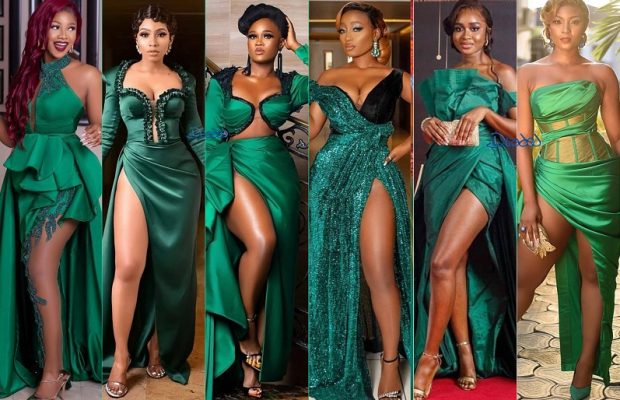 The Africa Magic Viewers Choice Awards (#AMVCA2020) held at the Eko Hotel and Suits in Lagos, Nigeria on March 14 and here are three lessons learned by 3 groups of Cameroonians.

Despite the fact that no Cameroonian was nominated at this year’s AMVCA, it is always a delight to watch Africa’s biggest fashion and movie event on live television, especially for most of us who don’t get the chance to attend.

The seventh edition of the AMVCA didn’t fall short of glitz and glamour. The biggest names in African film, especially Nollywood, and television came to the playground and boy did they have fun!

The appreciation of great filmmakers happened on stage but the red carpet glorified style stars in Africa and this year, an award for BEST DRESSED was given out ( Went to Big Brother Nigeria contestants Mercy Eke and Mike Edwards).

The AMVCA is now been dubbed the African Oscars/ MET Gala thanks to the importance stars give to their red carpet appearances.  Celebrities, with or without massive following online and even financial stability, always plan towards slaying at this event for reasons best known to them. Given how dignified the event is and how much promotion has been given to it, since its inception, no celeb wants to be left out of the guest list.

Everyone seeks to either impress colleagues or get notice by fashion editors and business corporations but most importantly, almost everyone wants a chance to speak with the media to sell themselves in the best ways possible. After all, the saying goes, “dress to impress your destiny helpers”. Most of the stars ‘support their own’ by collaborating with local fashion designers, makeup artists and hair stylists while knowing fully well that the continent watches every single detail. As a result, they promote their crafts and creatives in their land.

For an event whose itinerary has been made public for months prior to it happening, it’s only fair to say that Nigerian stars prepare so well. And this is a lesson Cameroonian celebs need to learn by just watching how prepared Nigerian stars are when it comes to events and branding themselves to not only gain fans’ attention but be noticed by marketing agencies/PR Agencies and the media for  possible future projects. Let’s just say dressing up to impress plays a major role in image branding. The #AMVCA awards excellence in film and television each year and from the nomination list, it’s fair to say that the best films in Africa get to make the cut. Unfortunately, no Cameroonian film was nominated this year.

Watching special moments in the lives and careers of other film makers while they accept their awards post-wins is a dream every Cameroonian filmmaker wishes to make come true for themselves. After all, who doesn’t love victory? But how will local films from Cameroon make it to that prestigious nomination list? Why do they hardly get notice? Are the films not qualified enough? Are they not good enough?  Are the films not popular enough? Are they not promoted and / or distributed enough? Why do Cameroonian films (like others from French Africa) get snubbed by Africa Magic annually, yet Nollywood movies, great or not, make the cut?

Do filmmakers not submit their films on time? Does Africa Magic snub film makers from Cameroon because they think they produce French speaking movies only? What do they have to do to get their films nominated on a platform whose objective is to promote and encourage African and not just Nigerian films? Should French African filmmakers boycott the AMVCAs? Many questions to be answered but by whom?

If the reason for their disturbing absence from the AMVCA nomination and recognition list is because they do not submit films on time or don’t have the standard production quality for their films, then Cameroonian filmmakers need to sit up. If otherwise, then Africa Magic needs to do something and fast about this issue. When the AMVCA began in 2014/2015, the issue of lateness was not taken lightly and that has been the case since. There were other award shows before they came on board but they made their difference by not tolerating lateness from whomever. For that reason, stars make punctuality their top priority if they want to enjoy every aspect of the event. They plan and prepare for this event for months and make good use of every opportunity while they are there.

This is a big lesson to every Cameroonian event organizer, celebrity and fan who wants growth in the entertainment sector. Time is always of the essence. The earlier you begin, the better you finish. Most Cameroonians do nothing but go with the ‘African time mentality’ where coming late to events has become a norm.

Lateness only go to drag the event to a point where guests start to leave even before it ends. Some organizers begin slashing performance time and put pressure on presenters to hurry up on stage because their planned program becomes null. It takes only a second for things to go from good, bad to ugly when the pressure is too much and time is not respected.

For a huge and widely viewed show as the AMVCA to begin at 5pm and end at 11pm, it goes to show that Cameroonian events have no excuse in keeping fans and celebs till 3-4am in the morning just because they couldn’t start on time.

This has to stop! We’re sure there were other lessons you learned…  We would love if you could share yours in our comment section below.

Writing and producing content is my life! I mean...10 years of working experience can do that, right!? Follow me @joanngomba
Related Items#AMVCA2020Cameroon Film IndustryFashionFeatured
← Previous Story Sama Tanya Who? Akwo Elonge makes modeling debut in Margo’s Mode
Next Story → Brenda Biya to donate proceeds from her new beauty salon to African charities