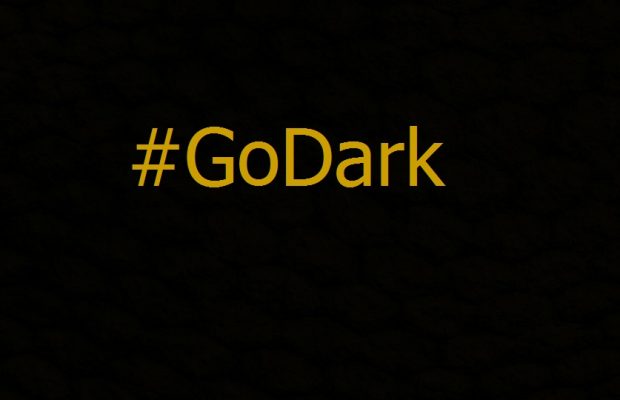 Some members of the Cameroon Film Industry are choosing to go dark on social media as a way of mourning the hundreds of lives lost in the on going Anglophone Crisis in the English-speaking regions of the country.

Famous movie makers are taking the lead to lend their voices to say no to police brutality which is reportedly the major reason why many civilians and soldiers have lost their lives and properties destroyed in the North West and South West regions since December 2016.

The #GoDark campaign is expected to last for a month and the objective is to raise awareness against military attacks on innocent civilians.

Those involved do not only want others to ask questions but also, to be aware of their decision to change their display pictures on all their social media platforms to stark black. They say so many people have died, including children and no one is saying or doing anything to stop the violence.

Their action is to make Cameroonians, both the Anglophones and Francophones, old and young, celebrities or not to to know they are sad and in mourning and they too can join their voices to say #NoToPoliceBrutality and to  wrongful arrest of innocent citizens under the banner of being terrorists.

“We want to draw attention to this issue without causing any public disorder,” explains one of the advocators of the #godark campaign.

“We are not forcing anybody to do this. It is simply our moral responsibility to mourn with those who have lost loved ones during this fight.

“Let anyone who wants to be part of this movement be convinced that they can contribute to bringing change which is needed to stop the killings. We are tired of losing our younger brothers and sisters, mothers and fathers. We want our kids to go back to school. We want our lawyers and teachers to be respected and for us to have the freedom to write, shoot movies and exhibit our films without oppression,” he added.

According to reports, the on going Anglophone Crisis in the NW and SW Regions of Cameroon has already consumed hundreds of lives (both civilians and military men/women), lands and properties rendering thousands homeless and seeking for refuge in neighbouring countries like Nigeria.