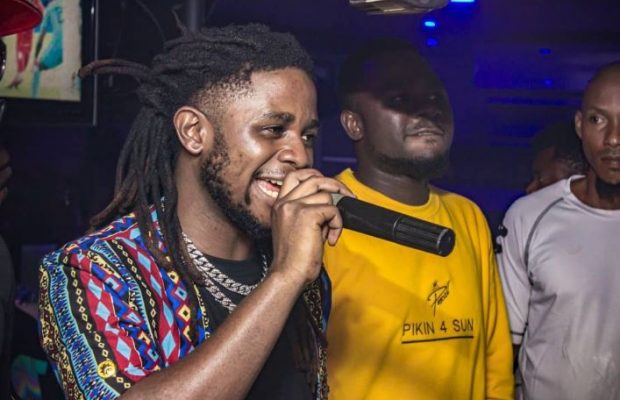 Singer, Awu is keeping up with his promise to give his 2019 hit song, ‘Yayayo’ another music video after the first one fell flat, claims critics.

The Cameroonian singer has released a few pictures from the behind-the-scenes of his new video shoot and fans have expressed anxiety of what’s coming next. This is only the second video Awu is shooting for the same song this year. The first ‘Yayayo‘ video, directed by award-winning director, Adah Akenji, dropped at a star studded release party in Douala on August 8 and was uploaded on YouTube on August 10.

However, the singer and his team decided to take down the video after hours of receiving heavy backlash on social media from fans. Many called the video “low budget”. Others claim the video lacked concept and came out cheap for one of Cameroon’s biggest and most popular songs of 2019.

The singer also denounced the strength of his own video and in a now deleted post on Facebook, Awu expressed how disappointed he was with the poor job done. Although Awu later claimed his post wasn’t directed at the director of his video, Adah akenji many fans joined him to slam the director online.

Now, just as the singer, fans are expecting the new video to the same song to be better than the former.

Writing and producing content is my life! I mean...10 years of working experience can do that, right!? Follow me @joanngomba
Related ItemsAwuFeaturedYayayo video
← Previous Story Pascal Yung declares himself one of Africa’s best rappers
Next Story → Salatiel breaks his silence on Mr Leo’s social media hacking mess