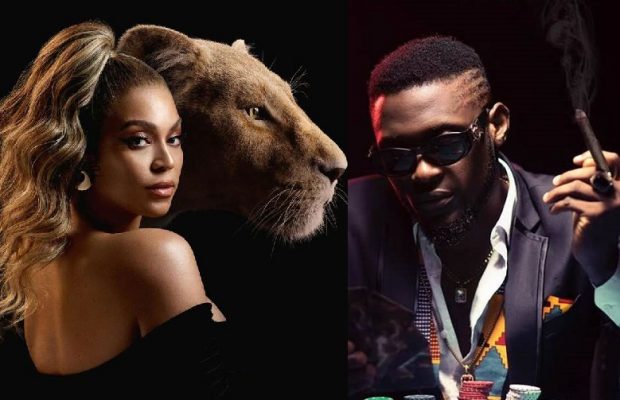 If public admiration for a song is anything to go by then, singer, songwriter and producer, Salatiel could become the first Cameroonian artist to feature in a Beyonce music video.

According to a recent post on Billboard.com, asking fans to vote for their favourite song on Beyonce‘s latest album, ‘The Lion King: The Gift’, the 7th track on the US superstar’s album titled, ‘Water’ is not doing badly on that poll. If going by this Billboard.com poll, and the popular knowledge of artists likely to shoot the videos for their most popular songs are anything to go by THEN, would Beyonce give her second most loved song on this album a video? Is there a possibility that Salatiel (the only Cameroonian musician on The Lion King: The Gift album) would be in a Beyonce music video!!??

Hold your breath #dcoders, we are only speculating, assuming and wishing this could happen.  Lol. But one thing’s for sure, ‘Water’ is a dope track, loved by the people, strongly recommended for a Billboard Awards 2020 ‘Song of the Year’ category and certainly loved by Queen Bey herself… and oh! Pharrell Williams!

Listen to Water by Salatiel, Pharrell Williams & Beyonce below: