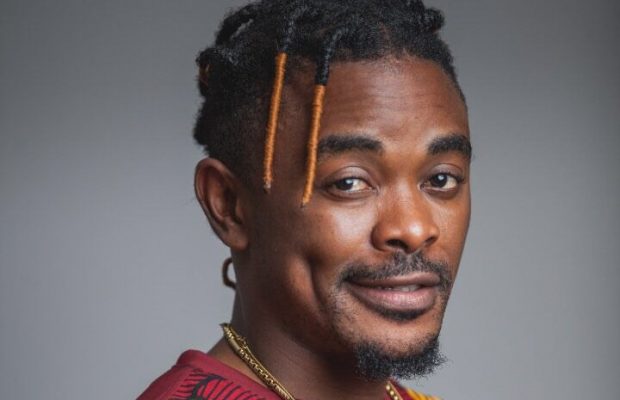 Is Blaise B throwing shade at his former record label, Alpha Better Records? Well, we are not so sure about that but here’s what the singer just posted on social media.

Blaise B is riding a solo career in 2020 after announcing his exit from Alpha Better Records last December. He has gone ahead to create his own label called, Akwandor Empire and is ready to start dropping new music. But it’s his recent social media post that is leaving fans even more confused about how he truly feels about leaving that label.

The ‘Clando’ singer took to his Instagram account, January 16 to share a message on “liberty” and “slavery” and that is only a few weeks after taking his leave from ABR. In his post, he insinuates that it’s better to face the world as a “free” man than be tied or “enslaved” to anything. In a social media interview with the label owner, Salatiel, he explained that the separation was peaceful and there isn’t any bad blood between Blaise B and the label. In fact, he said the singer’s contract with the label ended and he didn’t want to renew. He also went ahead to wish the singer well in his new career venture.

However, there are rumours making rounds that the divorce wasn’t amicable.

“Blaise wasn’t feeling like he was treated equally in the label. He felt like they weren’t doing so much for him like they did with other artists in terms of promoting and giving his music the promised attention it badly needed,” a source tells us.

“If you also look carefully, you’ll notice that Mr Leo and Salatiel have done duets together and released them but Blaise doesn’t have a single song with either Mr Leo or Salatiel respectively. What does that tell you?” added the insider.

On January 16, Blaise B had this to say,” I prefer liberty with danger than peace with slavery because the fears we don’t face become our limits.” What does he really mean? Blaise B posts on IG

Blaise B has announced he will be dropping his first single under his new label and the title is ‘Mr Romantic’. Our source tells us the song and and video are incredibly hot and he is very excited about the project.

“He is going back to his Clando sound and really wants his fans to hear him do different things as from now on,” says the source. Mr Romantic drops January 20… but we think he will have to fight that name with  Tzy Panchak who once told us his new name is Mr Romantic back in January 2018.

Writing and producing content is my life! I mean...10 years of working experience can do that, right!? Follow me @joanngomba
Related ItemsAlpha Better RecordsBlaise BFeaturedSalatiel
← Previous Story Blaise B obsessively stalking Mihney on Instagram
Next Story → Miss Cameroon 2020: 4th Runner Up, Adamma Bazil in Egypt for Top Model of the World pageant