Blaise B has a change of heart towards Tzy Panchak 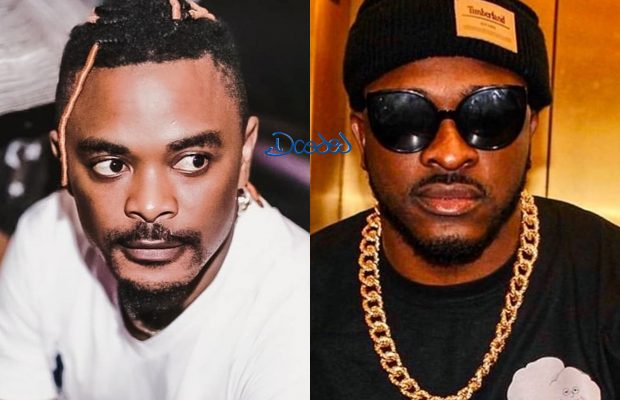 Back in 2017, Blaise B didn’t think Tzy Panchak was good enough but two years down the line, the singer-producer is throwing the Blu Nation soldier some huge accolades.

Blaise B has been making headlines thanks to his ‘disrespectful’ red carpet outfits to movie premieres but his support towards singer, Tzy Panchak is raising several eyebrows; especially after he literally told the singer that he was a horrible performer who needed more training.

It’s been two years since the famous feud between these two great singers but all seem to be great again in the music paradise now that the ‘Clando’ singer thinks the ‘Galilee’ crooner is “fire”.

Blaise B once criticized Panchak’s performance at the 2017 AFRIMMA, claiming it lacked proper professionalism and the singer needed some vocal training and performance lessons from “him”. Today, Blaise B has a change of heart towards Panchak and the way her performs. The Alpha Better Records star is seen under Panchak’s Instagram posts praising him for his stage performances and even using the fire emoji to describe how he rates his showmanship. Wahoooo!

Panchak has been great all through 2019! The singer has managed to keep a clean record, as far as scandals are concerned and has been focused on making good music and working with up and coming singers, producers and video directors. Blaise B and Tzy Panchak

Panchak, who is currently in the USA, recently dropped a new song/video titled, ‘Tomorrow’ which features Cleo Grae, Vivid and the talented Gasha. But this isn’t the first time they are working together.

Panchak picked out Cleo, Vivid and Tina Vernyuy for their 2019 hit song ‘Na So’ and also worked with Vivid on the conscious song, ‘Put Your Hands On We’. But his collaboration with Gasha in ‘Galilee’ raised hope for the ‘Back to Life’ singer who’s been struggling to get a comeback career since her return to Cameroon in 2017.

Panchak seems to be in a good place musically and with a support from his ‘Vocal Highness’, Blaise B, the singer will be heading into 2020 quite pleased losing one “hater”.

Writing and producing content is my life! I mean...10 years of working experience can do that, right!? Follow me @joanngomba
Related ItemsBlaise BFeaturedTzy Panchak
← Previous Story Stanley Enow called out on social media by young singer, Fhish
Next Story → Stanley Enow gets a public apology from Fhish