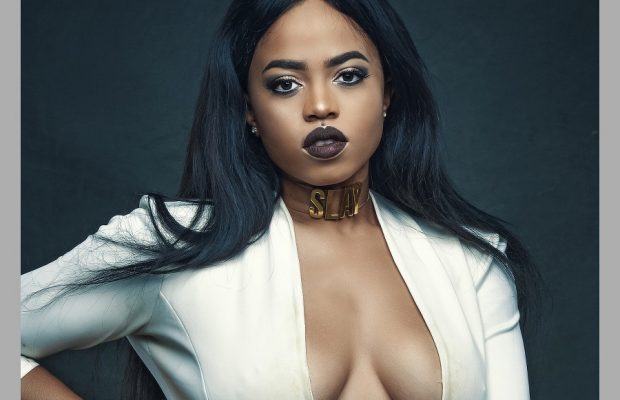 She has been linked to many men in the entertainment industry even though Blanche Bailly is yet to reveal if she’s in a relationship or not.

Now fans could be one step closer to finding out what it is that is a deal breaker for Blanche as far as her romances go. The Cameroonian pop singer spoke about her biggest turn offs in a single tweet on Thursday and fans are going crazy.

She is rather particular when it comes to her men, making sure the guy she is dating it is always impeccably eloquent. She also admitted that the sound of his voice does matter.

Im easily turned off lol
E.g a niggas voice or accent can turn me off
What’s urs ?

So, because she asked her fans to join in the conversation, one fan also share what turns him off about a babe.

Blanche was recently in the news defending her image against fans who claim the singer has gone under the knife to increase the size of her breasts after being slammed back in March.

The ‘Dinguo’ singer says body shaming is not only a major form of cyberbullying but also declared herself the most bullied Cameroonian artist.

I remain the most bullied 237 artist , so why shoudnt i be this strong? Lol

#onewomanarmy
It takes alot to break a strong woman

Writing and producing content is my life! I mean...10 years of working experience can do that, right!? Follow me @joanngomba
Related ItemsBlanche BaillyJoan On SexLove and RelationshipWomen and Sex
← Previous Story Stanley Enow says he’s a one man, one woman kind of guy in ‘Casanova’
Next Story → 5 Weird sexual habits guys practice behind closed doors