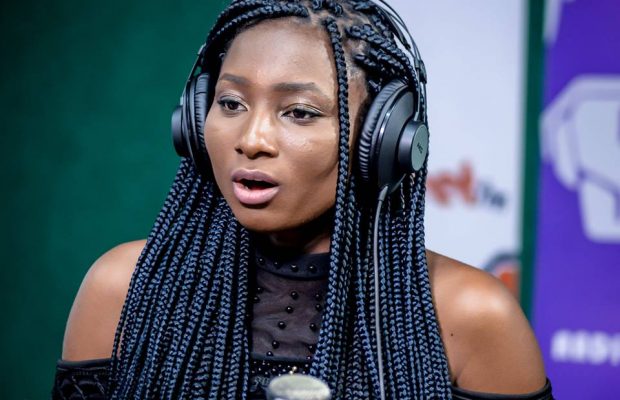 Cameroon’s dancehall queen, Ewube is off to join Daphne at Steven’s Music Entertainment and her fans are completely fine with it.

No official confirmation has been made from Stevens but rapper Boy Tag has already welcomed the singer into the folk. Ewube has dropped no news on her new record label deal as she’s yet to change her social media profile to carry the name of her music house.

However, the singer has been having an incredible 2019 so far. In January she released her latest single, ‘Cherie Coco‘ before dropping the video in February.

She also lend her voice to LesLine‘s emotional tribute – Stand 4 Peace – to those living in the North West and South West Regions of Cameroon. She also attended the prestigious Canal D’Or Awards 2019 in March where she was nominated for ‘Best Female Urban Artist’. She later opened the 2019 Urban Jamz Awards in Douala, performing several of her hit songs.

Although, the fans still await the official confirmation from her new record label, Steven’s Music, we want to join Boy Tag to welcome the singer into her new music home.

We can’t wait for fresh hits from the Queen!