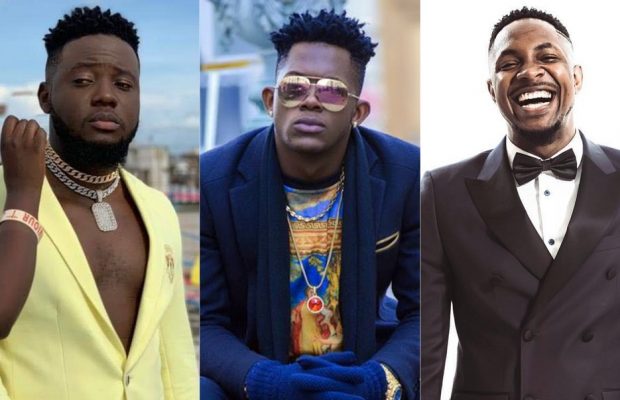 Just so we are clear, we are not huge fans of rap but when rappers show up in style, we are super attentive. Here is our list of the most stylish Cameroonian rappers below.

So we’ve come out with a list of who we think is bringing not just skill to the mic but also a sense of style that makes them stand out from the field of other attention-grabbing artists, which is tough to do, especially in this genre.

These hip hop musicians are consistently looking sharp when they’re on the red carpet, being photographed for magazines and photoshoots or performing in their videos. These rappers are rich and famous, but  they also have some of the best style in all of urban music today. He needs no introduction. His electric performances and cheerful mood in his social media videos will make his fans scream #kingkong all day long. To top it all off, Stanley loves to look good. He’s once been accused of rocking a fake Philip Phlen watch but that doesn’t mean he can’t afford the finest fashion items money can buy. The ‘My Way’ crooner has consistently earned praises for his fabulous fashion choices. Whether in casual, suits or traditional attires, he stands tall on our most stylish rappers list. He doesn’t just make great rap songs, but also makes his fashion style nearly as successful as his music. While his style is not for everyone, the Big Dreams Entertainment rapper sure makes the most of his fashion choices. He rocks everything – from being colorful, to all black to distressed jeans and blazers – and waers the best shades affordable. A whispering bird tells us, “He’s the most stylish rapper in Cameroon 2019′ and it’s hard to disagree with that. He’s a very handsome guy, with good music, nasty scandals and a huge personality but believe us when we tell you that he brings all of it to his appearances. We love it! Just like his music, this rapper pours enough energy to his fashion. He never appears boring on the red carpet, photoshoots or music videos. Tenor brings the most to his style and is unapologetically edgy. He’s not afraid to dare with his looks and we are here for it! Whether in T-shirts, shirts or shirtless, the ‘Do Le Dab’ rapper has no problem looking dashing for his fans. He’s clearly universal as far as his fashion choices are concerned. Who doesn’t love Tenor and his style? No one! When this fast rising Hip Hop act steps out, he steps out in style. He’s hardly seen in suits but his casual looks are to die for. Mic Monster’s casual glam leaves us grinning with envy. He loves his custom Tees and hoods and with his braided haircut, he looks super cool. He gives his fans a reason to look fresh and clean without breaking the bank. To him, :fashion doesn’t have to be a struggle.”