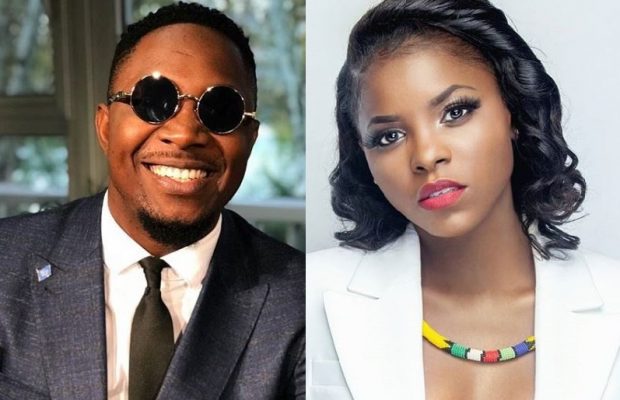 Some Cameroonian music artistes are on a mission to stamp their presence in the movie industry. From Stanley Enow to Daphne, here are a few local artistes who have made their acting debut in 2019.

It is not very often finding Cameroonian musicians take their writing skills to the big and/or small screens. But in 2019, three of them; Hip Hop super star, Stanley Enow, Rapper and OAP, Nabil Fongod and Afro singers, Daphne and Nabila have joined the league of musicians in the acting business. Fans can’t wait for the results.

Check them out below. She is a music powerhouse. A multiple award winning singer who has everything working out for her in the singing department but Daphne has made her acting debut in the Kang Quintus movie, ‘Fisherman’s Diary’ in a minor role. The film also stars Nollywood giant, Ramsey Nouarh Jr., Damaris Ndamo, Kang Quintus and Laura Onyama. Although reports say this isn’t her first attempt at acting, this film could very well be her first major film she ever featured in. He’s one of Cameroon’s biggest music exports, Stanley Enow aka King Kong has made his acting debut in an upcoming film titled ‘The Return To Kinship” by Agbor Steve. Although it’s still not clear what role the hip hop star is taking on, fans sure can’t wait to see how he fares among the other casts like Joseph Benjamin and Okawa Shaznay . Cameroonian RnB singer, Nabila is the latest artist to dab into the movie industry as she makes her debut into the upcoming movie, ‘Broken’ along side Ghanaian movie star John Dumelo. Although this is her first attempt on a movie set, members of the crew tell us that the singer was pretty much professional and was not only prompt to set but took her role very seriously. He is a rapper and media personality who now has close to four movies below his belt. His previous hit song, ‘This Is Africa TIA’ featuring music producer Sangtum, is only one of the many things Nabstar can do. Movie Directors, Nkanya Nkwai and Mbeng Ngassa have both cast him in their latest short films, ‘My Image’ in 2018 and most recently, ‘Church Street’ where he acted alongside Ecrans Noire winner, Laura Onyama.