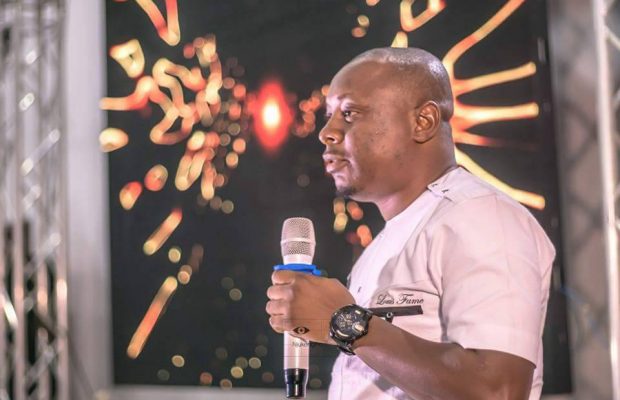 After one whole week of me excitingly watching and enjoying Cameroonian home-made movies at the W Cinemas, Buea and attending phenomenal workshops on film/TV production, acting and screenplay techniques, it was really sad to wake up to the news that the success of this year’s Cameroon International Film Festival (CAMIFF) has once again been hijacked by a nasty sex scandal.

Honestly, it was like history repeating itself as back in 2017, the much anticipated annual movie event was rubbed off its success by an alleged sex affair between a famous Cameroonian actress, Nsang Dilong  and Nollywood superstar Ramsey Nouah Jr.

According to a now viral Facebook Live video by popular blogger, Valery Atia, this year’s CAMIFF has once again been tainted by another sex scandal between actress Soli Egbe and Nollywood icon, Zack Orji, an episode which seem to have taken over the festival and its major objectives.

The accused actress has since denied the sex allegations calling the rumors untrue. But before I could digest her refusal, Atia returned on Facebook (May 1) calling out the actress again for paying off a blogger to drag her fellow colleagues – Stephanie Tum and Solange Ojong – into her own mess! She’s yet to react… Just as the dormant PR team for CAMIFF need to quickly address this situation before Zack, Ramsey and whoever start refusing invitations to future CAMIFFs.

Well, I could go on and on with this crazy and senseless distraction but hey! I attended CAMIFF and care less if two adults had sex. I want to focus on the incredible movies I got the chance to watch and my experience on that red carpet … I mean the most attended red carpet I have seen in this country!

But first let me hit the BAD button. CAMIFF is that one event I look forward to attend or follow on social media each year. It’s an event which celebrates our own movies, cinema, film makers, our diverse cultures and dress codes. I love to play dress up and mingle with stars over glasses of Champagne or just bottles on soft drinks or should I say, getting them to spill some movie secrets right above my microphone!?

This year was no exception but there was a little problem – the CAMIFF website appeared stale and scarily empty. For an international film festival on its third edition, it’s sad to know that despite so many calls for change from loving fans, privately and publicly, the website has remained un-updated for above a year!

Another scary issue was sending off guests who may have disrespected the dress code to the event. Founder of CAMIFF, Agbor Gilbert was spotted rudely sending home guests who came from far and wide for not respecting dress codes for either the Cultural Night, Canon Red and White Night or the BVS All-White Party. An act which turned me off and certainly irritated anyone who stood by and watched. However, the question remains, why didn’t they just dress according to the theme?

Besides these two issues CAMIFF 2018 is been the best so far! I have to applaud the effort and work put behind the organization of this year’s festival. The CEO and his team made sure the program of the festival was ready months before the event and to be honest, it was fully and well followed to the teeth.

Timing has always been an issue with our events but that wasn’t the case with 2018 CAMIFF. The films screened at the cinemas began and closed on time. There was a team in charge of making sure all movies announced were screened and on time, whether the cinema was full or not.

I had the chance to watch four local movies – Tenacity, Rebel Pilgrim, Defying The 6th and Life Point and these films have left me believing in our movies even more. For the first time in the festival’s 3 years, the number of people who showed up for the screening was impressive.

Since I’m not an actress or film producer, I couldn’t fully attend the acting workshops but I showed up for the Canon workshops were I had the opportunity to know more about the most recent Canon cameras and production equipment and techniques. Our teacher showed us better ways to light up a set, better ways to shoot from different angles and what their recently introduced camera is able to do besides just shooting underneath water. If only I could afford, I would have bought one of those neatly displayed cameras in the hall. But I returned home with a broader mind.

No disrespect to the festival’s ambassador, Ramsey Nouah, but it was really good to have another African movie icon at CAMIFF this year. The presence of Zack Orji and eventually Ghanaian movie sweetheart, Nadia Buari was really welcomed. Both gave the event a different feel of growth and importance which also heightened the confidence and participation of those who took part at the film workshops. Then came the parties! As we all know the red carpet is always lit with stars showing up to make the spotlight with the best of the best designs. This year, I noticed that many celebrities mostly patronized our local designers and seemed to have prepared for the event months ago. Stephnaie Tum, Laura Onyama, Claudio Oben, Damaris Ndamo, Berlinda Nahbila, and non-movie makers all showed up in their bests.

They had the best things to say when it came to the improvement on film production, cast selection, screenplay, acting and generally, the way forward of CAMIFF. I could see enthusiasm and optimism in their eyes as they spoke with DcodedTV. I realized there was hope. They wanted something better and needed a radical change in this film industry. With that, I pray we get to see changes pretty soon. At least before the nest festival. What I also noticed this year was the presence and participation of music stars. Salatiel, Blaise B, Tzy Panchak, Ambe and many other music stars showed up. So, maybe it’s time we put to rest this idea of musicians being blamed for not always showing love to movie events.

As this year’s CAMIFF came to an end, all I could see was hope AND THE USE OF A BETTER PR. However, my conclusion is that the film industry can be improved if only there’s togetherness and trust among us all. Filmmakers need to tell real and better stories and do more research on what quality of films they want to make. As for their lifestyle, they know they need to work on it and fast!

Writing and producing content is my life! I mean...10 years of working experience can do that, right!? Follow me @joanngomba
Related Items#camiff2018Agbor Gilbert EbotCAMIFF 2018FeaturedRamsey Nouah Jr.Solange OjongSoli EgbeStephanie TumZack Orji
← Previous Story Celebrity Endorsements: Are Cameroonian brands getting it right?
Next Story → Red Carpet: Why is it such a big deal in show business?