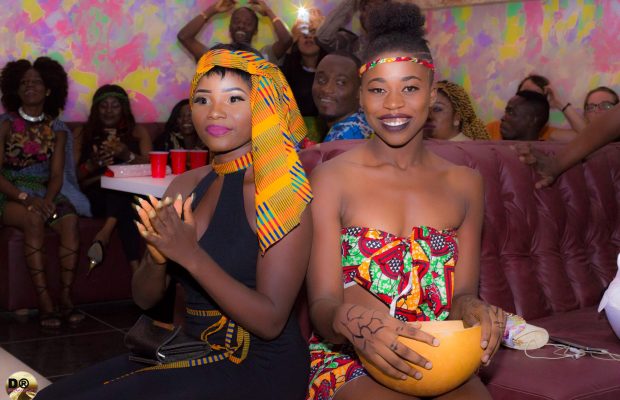 The Cameroon International Film Festival (CAMIFF), is an effort to put Cameroon cinema on the international stage.

As a ‘cinephile’ (lover of film), I have been keen on the efforts been made to push the industry forward. Reason why for two years I have followed the festival to see the breakthroughs that come out of it, beyond the glitzy updates of red carpet fashion choices. For unavoidable reasons, I can’t attend the festival, so I have tried to depend on a key portal for updates and information—the CAMIFF website.

Anyone hoping to get information from actors, screenwriters and directors will be frustrated by just shiny pictures on social media. They don’t provide any in depth info that gives you perspective on a rather well-meaning effort. The website is scarily empty, stale and most annoying, badly written. As a key reference point into CAMIFF, the website is a despicable display of bad English and stunning emptiness.

For about two years, I have attempted to get the operators to edit the website, at the minimum just for basic grammar. Little things matter. They are usually the iceberg that sink a Titanic. Worthwhile as the CAMIFF effort is, its website is a demolishing iceberg. I have written to them directly via their Facebook page on the need for such basic edits. I chose to message them directly because the Facebook page promises to reply to messages within two hours. It made sense to me that this would be a useful medium for receiving and replying queries, concerns, giving infos and updates and interacting in a timely manner with audiences. Guess what? Again, no response and no edits.

Like most Cameroonian efforts, it is big on promise, small on results. I realised yesterday that they have a communication officer. One who spends a lot of time on Facebook comment threads calling iconic writer and feminist, Chimamanda Ngozi Adichie an attention seeker for asking Hillary Clinton a question at an interview meant to ask questions. So much effort to remove a speck of dust while forgetting the wood in her eyes.

We want to see the highlights of this festival, the stellar efforts in Cameroon cinema, and how they might revolutionize filmmaking in Cameroon, maybe Africa. I am convinced there are worthwhile efforts in this domain but how do we know? Where is the communication beyond a flood of pictures on the new addiction called red carpet?

I remember reaching out to an actor privately, in the hopes that he could reach those in charge! He asked me what I was doing for the industry but for criticising efforts made. This is always the response one gets when you attempt to highlight something important. Apparently we who don’t act or make films should not recognise or talk about issues, as if the products are consumed only by actors.

Never mind the fact that criticism is a contribution, does the fact that you make an effort mean that effort cannot be interrogated?

Writing and producing content is my life! I mean...10 years of working experience can do that, right!? Follow me @joanngomba
Related Items#camiff2018CAMIFFChimamanda Ngozi AdichieFeaturedHillary Clinton
← Previous Story Makonjo Media launches ICT training program for Christian and Muslim groups
Next Story → Will Cameroon ever free herself from nothingness and mediocrity?