Celebrity Endorsements: Are Cameroonian brands getting it right? 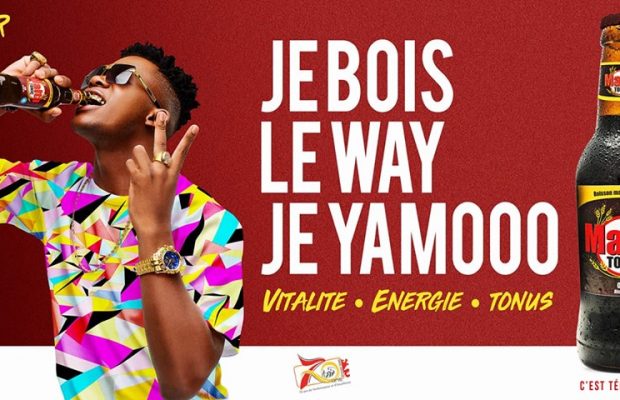 If you have been observing the Cameroon marketing landscape for the last 3 years or so, you may have observed that a certain fever seems to have gripped quite a number of the major brands in Cameroon. Not that it hasn’t happened in the past, but the sudden wave of high-profile celebrity endorsements coupled with the ‘push’ of these on social media makes it hard to not notice, even when one isn’t particularly looking.

And quite simply, it makes sense. I mean, people idolise celebrities, and in Cameroon, we are getting to see more and more of them have quite the recognition on a continental and global scale. Add to this the fact that their presence on social media increases their proximity to us, the argument to use them becomes stronger. Perhaps the grand unveiling of Samuel Eto’o as MTN Cameroon’s brand ambassador back in March 2016 and the success that ensued led to the litany of celebrity endorsements we are seeing today. MTN Cameroon brilliantly launched its campaign under the #EtooPeut (Eto’o can) hashtag as an allusion to the possibilities of things that Eto’o (and by extension the customer) could do with MTN’s newly introduced 4G connectivity. This campaign gained even more popularity as it was parodied by many on social media as the promotional hashtag was used to poke at Eto’o’s extramarital affairs; that and some other derivatives.

But there’s no such as bad publicity, right?

And so the rain of celebrity endorsements starting pelleting on us. Some quite ingenious, and others quite frankly seemed to have no head or tail. For some, the choice of the ambassador was quite questionable as one look at the ambassador, then at the product and then at the target market didn’t show any correlation. Perhaps the most outlandish was Mani Bella advertising SANO mineral water. Somebody thought that riding the coattails of her success with the hit song “Pala Pala” was more than enough to slap her face across billboards, a bottle of mineral water in her hand. If any connection there was, it must have been so poorly expressed that it got lost in the copy.

You’d have to forgive me, I couldn’t find a picture of that campaign.

But as we move on with the topic, I have to let you know that celebrity endorsements certainly do have an effect. As a matter of fact, Marketwatch claims that just one good endorsement, especially one that is heavily promoted on social media, can lead to an almost immediate 4% increase in sales. But to take that as the gospel according to endorsements alone would be pure folly. It takes more than Mr. Leo saying he likes a phone brand for people to line up to buy it. A combination of many things come together to make your product a success. Your pricing, distribution, point-of-sale marketing etc all work together to determine how good your product will sell.

So, how does a brand do celebrity endorsement and how have Cameroonian brands be faring?

It goes beyond being a face for a campaign: The best kind of celebrity you can have to endorse your product is the one who actually believes in, and uses the product. He/she shouldn’t be just another face that is plastered on billboards. It is better if they live, eat and breathe the products they are paid to promote. That way, they do more than just what their contractual obligations stipulate. They effectively become spokespersons for the product even behind closed doors. One of the most interesting things I noticed about BICEC Bank signing Stanley Enow as the brand ambassador was the fact that Stanley Enow had been a BICEC customer since he was a student. So when the Billboard calimed on the campaign that he was a BICEC customer just like his father, that was no gimmick. +1 Point for BICEC. Celebrity endorsements have to be targeted accordingly: Let’s remain with Stanley Enow and BICEC Bank and on an issue that I had addressed in an earlier article written last year. Enow’s signing was purported to usher in high-value clients. The fit between the ambassador and the desired target market was so incompatible I was left wondering. I found this very peculiar and to quote from my earlier article; “and who are these high earners and potential VIP customers that BICEC is now shopping for? Certainly not many young people. In fact, one could easily say the really high earners are in the age group of the CEO of BICEC (give or take 10 years) who do not even know the new brand ambassador.” -1 Point for BICEC

The person has to be a right fit for the product: I would have to congratulate Les Brasseries Du Cameroun for their choice of rapper, Tenor as the brand ambassador for their new drink, Malta Tonic. The drink is supposed to be a tonic and by therefore should give consumers an energy boost. Tenor is a very energetic person as can be seen in his music videos and his on-stage performances are quite revving and electrifying. It seems quite natural and so fitting that he be chosen to sell a drink which is supposed to boost you into the same state. Not to mention their use of Tenor’s trademark “le fiang le way le yamo” into “Je bois le way je yamo” is just excellent. Have clear objectives: This point perhaps should have perhaps been the very first one just so it can underscore the importance of setting clear objectives for just about anything that has to do with marketing efforts and by default, celebrity endorsement. MTN showed how to use someone with the star power of Eto’o and we thought that UCB who signed him as brand ambassador in December 2017 was going to follow in their footsteps. On the contrary, UCB has produced one of the most lackluster campaigns ever. Apart from the poorly-designed posters that promote their product, the campaign itself seems so generic and mundane. Frankly, any unknown model’s face could have been put up on these posters and it wouldn’t look any different. Which is a shame because not only do they have a really good product, but they have also watered down the star power of Samuel Eto’o which I’m guessing must have cost them an arm and a leg. It can be used for short-term Marketing efforts: This last point is not so much of a celebrity endorsement example as it is the use of a celebrity for a short-term marketing effort. That is why I found BVS Cameroon‘s joint campaign with YooMee Mobile quite interesting. Both teamed up with rapper Mink’s to promote BVS‘s “Mimbo” wine and YooMee Mobile‘s internet services in a series of proximity campaigns. The move, I daresay, is aimed at positioning the Mimbo wine brand in the youth market and with its partnership with YooMee both are saying “this is a party drink for connected young people.” Mink’s brings the party, Mimbo brings the drink, and YooMee brings the connection. It’s quite an interesting take.

In conclusion, it is important not to lose sight of the most important thing which is, and will always be the product. Anything else layered on top of that will be wasted if the product isn’t great. As a matter of fact, one study found that the use of celebrity endorsers does not necessarily influence consumer brand loyalty. But the same study also says that endorsements are a powerful and useful tool that magnifies the effect of a campaign.

As long as they are used correctly of course.

Writing and producing content is my life! I mean...10 years of working experience can do that, right!? Follow me @joanngomba
Related ItemsFeaturedLes Brasseries Du CamerounMani BellaMinksMr LeoMTN CameroonSamuel Eto'oStanley EnowTenor
← Previous Story Did Alpha Better Records hit the wrong button?
Next Story → CAMIFF 2018 REVIEW: The Ugly, The Bad, The Best