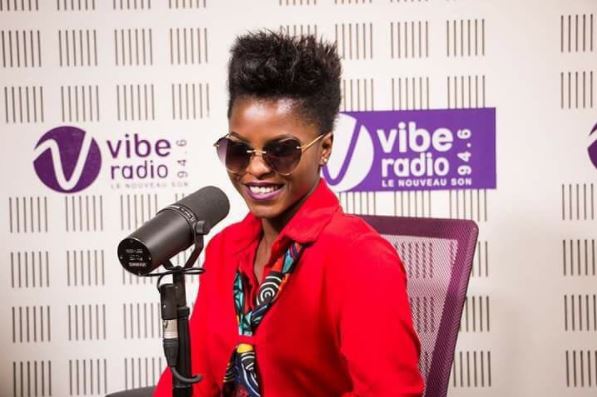 The Stevens Music star reportedly brought the stadium to its knees after an electrifying performance in Gabon on July 23. Daphne, was shown too much love in Libreville  as fans screamed for more of her as she performed some of her major hit songs. An atmosphere which is completely the opposite from her previous in Geneva, Switzerland early July where she had no audience during her performance.

“It was like an angel was on stage. She [Daphne] is really talented and we just love her music and want her to come to Libreville more often,” an eyewitness tells us. The singer, best known for her hit song, “Calee” met an almost empty field when she mounted the stage in Geneva to thrill her audience with her hottest songs. A close source told us most Cameroonians were too busy to show up and some had no idea the singer was coming for a show in Geneva.

Well, Switzerland is a thing of the past as the singer is ready to continue her ongoing “African Invasion” music tour in high spirit.  Daphne‘s next appearance is in Lome, Togo on July 28.

Writing and producing content is my life! I mean...10 years of working experience can do that, right!? Follow me @joanngomba
Related ItemsDaphne
← Previous Story Cameroonian model Manuel Taccini gets completely naked in new photos
Next Story → 5 truths to pick out from Ambe’s “Reste Là” music video