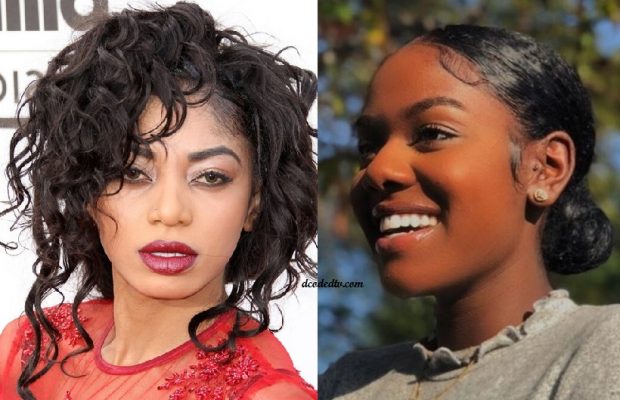 Pop singer and businesswoman, Dencia is accusing young fashion designer and activist, Mina Eyango for lying about being blocked on Instagram by Whitenicious.

As we earlier reported, Mina Eyango claimed Dencia threatened her life and that of her family simply because she slammed the idea of dark skin women changing their skin color with skin bleaching products like Whitenicious (owned by Dencia). She also revealed that because of that same remark, Whitenicious blocked her on Instagram! Well, Dencia is now claiming it’s all a lie! In a now exposed private conversation between both women, the Whitenicious boss didn’t spare the young activist! She accuses Mina of being a hater, a fake activist for women empowerment and  a kiss ass to Brenda Biya (who’s Cameroon’s First Daughter and Mina’s best friend).

Oh! That’s not all. Dencia even drags Mina’s parents into the beef, including her famous dad Ndedi Eyango; Claiming the Makossa icon did and still does “wack” music and sleeps around for government favours. You don’t even want to know what she said about Mina’s mother!

We’ll drop the screenshots from Dencia and Mina’s private conversation below. Slowly read and follow up keenly. 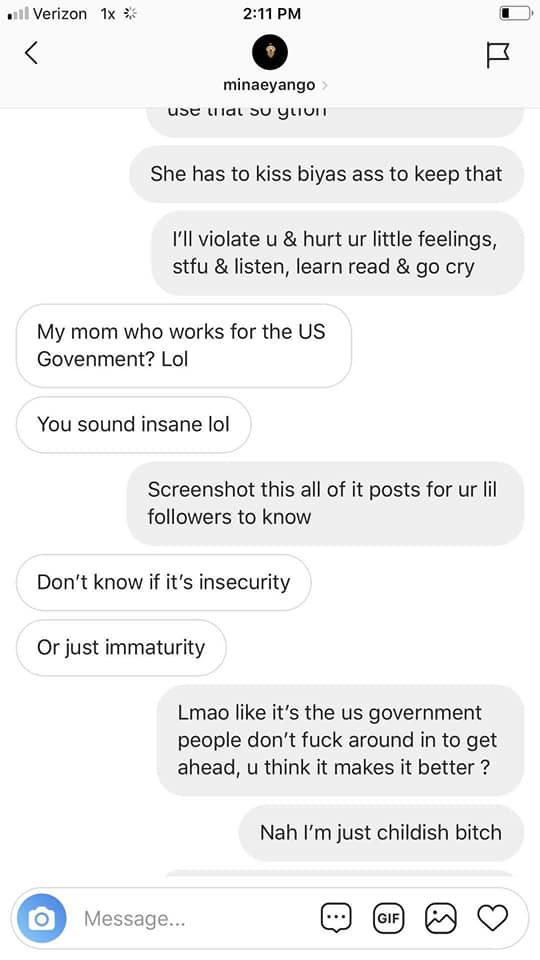 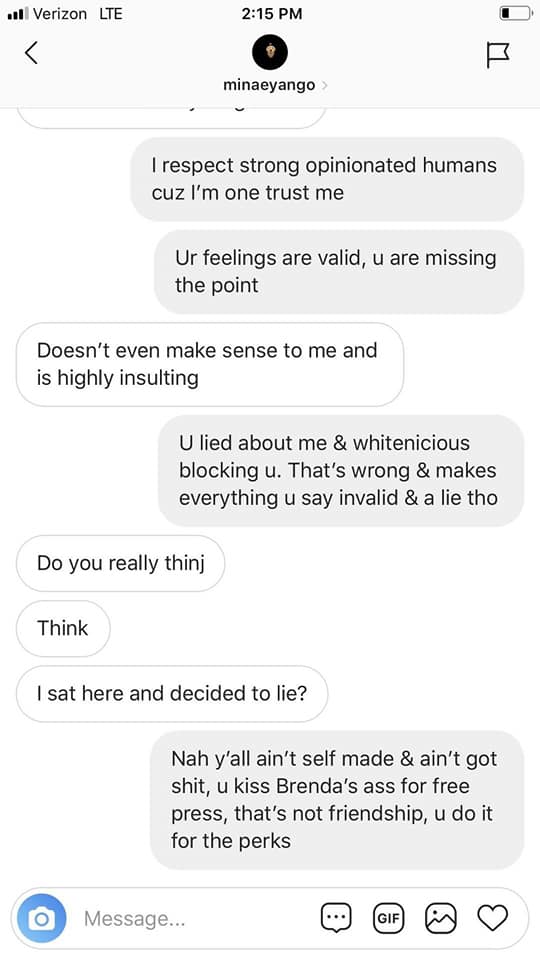 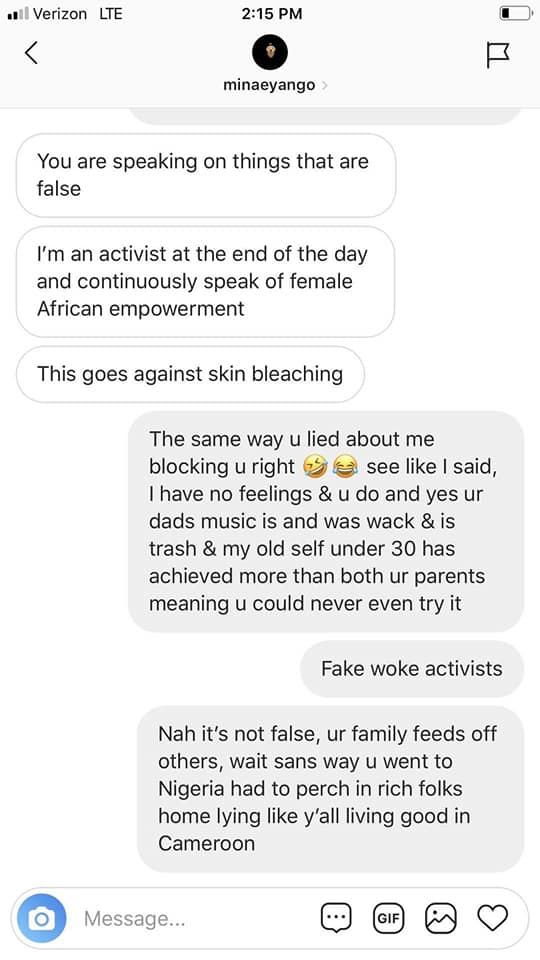 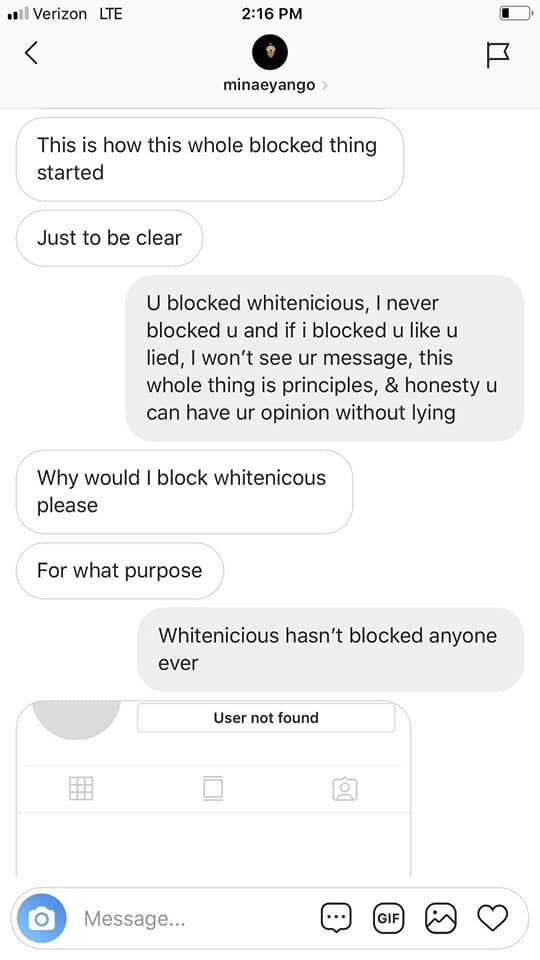 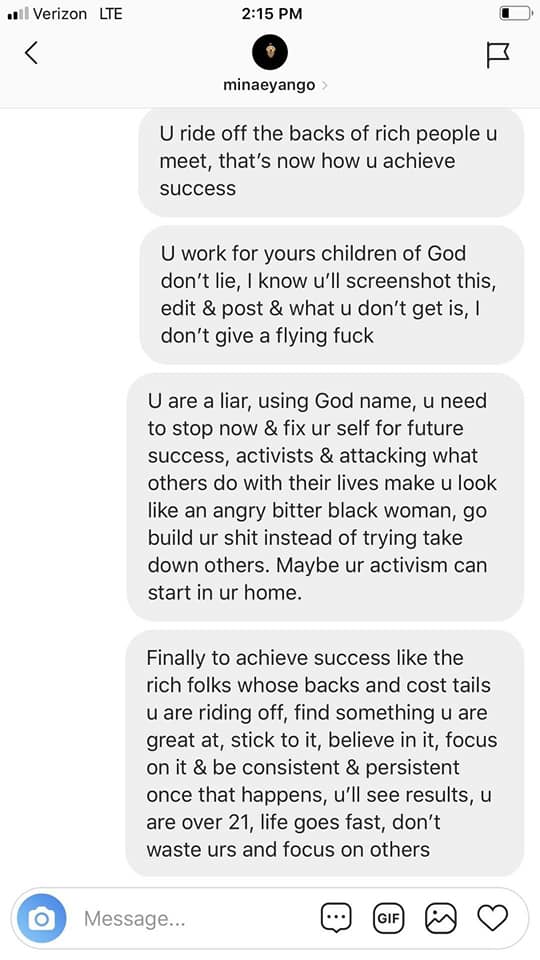 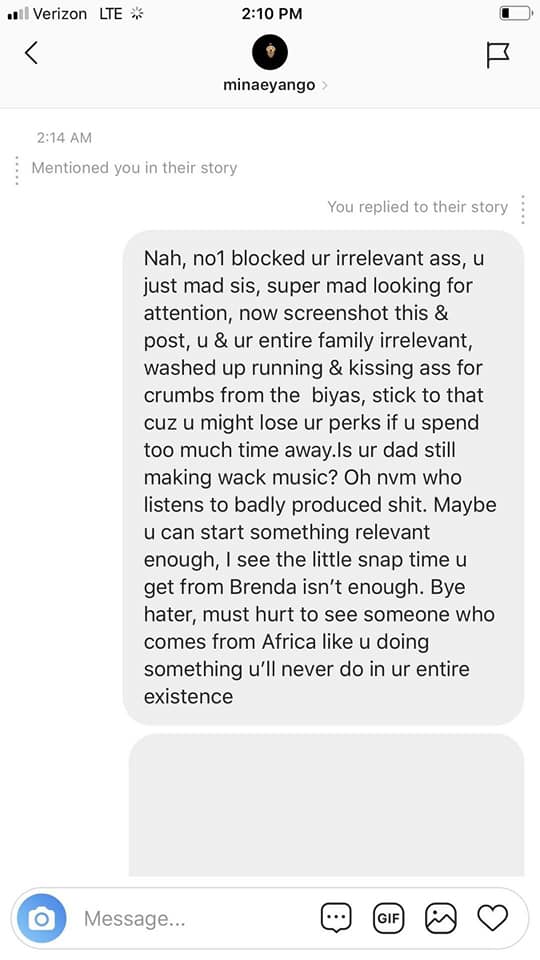 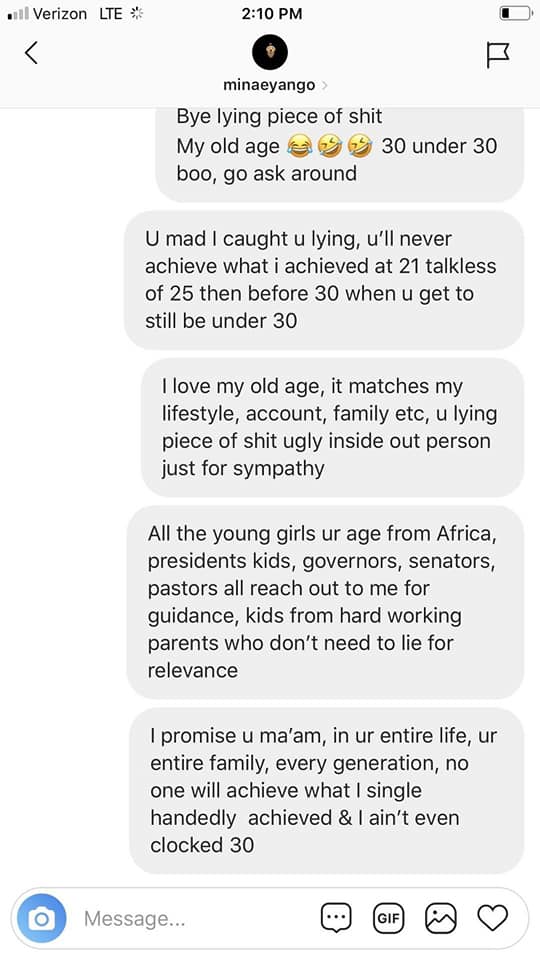 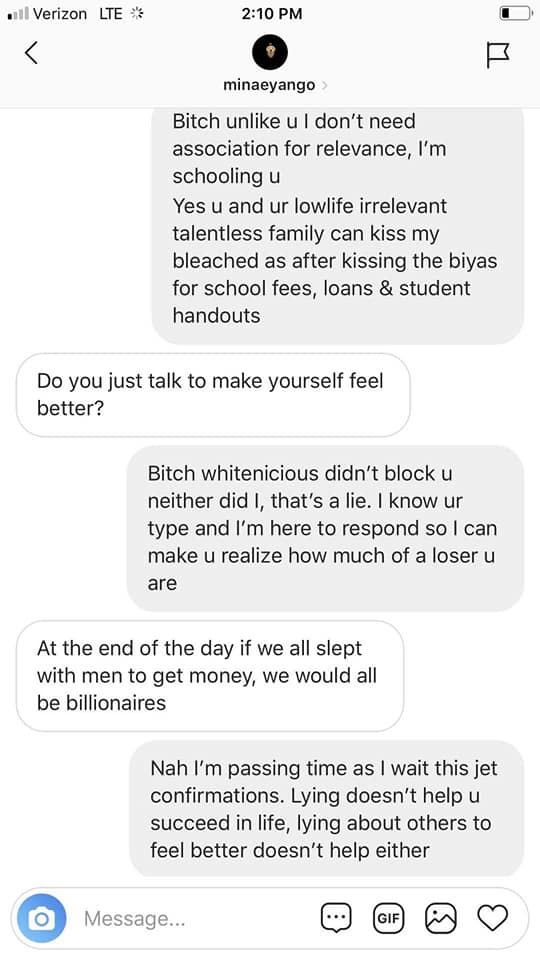 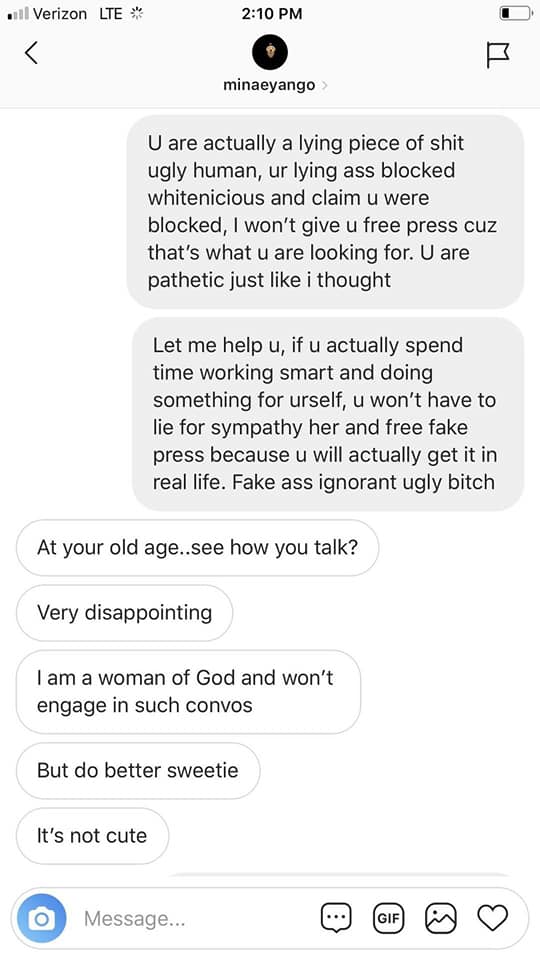 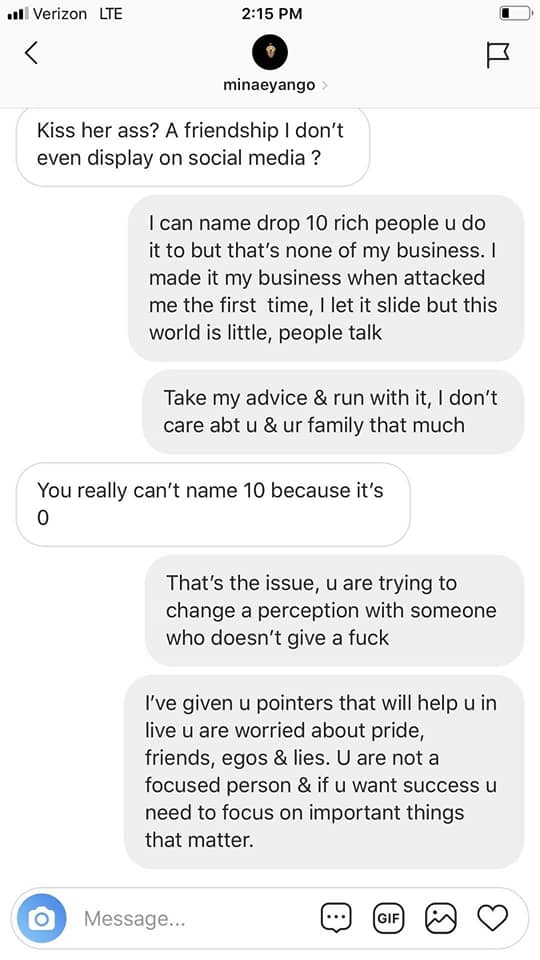 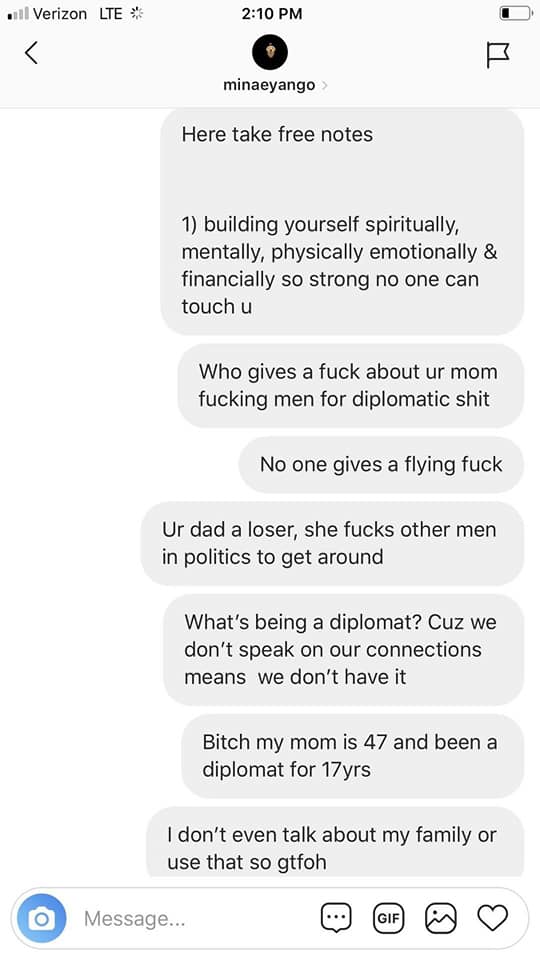 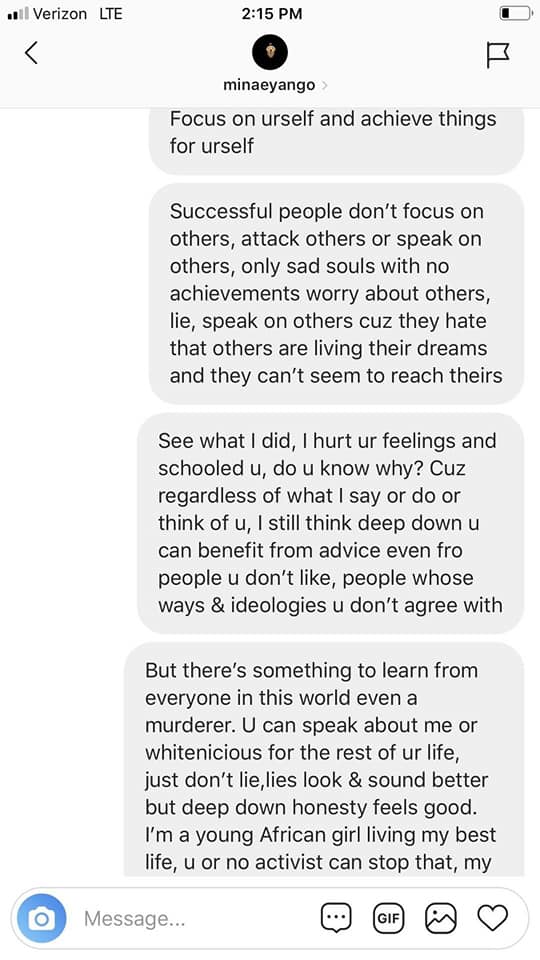 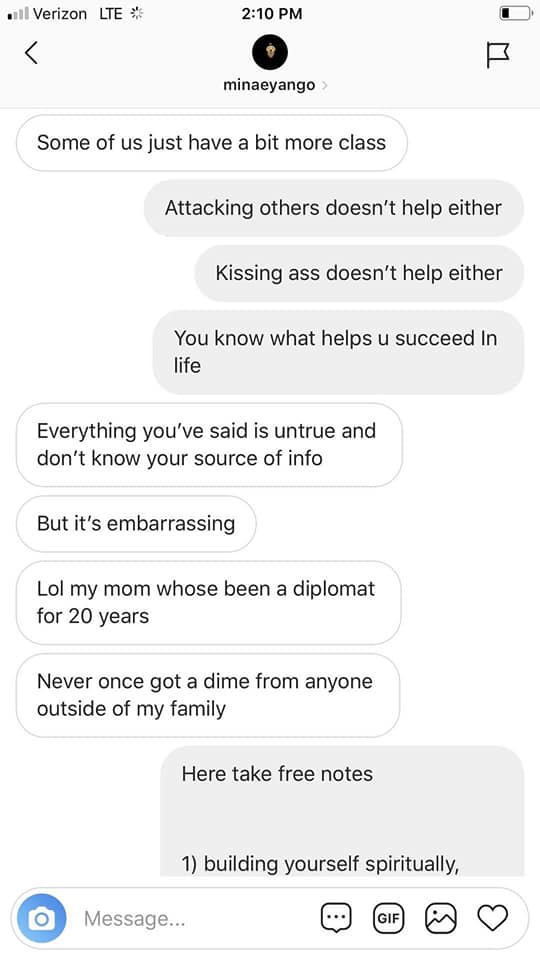 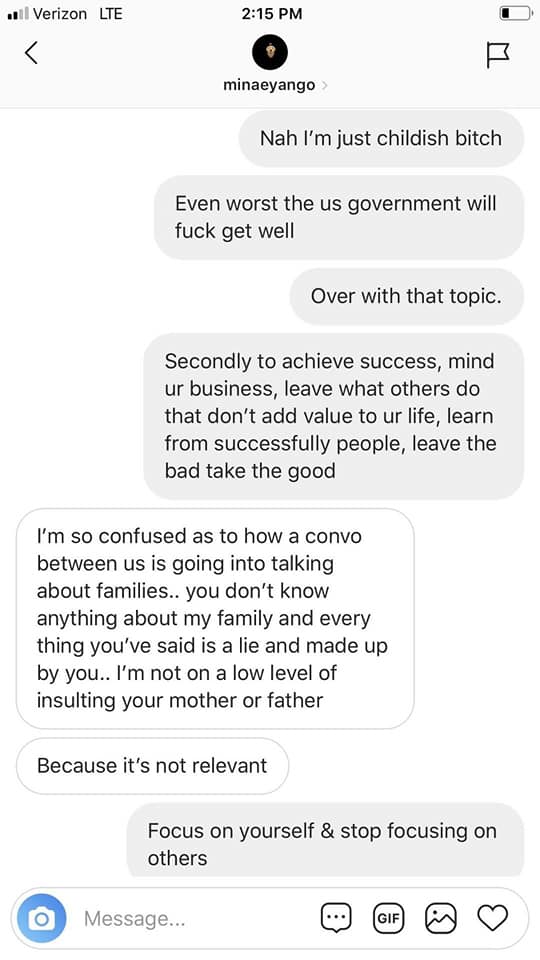 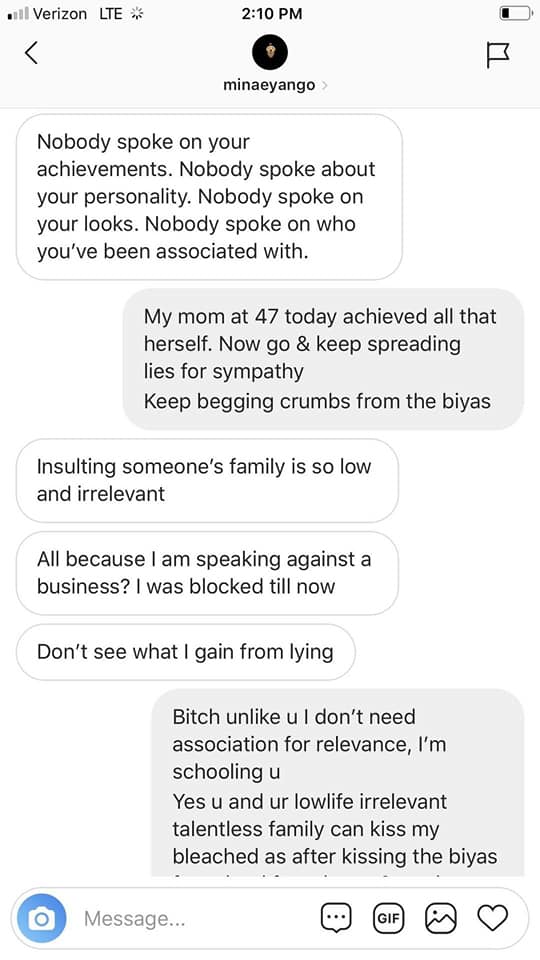 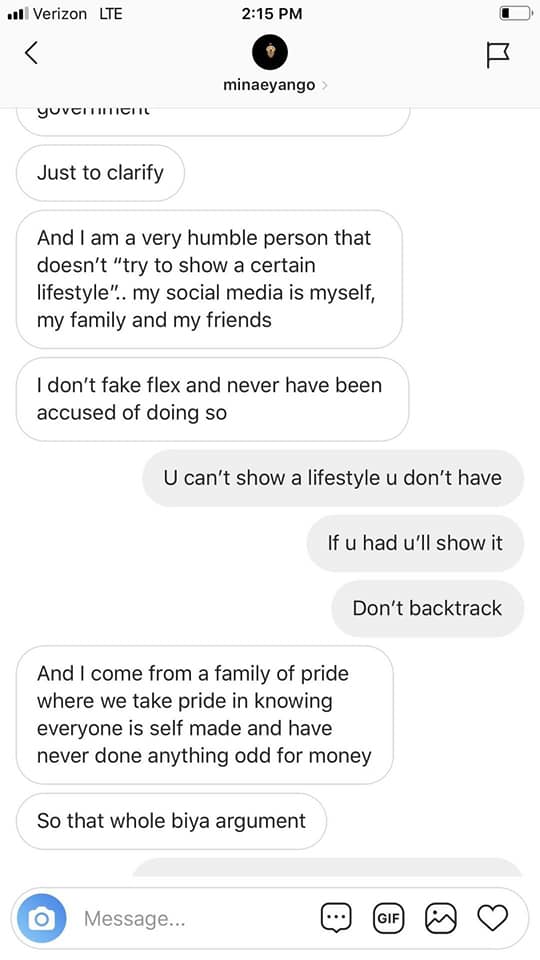