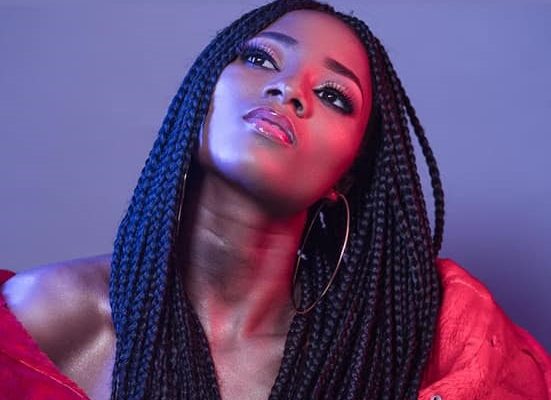 Ewube is now a bonafide member of the Stevens Music Entertainment family.

The renown record label has officially welcomed the former Omega Records singer into their folk in a press statement, June 10 and confirms she has a new song all ready to pop! She will join our roster of formidable artists including our award-winning superstar Daphne, our song bird Shura, the indefatigable Boy TAG and our futuristic star, M-Pro. SME has been a big fan of Ewube since the beginning of her career and have watched closely as she continues to grow her presence in the industry.

SME is getting a tried and tested artist we believe is poised to be the next best thing out of the Cameroon music scene.

Dubbed the Cameroon “Dancehall Queen”, Ewube launched her career in 2014 with the hit single ‘Party All Nyte’ under her then label, Best Music. Her releases since then have seen her become a stable name in the Camer Urban scene which included a partnership agreement she had with the creation of her most recent music house, Omega Records. She’s had numerous nominations in many awards including most recently a, ‘Best Central African Female’ award at the just ended AFRIMA Awards.” SME spokesperson reveals. The record label has revealed that Ewube has began working on new music under her new music home and already has a new song which should drop soon.

“She’s partnered with Alpha Better Records working tirelessly with Mr. Leo and Big Joe to make some really good music. She’s also continued to work with CFX who produced her last single “Cherie Coco”. With her versatility, she’s also worked with the 808 Nation’s beat guru Sango Edi and continues to make music with many other producers we just can’t name yet.

Ewube will make her SME debut with a song written by Mr. Leo and produced by Big Joe; ‘C’est Toi’. The track is an up-tempo dance track that allows Ewube to flex her vocal chops while giving her enough room to bring in her dancehall vibe. We are excited about this track and believe it’s the perfect song to launch this next phase of her career,” states the label. Reacting to her new music deal, Ewube had this to say, “I’m excited about my new team, and it’s been great so far… I feel confident about the future and I am sure this opportunity will be the much-needed spring board in my career thus far. ‘C’est Toi’ is exciting and I can’t wait for my fans to hear it. I am hoping they will love it as much as I do. The video is crazy beautiful and you will tell it was fun shooting it with Dr. Nkeng Stephens”.

With a great voice, great vision and an amazing sense of style, we can’t wait to see Ewube do greater things.