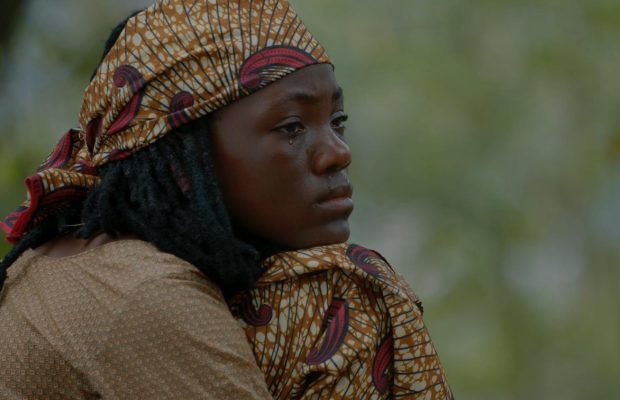 Faith Fidel, 11, wins her first major award as an actress and she wins big!

The Cameroonian child star just bagged the “Best Actress in a Feature Drama” at the I Will Tell International Film Festival in London for her stellar performance as lead in the Kang Quintus Film, ‘The Fisherman’s Diary’.

The 11 year old actress received her award during the film festival’s online award show on September 9, 2020. She was surrounded by the film’s producer , Kang Quintus, actress/film producer Stephanie Tum and her mother among others.

Faith Fidel made a significant appearance in Cameroon’s biggest film in 2019, ‘Saving Mbango’, taking on a supporting role as the younger sister to the male lead character, John. The young star is now the lead in two of the biggest and most anticipated films to be released in Cameroon in 2020; ‘The Fisherman’s Diary’ and ‘Where I Come From’ (produced by Tessy Esseme).

“In both films, she is a breath of fresh air, delivering stunningly nuanced performances that give her adult lead co-stars – Kang Quintus and Anurin Nwunembom – a run for their money, intelligence and talent” – writes Kwoh Elonge, owner of Unfiltered blog.

The blog adds that, “Her costar in ‘Where I Come’ from, Anurine Nwunembom thinks she is an adult caught in a child’s body. He considers her the best co-star he has ever had because she challenges him to be better. Producer and her co-star in ‘The Fisherman’s Diary’, Kang Quintus takes it further, praising her passion, intensity and preparedness saying she is every producer’s dream cast. Tessy Esseme, producer of ‘Where I come’ From calls her a gem.”

The Fisherman’s Diary also walks away with the “Best Feature Drama”, an award which the film’s director, Enah Johnscott, will be very proud of.

Both wins make it the very first time a Cameroonian movie has won at the I Will Tell International Film Festival.

Watch trailer of ‘The Fisherman’s Diary’ below: