Home / Joan on Sex / Is One Dick Enough?

Is One Dick Enough? 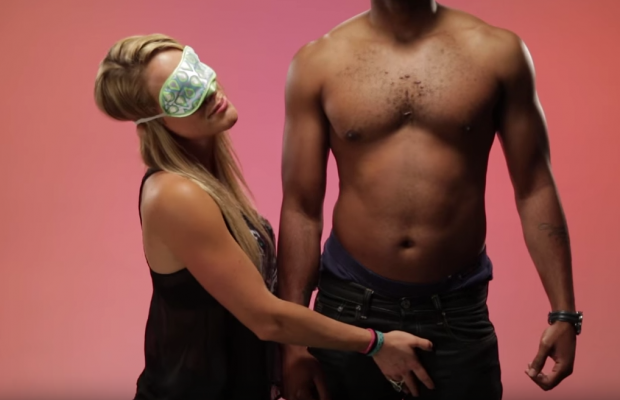 The level of self-confidence and independence for women today has become too much for men to handle. Worst off, women are now beginning to think like the man. “If the man can cheat, the woman can cheat too!” So, is one dick enough?

Most women would love to say that one dick is enough because they aren’t built to cheat on their husbands, fiancés or boyfriends. Others would even think only single women would prefer multiple dicks and would careless about having multiple sex partners. Does this even count?

In the last four to five years, most of my girlfriends have paid particular attention to their careers and how they could make their own money so that they don’t bother whether a man provides for them or not.

My friends love the idea of making their own money, spending on whatever they want including using their newly found status as the “self-made girls gang” to get any man they want. Nothing is wrong with that! After all, men have been practicing this forever.

Ladies want to also be in control and for anybody who has power, it’s good to also know that absolute power corrupts absolutely. A woman with a stable income would want to explore her sex fantasies. She wouldn’t mind trying several dicks just for the fun of it. She doesn’t see the need to settle for just one – the one who wants to tame her, control her or have any kind of authority over her. Instead, with her own money and her independent mind set, she wants to take charge of everything… from her office desk into her bedroom sheets.

But can women afford to cheat at the rate at which the men do? I don’t think so. The female isn’t built for such a lifestyle except in few extra cases. Women turn to settle down when they decide to tie their heart, mind and soul to their partners. They focus everything around him and the family they want to have or already have.

Women, age 28 – 40, have to deal with the idea of being in a relationship, having a man and building a family of their own. They don’t need any distractions. This is the age when women seek for marriage and/or committed relationships. They don’t have time for games or to even cheat until they are left heart broken.

The number of women who go rogue after a breakup is about 60%. Post breakup is when they are most vulnerable and their emotions are thrown all over the place. They can have sex with any man as a means of relieving stress, pain and hurt.  At this point, one dick isn’t enough. It’s not even valuable. But it’s also not necessary.

Women can do whatever they want, just like the men but it’s also important to be smart about these things. Enjoying a single dick and the right dick whenever and wherever you want is not a bad thing. At least, with just one, you can control it, own it and be flexible with it. So, why hop on any and every dick just because you want to prove a point… and to whom?

No matter how crazy things may get, women should always have their dignity in tact or else you will only appear to behave in relationships like the same men you detest.

Writing and producing content is my life! I mean...10 years of working experience can do that, right!? Follow me @joanngomba
Related ItemsJoan On SexSex and RelationshipSex and Women
← Previous Story Sexting and the torture that comes with it
Next Story → Joan On Sex: Toxic Relationships and Why Women Are So Obsessed