Home / News / Jovi Le Monstre and KO-C feud: What’s their beef about and how is Sarkodie involved

Jovi Le Monstre and KO-C feud: What’s their beef about and how is Sarkodie involved 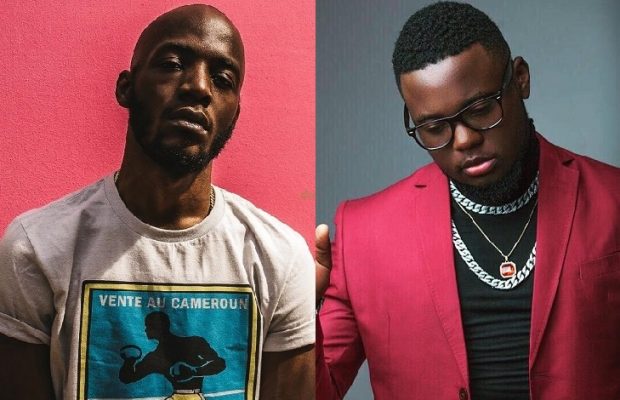 Hello #dcoders, and welcome to the celebrity feud you never knew you needed. No, We are not talking about Askia and Killa – we are talking about the beef between rappers, Jovi Le Monstre and Ko-C who are approximately few tweets away from throwing bottles.

So, why do Jovi Le Monstre and Ko-C hate each other so much right now and how is Ghanaian rapper, Sarkodie involved with this Cameroonian celebrity feud? Let’s break it down tweet by tweet.

Rappers Jovi and Mic Monsta are yet to settle their recent social media brawl and now the beef with Ko-C and Jovi keeps getting nastier by the hour and here’s how it all started.

In the course of bragging about his never ending influence on rap culture in Cameroon, Jovi [on March 28] went as far as claiming that ever since he dropped his debut hit single, ‘Don 4 Kwat’ in 2010, the word and lifestyle of ‘Kwata’ has now become a thing.

Mic Monsta, who dropped his latest album, ‘Kwata Diary’ took offence and responded to Jovi’s tweet saying Jovi doesn’t only have to take credit  forgetting that the ‘Kwata experience’ is a part of the Cameroonian reality and being a creative like himself, anyone can be inspired by reality… and not a song.

Jovi’s tweets were coming only a few months after Blu Nation soldier, Tzy Panchak blasted him for perpetuating hate instead of love in the industry. The singer accused the rapper of being negative and less supportive of other artists in the music business.

Well, fast track to March, Big Dreams Entertainment rapper KO-C, who also hails from Kumba just as Monsta and Panchak,  jumped on board to tweet how he felt about Jovi’s continuous hate tweets at young rappers…. but as you’d expect, Jovi responded! Follow the trend below.

So everything in this industry now surrounds him?? Na waohh wuna no buy Gun one time ?😂😂😂

Beefing works well for already Established industries not for an infant one like ours. So I will advise we all use that Energy in promoting Beef to support our selves and take this industry to another phase. Not forgetting Unity in the country as well 😒😒✌🏾✌🏾🇨🇲

This industry will never grow with small artists who think they can comment even on stuff that has nothing to do with them . Not to talk of the complete lack of creativity and excess crave for attention that is plaguing the game . The younger ones don’t even know their place

When a Cameroonian rapper’s breath smells like Ghanaian rappers dick . Or maybe that’s a strategy to make it over there in Ghana . But we can’t grow an industry on copy and paste now . You don’t even know your sound ? Do you even have one ?

To all My Fans abeg wuna ask this Grand to Bring out just one link of His Ghanaian Rapper’s songs that sounds like any of my hits? If not bro use the time you spend in analyzing another person’s art, to foster the growth of our entertainment industry. #PositiveEnergy

If you know say you be man, cam make Them lock me and you inside one room wey Na only pen and paper Dey with No WEED. You go chew “Coverpen”soteh cry beg make them open you door then you go confirm say Music nobi Age 😂😂😂
SO RESPECT YA AGE GRAND 🙏🏾🙏🏾

The pen and paper Reniss usually handles that while I produce songs like La Sauce . Can you write a song like La Sauce ever in your life ? Nah that’s not your level . As for the production or the MUSIC that’s for another day . looks like you don’t even know what is music

Can’t even write a song like Bastard ( Pascal can do that one ) . Now you talking about pen . Check Sense it’s Pen . Et P8 Koi is Pen game that’s still not your level
Cash it’s not on the same planet as you

DCODERS, who is right and who is wrong? Drop your comments below