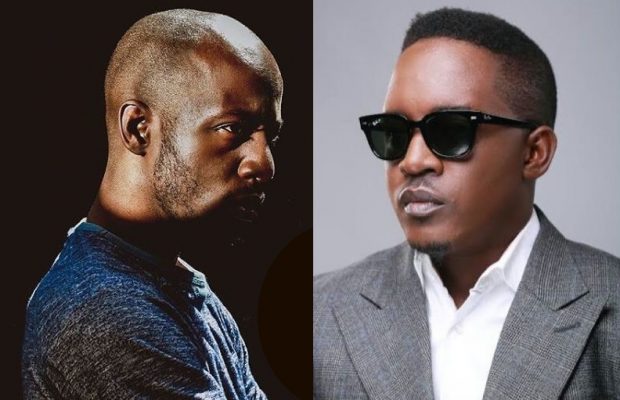 Cameroonian rapper Jovi Le Monstre challenges Nigerian hip hop giant, MI Abaga and Co’s ‘Martell Cypher 2’ as he drops ‘Big Bang’ but the question is, did he hit the last nail on the coffin?

Jovi le Monstre is no stranger to diss tracks and Twitter rants. So when MI Abaga and his boys; Blaqbonez, A.Q and Loose Kaynon dropped their ‘Martell Cypher 2’ on September 10, the Cameroonian rapper felt it was about time he ended MI’s reign as a the self acclaimed “King of African rappers”.

Jovi Le Monstre went a Twitter rant for nearly an hour, questioning MI‘s respect for him before coming clean on September 14 with a tweet [below] demanding for a 48 hours preparation before a retaliation to MI‘s ‘Martell Cypher 2’ . A tweet which caught the ‘African Number One’ rapper’s attention. Jovi has dropped his clapback titled, ‘Big Bang’ on September 16 (a few hours late though) but it’s a track his fans will forever praise.

In ‘Big Bang’, the Mboko god (as he’s fondly called) spoke about spreading love, his super talent, his haters and his number one status in Cameroon. He also did mention that his his 4th studio album, God Don Kam was a success before adding that MI and all his G.O.A.Ts should better ‘Watch the Throne”. Since the release of #BigBang, the fans aka Mboko Gang have worshiped their god for challenging MI Abaga and his group of young rappers. They say Jovi remained true to his roots by spitting in English and his ‘mboko’ lingua (pidgin) meanwhile Blaqbonez. Loose Kaynon and A.Q kept spitting their lyrics in an American accent.

While others felt it was ok for Jovi le Monstre to go head to head with 4 Nigerian rappers, some suggest a cypher reply could have been better… meaning Jovi should have gathered his best Cameroonian young rappers to take on the Naija team.

Dcoders listen to both songs  below and let us know your thoughts in the comment section below.

ALSO READ: Jovi Le Monstre and KO-C feud: What’s their beef about and how is Sarkodie involved