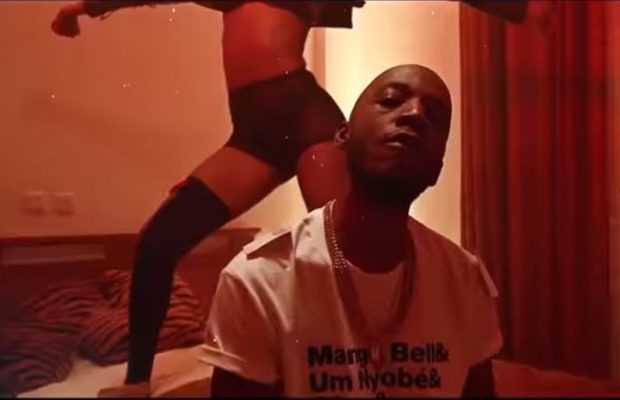 If you thought you had seen it all from Cameroonian rapper, Jovi then think again because his latest music video, ‘Sok Sok,’ is everything no child should see.

Jovi had announced on Facebook on May 14 that his new music video, ‘Sok Sok’ is rated +16 and is not meant for kids. Well, now we know why.

In this 3 minutes, 15 seconds visuals, the New Bell Music rapper is all over the place with his famous weed smoking habit and chilling with scantily dressed models. But his fashion is on point!

Jovi is seen rocking a clean white t-shirt and printed shorts while sitting at the edge of a bed backing his sexy vixens twerking and winding for the cameras. In another shot, the famous rapper is in a wine colored suit and a pair of round shaped dark glasses while making his way across the building .

The song is off Jovi’s ‘God Don Kam’ album and is produced by Jovi Le Monstre and features vocals from singer Reniss. The video is directed by Ndukong aka February 16.

Please watch Sok Sok video below and comment on what you understood the song is about.