“My music isn’t created to deceive my fans” – Locko 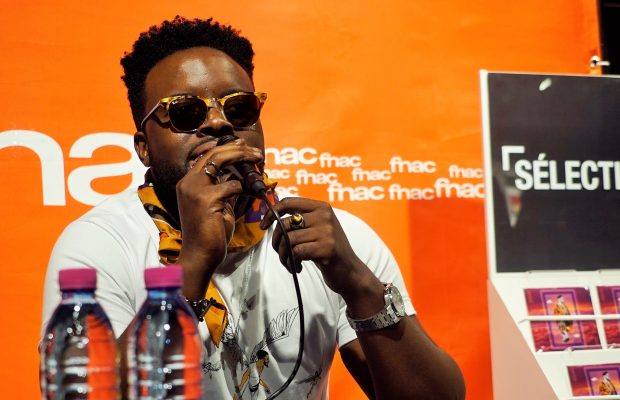 Locko is spilling the tea on how he creates music and how far he wants his music to go especially when it comes to how his lyrics should impact the lives of his fans.

The Cameroonian Afro-Pop singer tells Dcodedtv exclusively that his music is created from his day-to-day life experiences and how he manages through his life adventures.

“My music is all about discovery… discovering different things, different cultures… It’s inspired by all of these put together to create new sensation, new vibes. That’s my music,” Locko tells us.

Locko also explains how his music impacts his fans and why he insists that his songs are not created to deceive his followers and other music lovers.

“I think the first impact my music has on my fans is that they recognize themselves… and the experiences i go through is the same as another person’s own experiences. So when i write my songs, the objective is to touch someone out there. To make him know I can go through the same things he or she is going through. It’s some kind of comfort,” the singer says.

“When I write songs i try to explain my feelings in the most basic way. i think that’s the best way to be true… Sometimes when we are going through ups and downs, most times we feel alone like we are the only ones going through that shit. But my music is saying I am with you,” he adds.

Throughout his music career, the singer has gone ahead to drop two EPs and an album titled, ‘Cloud 9’ under his new music family, Universal Music Group Africa but he admits that the pressure to keep on going mostly comes from his team and his own fans.

“People give you so much love and you feel like if they give me this love then I cannot deceive them…  When you think you have reached your limit, you just have to keep going on and on again.  There’s no book telling you what you should do..  So you just have to understand that this is you and you just have to be you.”

On how he wants to be remembered, Locko confesses that, “I will love to become a living legend. I want to inspire people lives and not only be referred to as a singer.”

Watch Locko‘s exclusive interview in The Chatroom on DcodedTV below.

Writing and producing content is my life! I mean...10 years of working experience can do that, right!? Follow me @joanngomba
Related ItemsFeaturedLockoUniversal Music Africa
← Previous Story Blaise B announces marriage plans “getting married”
Next Story → Singer Daphne accused of ripping off an upcoming artist on her new song ‘Doucement’