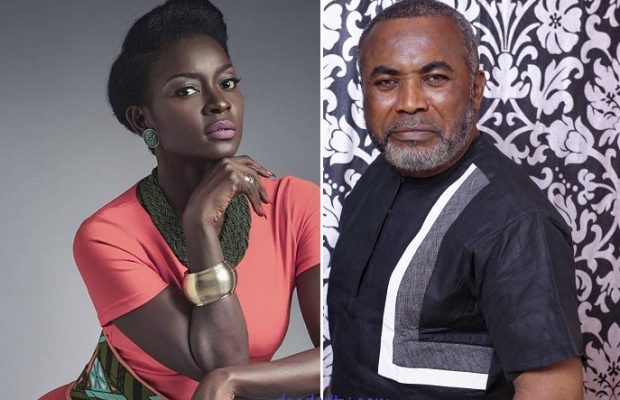 Lucie Memba will be starring in an upcoming movie alongside Nollywood superstar Zack Orji.

The popular actress can’t help but be excited over the news and tells us how honored she really is working with one of Africa’s finest movie stars. “I am overwhelmed with all of this. Its like a dream come true for me and Zack Orji is someone i respect and i have watched his movies over many years… To work with him on a film is just amazing. I can’t wait,” Lucie reveals to us exclusively.

Memba will be playing lead in the new film produced by star actress Solange Ojong and although details of the movie isn’t out yet, the actress believes this could be one of her biggest works yet. This is not the first time Memba is taking on a major lead character. The actress played lead actress in the Ecrans Noirs winnng films, “La Partrie D’abord”  and “Ntah Nap” and also took on the female lead role in the popular French film, “Le Blanc D’Eyanga” also starring Thomas Nguijol in the film, “Fast Life“.

“I really feel blessed,” the actress tells us.

We wish Lucie Memba all the best as she continues to challenge herself.

Writing and producing content is my life! I mean...10 years of working experience can do that, right!? Follow me @joanngomba
Related ItemsFeaturedLucie MembaNollywoodSolange OjongZack Orji
← Previous Story “Breach of Trust” returns to Cameroon for a grand premiere in Douala
Next Story → Cameroon Film and Movie Academy Awards clocks 3, calls for nominations