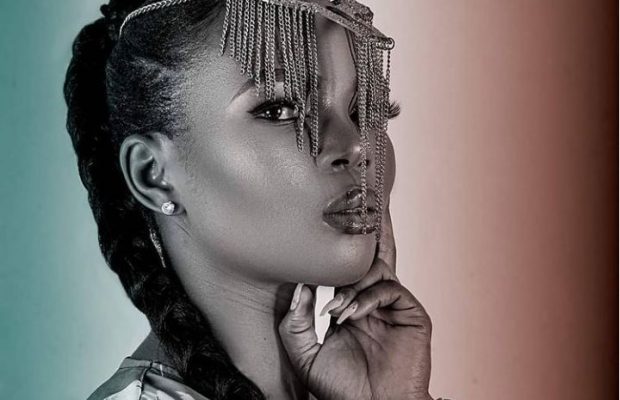 After so many years of taking the back seat and playing the role of Mr Leo’s woman, singer Mary Asaba is back to her first love, music!

Mary Asaba bounces back strong as she releases her debut single titled, ‘Yele’, a song which tells her truth. She’s now signed to Starfish Entertainment.

‘Yele’ is an Afro soul song produced by music producer, Loony Tunez and mastered by Akwandor. It is written by Asaba and tells a touching story of a young girl who goes through sorrow and pain and in her quest for happiness, she finds herself finding love in other people and self.

In a live video on Facebook on November 25, Asaba debuted the song’s video (directed by Mister Adrenaline) while answering questions from her fans. She tells fans that Yele is personal and deep and tells a true story.

“Yele is that song which tells a story of hope and survival,”

the singer said in her live video.

“The story behind this video is its okay to let go. Don’t lose yourself in whatever thing you do.. in that job, in that relationship. In whatever thing you do, don’t lose yourself. If it’s not for you, it’s not for you. You can always be better by loving yourself first. Stop holding on to that thing that doesn’t bare fruits. Find yourself in anything that you do and hold on to it. That’s the whole idea behind Yele video,”

It’s no news that Asaba was a singer and chorester in a choir in her early days in music but she ditched her music career by placing her love relationship with singer, Mr Leo first. A relationship which buried her singing but birthed her a beautiful daughter.

Unfortunately, her long term relationship with the Lion Production founder ended after the singer was rumored to have impregnated another woman outside their union. The singer reportedly got a son from that love affair.

Now, Asaba is moving on with her life and is making a return to music hoping she doesn’t separate from her first love again. She explains that diversity will sustain her music career and she’s open to making diverse genres of music.

We wish her all the best!

Watch ‘Yele’ video by Asaba below.

Writing and producing content is my life! I mean...10 years of working experience can do that, right!? Follow me @joanngomba
Related ItemsFeaturedMary AsabaStarfish EntertainmentYele
← Previous Story Ko-c, Coco Argentée bring the heat in ‘Caleçon’ Video