Mihney accuses Pascal of faking his personality for clout 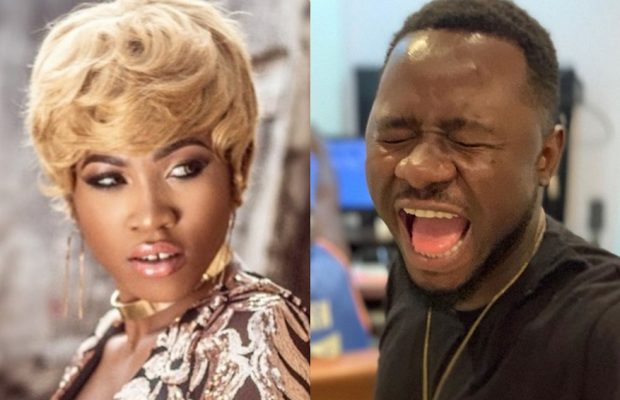 Just when we thought Cameroonian rappers are rallying behind their bars to stand against Nigerian rap legend, M.I Abaga and his G.O.A.T MCs, Mihney is having quite a difficult time understanding her friendship with another local rapper, Pascal.

Did she just accuse Pascal of faking his personality for social media gain?

The popular female MC is now questioning her love and trust for Pascal given the fact that they are friends and have even done a song together few months ago. Mihney‘s worries stem from Pascal’s latest social media reactions to Cameroonian rappers’ attempt to clap back at M.I Abaga‘s ‘Martel Cypher’ featuring Blaqbonez, A-Q and Loose Kaynon.

In a recent post on her Facebook account, Mihney described Pascal as a once humble, nice and funny guy whom she now believes may have been nice just for clout. Following the release of MI Abaga‘s Martell Cypher, so many Cameroonian rappers have released different diss songs to inform the Nigerian how talented Cameroonians rappers are and demanding they be respected within the continent. Jovi began the trend with ‘Big Bang,’ after taking a jab at MI on Twitter. Other Cameroonian rappers like Young Holiday, KO-C and may others have also dropped a bang or two since then.

However, Pascal, who is yet to drop his own clap back, had this to say about the multiple BANGERS. It’s not clear why Mihney is pissed at Pascal but one thing’s for sure, she ain’t playing when she says the young rapper is no more a friend.

Writing and producing content is my life! I mean...10 years of working experience can do that, right!? Follow me @joanngomba
Related ItemsFeaturedMihneyPascal
← Previous Story Ambe to quit music after final album ‘Take Off’
Next Story → Ambe wants a place in the Cameroon movie industry