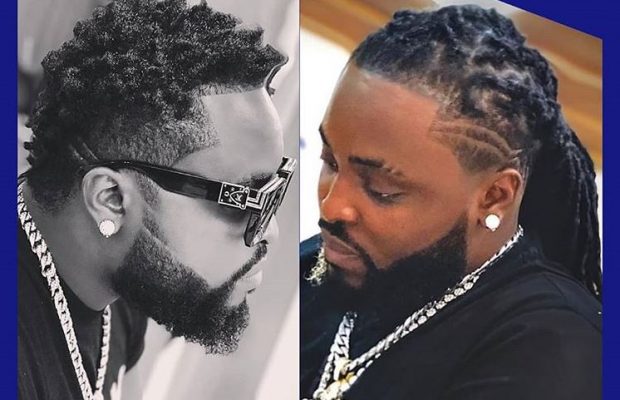 Phillbill said goodbye to his signature hairstyle and everyone around here is shocked.

The Ridimz singer has rocked his recognizable dreadlocks for the longest time but Phillbill revealed this month that the dreads are no more.

ALSO READ: How To Handle Your Dreadlocks The singer, songwriter and music producer made the surprise reveal in an Instagram post on Monday (July 6) saying he’s ready for change.

“The secret of change is to focus all of your energy not no fighting the old but on building the new,” he captioned his new picture without the dreads.

Some Ridimz fans expressed their shock underneath his post on Insta writing;

“I prefer you in dreadlocks but it’s a nice cut,” on IG user wrote, while another added, “Ehhhhh zadddyyy shaved ohhhh, I’m crying.”

ALSO READ: 5 Tips on how to take care of your dreadlocks Phillbill cuts his dreadlocks in Douala

On Sunday, Phillbill shared a picture of himself at the barbing saloon where he cut off his famous dreads but didn’t make mention about the shocking hair change. He only tagged the barber and the saloon and added a scissor emoji to it. However, back in February 2019, the singer explained to us why he takes good care of his dreads and credited his hairstylist, Felix at Dreadlocks Salon, Buea for doing a great job.

“When it comes to my dreads, I go extra. I always wash my dreads twice a week. I have some hair oil and spray I apply on my hair. In a month I can braid my hair thrice. I always love to see my hair look clean and neat,” Music producer, Dianee PhillBill spill the secret of keeping his hair special.

Writing and producing content is my life! I mean...10 years of working experience can do that, right!? Follow me @joanngomba
Related ItemsDreadlocksPhillbillRidimz
← Previous Story 5 Times Cameroonian Female Celebrities Have Slayed in Bikini
Next Story → Beringi Fashion designs like no other Cameroonian brand