Home / News / “I will rather be on a Movie set than Eat!” – Nchifor Valery

“I will rather be on a Movie set than Eat!” – Nchifor Valery 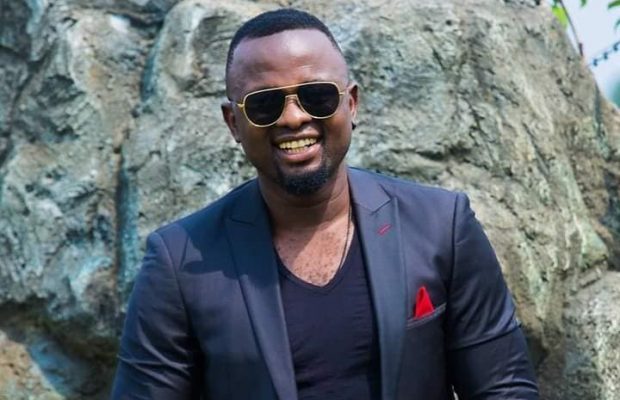 Nchifor Valery enters Zumhoo Studios with the smile of a person who is used to giving smiles even when he doesn’t feel like it. He wears it and carries it along like makeup because, you see, 15 years as an actor in Cameroon makes you to wear your scars like they were a shiny thing. The effortlesslessness will make you think he was born to be an actor, to make believe, to act as if, to mask it all. But no!!! Acting found Nchifor. He was never interested in it, had never fancied the visibility of that world or its sometimes pompous show of creativity. He was a science student, a biology graduate who like many others carried with him different dreams until acting came knocking; actually crashing through the door of his ambitions. It first presented itself in 2005 in the form of actor, writer and director, Anurin Nwunembom. On that day in 2005, Anurin moved around Molyko posting glossy flyers for an upcoming audition for the movie “Leather Gangsters”.

Nchifor who had stayed back in Buea for the holidays asked Anurin if he could audition. It was something of a curiosity, a way to pass time. But when he went for the audition the next day, with no prior experience or interest, he read a couple of lines that were handed to him by the film’s producer Rene Eta and just like that, read his way into the Cameroon film industry.

As we settle at the balcony of Zumhoo Studios, and Nchifor begins recounting his journey, his face carries the burden of the industry. After starring in over 20 movies, Nchifor’s acting history is one of taking up one challenging role after the other, competing with himself, being his own hardest critic but maintaining a coolness that is almost chilling to watch. He oozes a professionalism that inspires and runs deep; a dedication that is priceless. If there’s a thread in the story of creatives in Cameroon, especially those in the culture industries, it is that the first line of obstacle is usually family. Family is usually the last to believe in art, they always see it as a phase, one that must be short-lived and whose lifespan should not exceed university graduation. And so as he got more soaked in acting, his mother grew concerned that he was missing his true purpose. She took upon herself, in a well meaning way, to go to a private school in Bamenda and hand an application and a touching plea to the administration to get him a teaching job for a sixty five thousand francs salary. Nchifor declined the offer. In 2011 he starred in the movie “Obsession”, produced by Achille Brice and earned a nomination for the ZAFAA award in London, UK along other leading African stars. He won. That, to Nchifor was to mark a turning point in his career. First because flying to London on an all-expense paid flight began changing his mother’s attitude towards his craft but most importantly, because he imagined that it will catapult him to the very top of the African film industry. While Nchifor’s career has been artistically very fulfilling, he still aches for more and understands that the inadequacies of the Cameroonian cultural landscapes stifles entertainers considerably. Since then, Nchifor has starred in several movies including, “A Man For the Weekend”, “Virgin Blade”, and the Short film “33” which marked his debut as producer. He has also won many awards, at home and internationally. This year however, after 15 years of studying the industry, Nchifor has taken the bull by the horns and has co-produced his first feature film “When it Ends” with actor Montana Peters, under Summit Productions.

The movie sees him starring alongside Cameroon supermodel Ndem Nora. It is a labour of love and one which Nchifor believes is poised to inspire and elevate himself and the industry. He is a consummate professional with deep knowledge not just of his craft but of the industry. His passion and consistency makes him one of the leading figures in the Cameroon film industry.