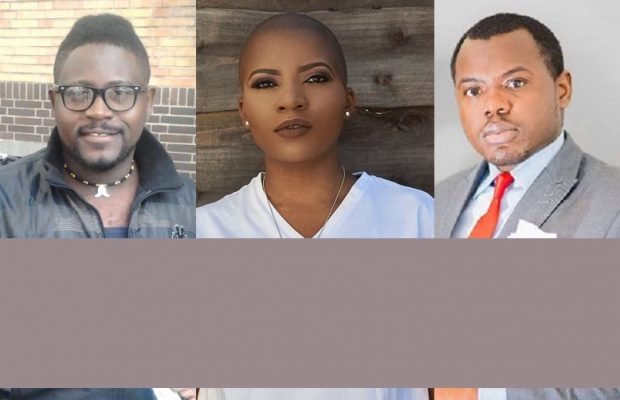 Popular blogger Bandy Kiki, founder of Kinnaka ‘s Blog is in hot waters once again, receiving hundreds of insults from Cameroonians both home and abroad after she accuses Consortium ring bearers, Tapang Ivo and Mark Bareta of theft and fraud.

In the article titled, “How Mark Bareta and Tapang Ivo turned the ‘STRUGGLE’ into a money making venture”,  Kinnaka, as she famously referred to, claims both Tapang and Bareta have continuously extorted huge amount of money from Cameroonians in the name of fighting for the liberation of Southern Cameroons from La Republique du Cameroon/ Biya’s Government.

She dropped the bombshell, including screenshots, early Monday morning (May 15) on her blog claiming many Cameroonians (and maybe non Cameroonians) have been giving monies to these Consortium interim leaders who contacted them via social media for help in the liberation course.

“Under the disguise of Cameroon Anglophone Civil Society Consortium interim leaders, the pair used the emotions of Southern Cameroonians to raise huge some of money via GoFundMe and private fundraising events while blackmailing government officials to collect huge sums of money” KiKi writes.

Cameroonians in the diaspora found the accusation disrespectful and bizarre and immediately slammed the blogger for reporting ‘fake news’ and defaming other people’s characters publicly.  Some insists Tapang and Bareta are innocent. One Cameroonian even went ahead to explain that those Facebook accounts used to collect money from people were totally FAKE! Insisting that both leaders had earlier warned against such happenings before.

It didn’t take long for the insults to start flowing in. Take a look at some of them:

Bandy KiKi is yet to comment. But what do you think, Is Kiki right or wrong?