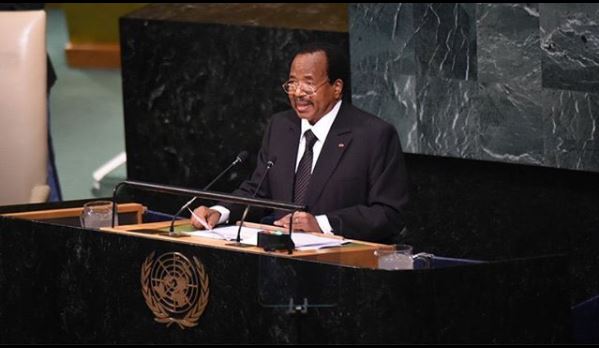 Guess who may have joined in on the Instagram party? President Paul Biya of Cameroon.

His Excellency President Paul Biya may have joined the popular photo sharing app Instagram recently to keep up with his reputation as the first Internet President in the country.

Instagram’s popularity exploded back in 2011 and swiftly became the Apple’s app of the year. The app lets you upload photos from your camera or photo library and apply retro filters or a tilt-shift effect and share them with the public. Call it a Twitter for photos.

Well, we are not so sure if the President himself in behind every post on his page but what we are so sure of is the fact that his first message was a welcoming one.

The page has been publishing a steady stream of official images captured by perhaps the Unity Palace official photographer. The new Instagram stream will be broadcasting casual behind-the-scenes glimpses at Biya’s daily life, meetings and international visits.

So far, the account has posted 70 photos and gained 8,186 followers.

Biya gained a reputation as the first Cameroonian Internet President in 2016 because of the large following he got online after taking couple of selfies with the Indominatable Lioneses after they lost to Nigeria at the finals of the Women’s African Nations Cup in Yaounde.

We are still not so sure, if this is the President’s real IG page but if it is, then we’ll be keeping up with the big man and his special visits and vacations.

Writing and producing content is my life! I mean...10 years of working experience can do that, right!? Follow me @joanngomba
Related ItemsFeaturedPaul Biya
← Previous Story Tzy Panchak drops new single “Woman Crush” ahead of AFRIMMA 2017 Performance
Next Story → Jovi launches his own brand of weed