Home / Joan on Sex / 10 Reasons why I hate bigger dicks

10 Reasons why I hate bigger dicks 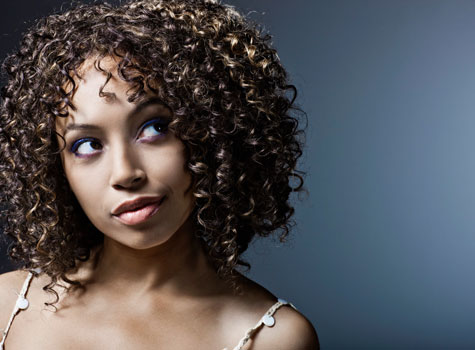 I know. I know. I know! Some of you women will be like, “what in the world is Joan talking about? Who doesn’t like a big penis?” Calm down and see my reasons why I hate big dicks.

I understand that the old saying goes, ‘the bigger,the better’ but in my case, the bigger, the worse. Most men wish they had a giant penis but they also forget that bigger dicks could cause more problems for themselves and for the women (me inclusive) they have sex with.

Are there big dick problems? Yes, they are many! As a woman, I have been taught that bigger dicks begets better satisfaction but now I know that’s not even true. The sex isn’t as good as I’ve been told. Yes, I said so. Women may physically feel more, but men with big penises just don’t seem to put in as much effort into the sex and why would they? Most of them think that since they are sumptuously gifted, they are fully set!

Keeping an erection can be tricky with a big dick. Condoms get too tight for giant penises and when its erected, condoms become even more uncomfortable.  This alone constricts blood flow which means your dick isn’t getting as hard as it could. To add to that, if the woman is extremely tight, things could get messier for you both. She will feel more pain because your dick is too big. You stand a chance of ejaculating quicker which could totally ruin her fantasy of a mind-blowing sex.

Sucking up on a big dick becomes a complete nightmare. Even though most women want to have sex with an owner of a big penis, let’s be honest, no woman wants to perform a great blow job on a guy who has a huge penis. It won’t be fun for her. If she isn’t going to be terrified about the size, she  wouldn’t want to gag too much for fear she might vomit on his dick. This won’t be funny to the man either. In addition, she will not be able to fit in her entire mouth around it. Then it becomes more of a HAND JOB than a BLOW JOB!

Big penis owners go through a lot of lube. You need to make sure your partner is REALLY wet for sex to be enjoyable. Meaning lots of lube. Since the penis is so large, it can easily irritate the vagina after a certain period of penetration, leaving the pussy dry – almost like a carpet burn. So, if you have a big dick, lube will automatically become your best friend and naturally good sex becomes too stressful. Yikes!

Guys with big dicks have less sex and here’s why. If you have a small or regular size penis, no partner is too scared to want it inside of them. But when its large, or even larger, they have to think twice before having sex with you and this delays the process and makes a guy works twice as hard to get laid. With a big penis, women will have to imagine if your dick can fit inside of them and if they can’t fit it in, then they’ll not want to have sex as often as you’d like.

I read somewhere that guys with giant penises order or seek for custom made condoms. Don’t laugh, it’s true. This is extreme for men with larger dicks, but still, wearing a condom when you have a big penis isn’t fun. In fact, it feels like you’re being suffocated and squeezed into a tight part of tights. Funny thing is, you also don’t want to contract STDs or STI, so men with large penises are at a crossroad during sex. They want to protect themselves, yet its highly uncomfortable.

Big dick, lesser sex positions to explore. The sex positions for guys with larger penises are lesser than those of regular size dicks.  If the penis is so big, most positions will cause extreme pain and usually injures your sexual partner. Therefore, you have to stick to the basics. After a while, sex could become tiring, irritating or flatout boring.

Men with larger penises end up ruining sex fantasies for most women. Just because you have a big dick doesn’t mean you can satisfy any woman… although most us ladies think so. Because of this stereotyped fantasy, guys with bigger penises get extra pressure to perform at their peaks all the time. Sure your dick is big, but does it mean you have to provide mind-blowing sex every time you’re with someone?

If you think only a woman will be jealous of her friend who has a man with a larger penis then wait until you meet his own guy friends. Other men don’t understand. If most men knew you have a larger penis, they would be automatically jealous. Every guy wants a giant dick. It’s the norm in pop culture. Having a larger penis is the ticket to success… aka getting into every possible panties. But if you have a big penis, no one understands what you experience, not even your friends. Instead, you are seen as a threat. They wouldn’t want you closer to their women neither will they want to discuss about your penis size amidst their potential dates. Why will my man go through such a dick discrimination?

Men with larger penises have issues with getting the right pant. Who ever thought that penis sizes could obstruct men’s fashion? But it’s true. Finding the right underwear and pants (trousers) become a major problem for men with big dicks. Looking for pants which do not cling to their package becomes more of a hunt than anything else. Most men don’t think twice about the pants they wear. But, when you have a bick cock, finding the room and fabrics that aren’t too revealing can be a huge problem.

So, after reading all these points above, if you thought God didn’t give you a larger dick, please change your mindset. Begin to count your blessings one by one. There are guys who will carry big dick problems for the rest of their lives.

Writing and producing content is my life! I mean...10 years of working experience can do that, right!? Follow me @joanngomba
Related Items#joanonsexAnal SexBig Dick ProblemsBlow JobJoan On SexPenis SizesSexSexual Intercourse
← Previous Story Sex with Younger Men is Explosive, Trust me
Next Story → Should Ladies Wear Wigs During Sex?