Home / Music / Reviews / Red Carpet: Why is it such a big deal in show business?

Red Carpet: Why is it such a big deal in show business? 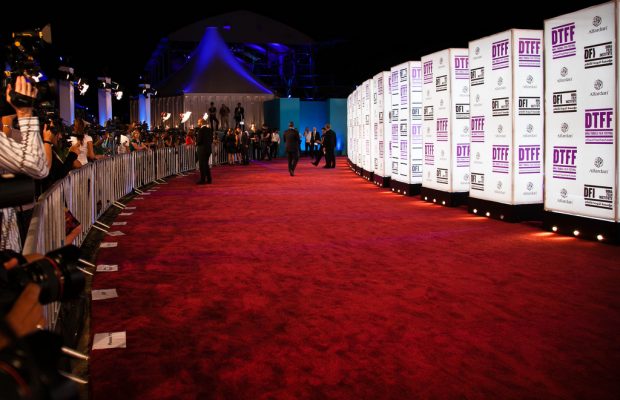 Like it or not, coming late to the red carpet has now become even more popular than Michael Jackson.

The media often times complain of not been able to do their jobs – interviewing and photographing celebrities – just because, often than not, most of them stroll in almost late or too late! For some musicians, they only show up  few minutes to their performances. In Cameroon, this has been going on for far too long and it seems like no one can do anything about it. However, organizers are sometimes forced to kick out people off the red carpet by switching off the lights and yelling at those who turn the venue into the perfect spot for free photo shoots and selfies.

These ignorant behavior leaves us with so many questions: Didn’t the invitation cards carry the exact time for the red carpet (Introduced in 1961 by the Academy Awards) and the event proper? Are celebrities neither aware of the existence of the red carpet nor its importance to them? Are they not to use the red carpet to discuss about their projects, endorsements, brands and fashion with the media… for free? These questions are too many. Yet, almost no one to answer them.

Celebrities have now made it a habit to remain at home or inside their hotel rooms till when the event itself is about to begin or has already entered into its first 20-30 minutes before they show up, rushing in like they are participating in an Olympic Track and Field race.

Recently, some show up with just too many bodyguards who look at media men like terrorists. Haba! Na who wants to kill you? We just want to talk to you and help publicize your brands or as many would say, support your hustle. Not only are celebrities at fault, photographers also do not take the red carpet seriously. They most times do not know or forget the fact that the press’ job is to capture each big moment in a chaotic stream of couture and flashing cameras. The life of a red carpet photographer is equivalent to that of a film editor — fascinating, but glossed over in favor of the industry’s more visible roles. Your pictures bring out the best stories and most interesting insights.

Yes! There are difficulties that arise when you are on duty but who says the perfect pictures can’t fetch you more money, add value or spin your career to a better direction? Sometimes an unflattering or potentially compromising photo of a celebrity is taken and some photographers will sell those images to clients. Others will take it to the celebs and build relationships with them. Looking out for the talent might cost a photographer a tabloid paycheck, but it helps them to build trusting relationships with celebrities, which photographers say can lead to better quality pictures in the long run.

Hollywood stars on the other hand do respect the red carpet time because they believe that “the red carpet tells the event and its also very lucrative for business”. As a matter of fact, that’s how we get to know about their projects, scandals, endorsement deals, fashion desires, see engagement rings and the latest hottest celebrity hookups. All these make a Hollywood red carpet interesting and very much anticipated. Popular reality TV stars, Kim Kardashian, Amber Rose, Kylie Jenner etc get paid millions of dollars just to appear on a red carpet for an event or chat about the event to the media present. Is it the fact that our stars hardly get endorsed, that’s why they don’t see the importance of these red carpet appearances or are they simply ignorant of its benefits to their brands? I mean, instead of visiting commercial departments of media houses to pay huge amount of money for publicity, why don’t you come early enough to talk about that same thing with the same media houses on the red carpet for free!?

At least we would expect a Mr. Leo, Samuel Eto’o, Tenor, Daphne etc to appear early enough and tell us why we need to drink more Origin Beer, UCB Pampplemous, Tonic Malta or why we need to use an iTel Mobile phone!

Why can’t our stars emulate their colleagues in Hollywood by not falling madly in love with the “African Time” but begin to open their eyes and senses to the vitality of “The Red Carpet Moment?”

A word to the wise is sufficient!

Writing and producing content is my life! I mean...10 years of working experience can do that, right!? Follow me @joanngomba
Related ItemsDaphneFeaturedMr LeoRed CarpetRed Carpet MomentsTenor
← Previous Story CAMIFF 2018 REVIEW: The Ugly, The Bad, The Best
Next Story → Royal Wedding: 8 lessons Cameroonians should learn from Meghan Markle and Prince Harry’s big day