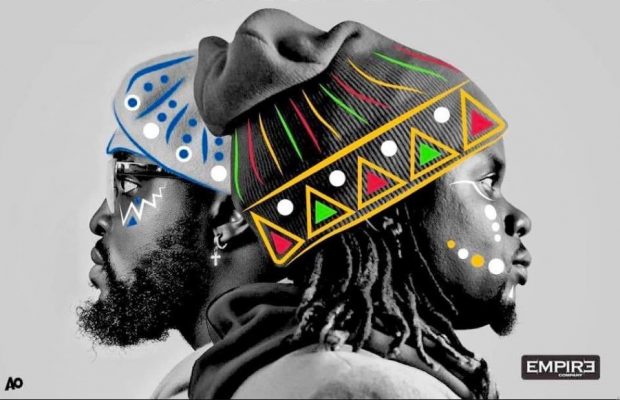 Rythmz is changing their name to Ridimz and that’s not all. The music group is also changing the name to their record label from No Hitz No Recordz Entertainment to Shaba Muzik.

This announcement is coming after the group prematurely ended their 4 year contract with Pit Bacardi’s Empire Company mid 2019.

In a press release, (November 24), the group – made up of producer, Phillbill Dianee and mix-master audio engineer, K Maskter K – says they are ready to move forward with their career after Empire.

“Our establishment wishes to notify the general public of its existence as at the declaration of this document . Artists, producers, musicians, media operators and all well-wishers are called upon to the knowledge of this movement and are all invited to take part fully in all our upcoming events as and where need arises,” Phillbill writes.

No Hitz No Records was formed in 2012 and got into a collaborative partnership with XM Music in 2015.  The label is responsible for hits like ‘Rasteferi’ by Daphne, ‘Mon Marriage’ by X Maleya, ‘Bon Bon’ by Blanche Bailly, ‘Ca a Cuit’ by Ko-C, ‘Le Gars La Est Laid’ by Minks’ and so many others.

Rythmz has also dropped some of Cameroon’s most popular songs like ‘Dancia’ in 2015 and the ‘Power’ series. They have also been on international projects like the 2016 GreenPeace Congo Basin Collaboration with Fally Ipupa and Fabregas. Writing and producing content is my life! I mean...10 years of working experience can do that, right!? Follow me @joanngomba
Related ItemsFeaturedNo Hitz No RecordzRidimzRythmzShaba Musik
← Previous Story Tzy Panchak launches “Put Your Hands On We” freestyle challenge
Next Story → New Music: Awu – Dege Dege