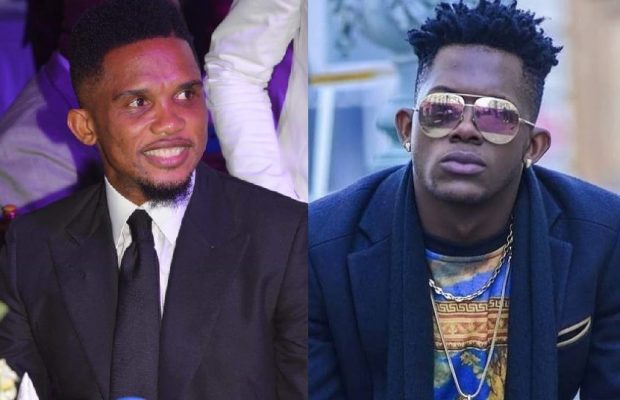 When you have Samuel Eto’o as your best friend forever (BFF), know expensive gifts shall come your way. Ask Cameroonian rapper, Tenor!

It seems like only yesterday that these two friends met and bonded but it looks like the four-time African Footballer of the Year and the Universal Music rap star have been friends for more than 20 years.

Of course 20 years of friendship doesn’t just bring trust, love and happiness but it can also bring good expensive tidings… like a 20 million francs gift bag worth of jewelries.

Rapper, Tenor has just revealed on his Instagram that the African football legend, Samuel Eto’o gave him a real and super expensive diamond encrusted Patek Philippe watch and bracelet.

The rapper was only responding to a fan who asked him about the cost of his watch  when he posted on his IG on August. In responds, he told the fan he didn’t know because Eto’o gifted it to him. Tenor and Eto’o have developed a bromance so good and so strong that only God will be able to tear them apart. Eto’o has openly praised Tenor‘s music and even endorsed his brand and slogan, Le Fiang Le Weh Yamo on several occasions. Tenor, on the other hand. has continuously showed his love and respect for Eto’o‘s friendship to him and his music.

We definitely don’t want this bromance to end.