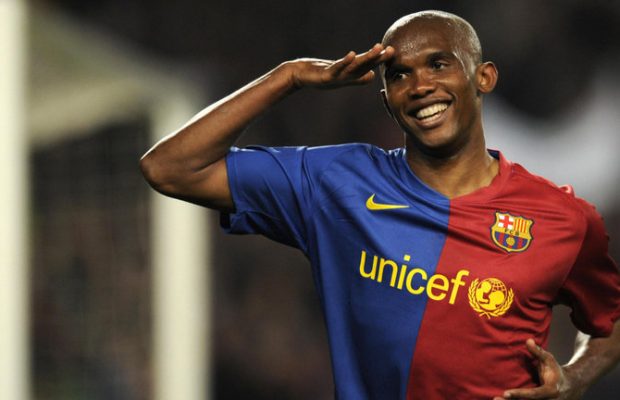 Spanish Football Association, La Liga has unveiled its 6 new ambassadors and Cameroonian football icon, Samuel Eto’o is one of them.

Samuel Eto’o is now one of the new six La Liga ambassadors, making him the only Cameroonian and black African player to take on this new role. The four time African Player of the Year winner is joined by Carlos Valderrama, Julio Baptista, Aintzane Encinas, Luis Garcia and Xabi Prieto as the latest additions to this season’s #LaLigaAmbassadors squad.

The former players are set to work on the expansion of LaLiga’s international brand throughout the world. The job performed by ambassadors is essential to LaLiga.

“The role of ambassador is fundamental to LaLiga’s internationalisation process. They’ve all played here and know the values, perks and joy entrenched in this competition. Furthermore, their international profiles bring us knowledge and experience linked to other markets and are of immeasurable value to the La Liga brand,” Javier Tebas, La Liga president explained at the spectacular unveiling ceremony in Madrid on October 16. Samuel Eto’o left a huge mark on La Liga while playing for FC Barcelona, scoring 108 goals in five seasons. He is currently at Qatar SC, the 13th club side of his career.

Writing and producing content is my life! I mean...10 years of working experience can do that, right!? Follow me @joanngomba
Related ItemsFeaturedFootballLa LigaSamuel Eto'o
← Previous Story Association of Cameroon English Speaking Bloggers go on a mission
Next Story → BDMA2018: Cameroon media award to generate 43 Million FCFA into Entertainment sphere