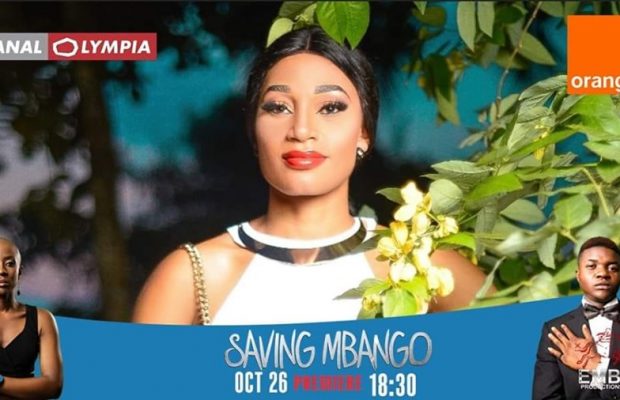 EMBI Productions is teaming up with Orange Cameroon to give Stephanie Tum’s debut film, ‘Saving Mbango’ a major premiere in Cameroon.

Actress, Stephanie Tum has announced the premiere date to her first ever film as a movie producer and on October 26, 2019, ‘Saving Mbango’ will be premiered at the prestigious Canal Olympia cinema in Douala in a big way. In a statement, Eselem Edwin, Brand, Events and Sponsorship manager for Orange Cameroun says the telecommunications giant has decided to partner with Embi Productions for the premiere of #SavingMbango the movie as part of their plan to revamp the cinema culture in the country.

“Orange Cameroon partners with EMBI Productions for the premiere of #SavingMbango . In February of 2018, Orange signed a strategic partnership with CanalOlympia to bring back a new lease of life in the cinema asset after twelve years.

The promise, 18 months ago, was to leverage on local content and the promotion of Cameroonian movies and productions. It is within this framework that Orange is taking a 360-degree lead in the organization, promotion and premiere of #SavingMbango

This partnership comes at a time when there are discussions on creating a symbiosis between the entertainment industry and the corporate world.

#SavingMbango caught the attention of most Cameroonians, thanks to its original screenplay, love theme and massive social media engagements before, during and after shooting at a small village in the South West Region, called Mondoni. The film is expected to raise awareness on cancer, especially in the rural areas and hopes to draw attention from all Cameroonians as well as those in the health sector to find better ways of tackling this deadly disease within our rural communities. After all, not only the rich die of cancer.

‘Saving Mbango’ premieres at Canal Olympia cinema on October 26 in Douala. Save the date.