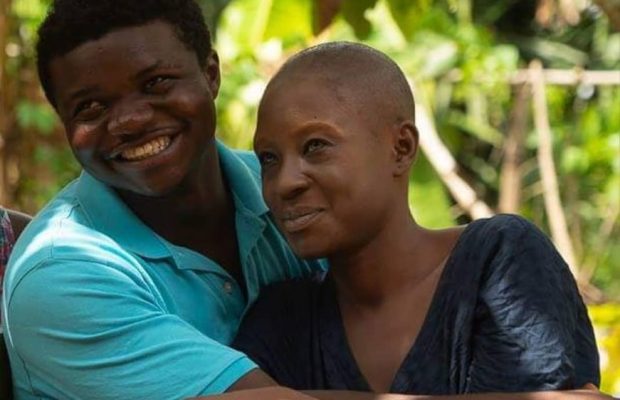 This is not one of those moments for gainsaying. Of the myriad of movies that are anticipated this year in Cameroon, ‘Saving Mbango’ is clearly the most anticipated!

Its formula to gaining this status has been spectacular; creating a community of fans through social media, employing a deft grassroot promotion strategy that makes the movie into a sort of movement, and staying positively local. We are all part of the movie’s process: from the auditions, to cast announcement, to shooting and now, we are on the road to its premier. It is like watching your sister bring forth a child, your niece or nephew, one whom you so want to hold.

Early this year [2019], when it was announced that Stephanie Tum’s EMBI Productions would be producing ‘Saving Mbango’, a movie written by Cameroonian actor, Lynno Lovert, I rolled my eyes. In my mind, it was going to be yet another Cameroonian movie in which producers, directors and actors will be more excited about the priced opportunity to be seen making a movie than actually for making a great movie. It was going to be another tiring round of flashy movie premieres to show off bleached skin, heavy make-up and pompous trendiness, with the film itself taking a backseat to the aesthetics of human vanity. But ‘Saving Mbango’ was taking a different route. When the cast was announced, I was pleased to find out that Godisz Fungwa, a fresh face, enthusiastic actor was going to be the male lead. Laura Onyama was going to be the female lead. While Laura is a household name and a phenomenal actress, the choice of having her play lead went against the logic of Cameroon movie making. Why would Stephanie Tum not play lead in her own movie? That’s the predictable trend in Cameroon. This relentless pursuit of self-promotion by sometimes half talented actors, thrusting themselves to the centre and serving the public nothing other than the displeasure of their annoying presence is the way in which things have been done.

Then there was Godisz. For all his talent, and what I would imagine is his suitability for the role, I could not believe one of the usual suspects were not used; you know the ones who believe that acting in measured by their standards —accent, arrogance, angst. Or better still, I was expecting a foreign lead actor, you know of the type: Ramsey Noah, Alexx Ekubo, John Dumelo, or any of the other humans Cameroon movie makers impose on us under the guise of globalizing the movie or bringing in international audiences, even when we are still to see their impact barely locally. The cast of ‘Saving Mbango’, directed by Nkanya Nkwai, was going to be purely Cameroonian, like a decision had been made to take a chance and bet on our local talent.

‘Saving Mbango’ was going to make the point I deeply appreciate. Which is that gone are the days when foreigners will be imported like new high end European clothes or smuggled like contraband into movie sets, to make our films meaningful, watchable, buzz worthy or cool. Gone are the days when the sustainability of our films relied on the dredging up of Jim Iyke, Kanayo O. Kanayo and whichever foreign exotic face matched the fantasy of a filmmaker, and then imposing this fantasy on audiences the way candy is handed to a crying baby. Actors who in some cases spared no one the subtle reminder of their messiah complex, like they were on a god directed mission to save Cameroon cinema. The final product has always been lacklustre and a glaring indication of their lack of commitment.

We have our own candies here, sweet tasting candies made of local ingredient. They come in the form of Godisz, Laura, Libota McDonald, Malvis Anne, Yimga Stephanie, Solange Ojong you name them.

ALSO READ: Celebrity Endorsements: Are Cameroonian brands getting it right? Saving Mbango’s uniqueness has been its ability for the film makers, cast and crew to bring in audiences, and employ social media to deft effect. Throughout the filming of the movie under the searing heat of Mondoni, fans were fed with constant updates, seeing usually glammed-up actors stripped down, bare and raw, dealing with stress, heat, happiness, laughter, conflict and coming together. We saw the image of a family, one in which we admired for their commitment, passion and their ability to provide drama and resolution. We heard accusations, quarrels, and disagreement and yet the cast stayed on and worked through it, not just tolerate each other. They never seemed to lose the essence of it all—making a great movie!

Amidst the behind-the-scenes photos, cryptic clues about plot twists, ‘Saving Mbango’ has been able to build anticipation by seemingly putting audiences on set and taking them through the filming.

Little wonder it is already winning ‘fatly’. Orange Cameroon and Canal Olympia announced a new partnership with EMBI productions that would see them cater for the promotion, premier and release of the movie. Independent filmmakers usually have to deal with the trouble of marketing with its big budget demands. Such a partnership means that there is the luxury of nationwide release, a big marketing budget that would be used for social media push, TV ads, and to blanket the Cameroonian earth with billboard ads. It is now a co-branded movie and this partnership definitely increases Saving Mbango’s publicity, stature and keeps it’s audience doubly motivated.