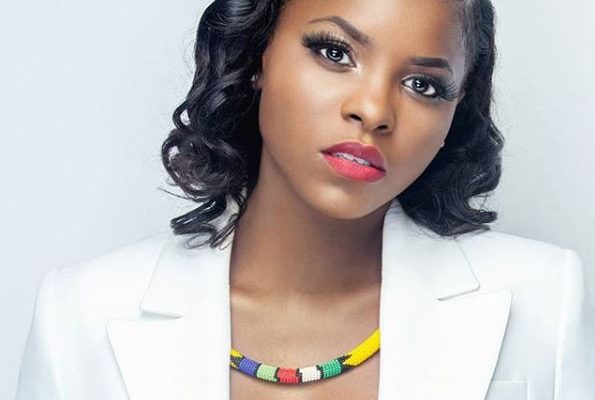 It’s been a few hours since Daphne dropped her new song and video, Doucement but she’s now being accused by an upcoming artist of ripping off her song also titled, ‘Doucement’.

Daphne‘s latest video, ‘Doucement’ has already garnered over 30,000 views in just eight hours since its release (July 15) but did the Steven’s Music star steal the song from a rising singer?

In a private Whatsapp chat, a young rising singer, Fonkem Tracy claims Daphne’s new song was one of the songs she had sent to Daphne more than three months ago, alongside three other songs, asking for a possible collaboration with the star. 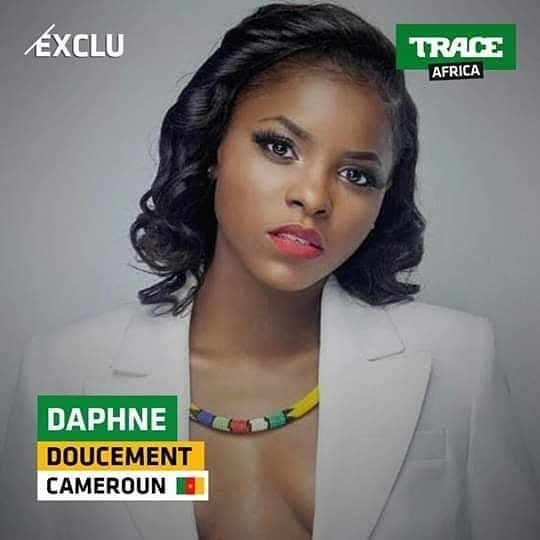 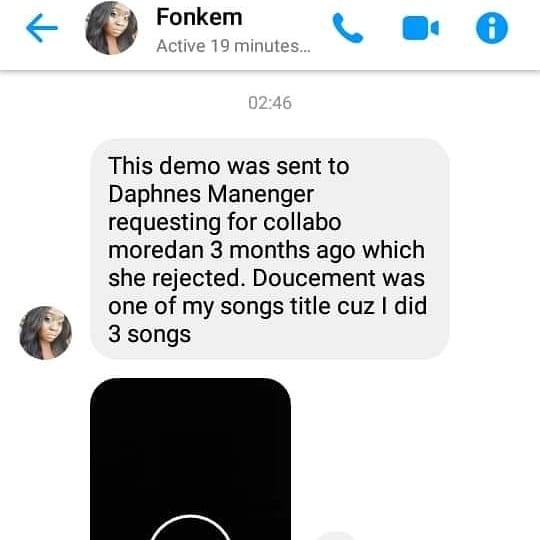 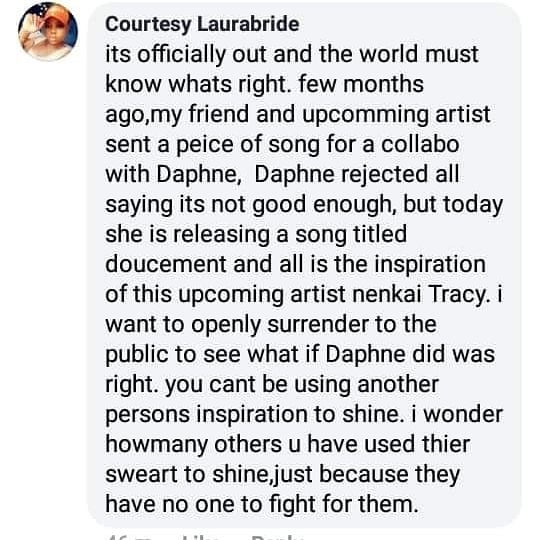 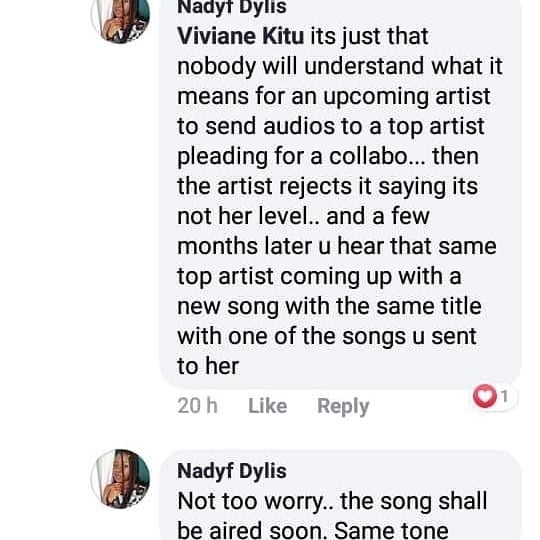 Tracy claims Daphne turned down her request for any collaboration saying the songs were not “good enough”. But she’s now surprised that the singer has gone ahead to release a song very similar to one of hers. She says both songs have similar titles and should say a lot.

Daphne is yet to respond but the producer of her song, Salatiel is confirming that Daphne’s song was written since 2017 and it was written by another giant singer, Mr. Leo. So then if Daphne’s song was written in 2017, why would Tracy claim her song she sent to Daphne in 2019 is the same song?

Dcoders, what do you think? Listen to both songs below.