Home / Joan on Sex / Stanley Enow says he’s a one man, one woman kind of guy in ‘Casanova’

Stanley Enow says he’s a one man, one woman kind of guy in ‘Casanova’ 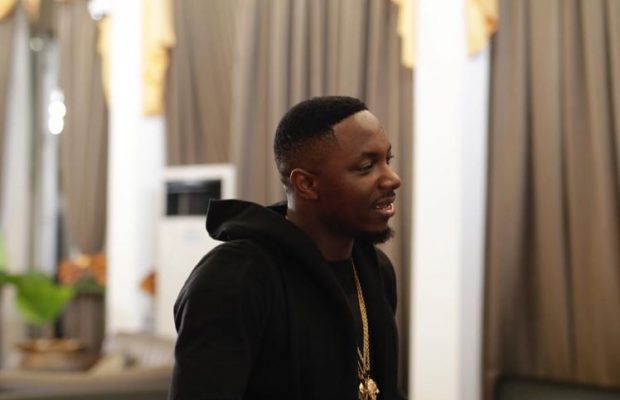 Stanley Enow has just released a brand new music video for the song, Casanova and as fans continue to praise his latest work shot by Dr. Nkeng Stephens,  we are very much interested in some of the relationship tips he’s managed to pass out in this video/song including him being a one-man-one-woman kindda guy.

The Hip Hop artist says in life, both the ladies and the guys need to learn how to treat their partners right in order to reduce the numerous breakups we witness these days.

For him, who is an artist or celebrity, Stanley admits that getting and enjoying a love relationship is twice as hard because, unfortunately, his phone calls, text messages, social media interactions are mostly misinterpreted by his partner (although he doesn’t reveal if he’s in a relationship or not).

Here are some of the relationship tips we got from Casanova

In the video, Stanley seems stressed from his relationship problems at home. He can’t even get off work on time because he can’t figure out how to deal with his girlfriend accusing him of cheating. He feels terrible that he’s unable to make her understand how much he loves her.

Stanley is simply saying what every celebrity is facing in their love lives. Most celebs don’t know how to have and enjoy their partners because they are been bombarded with mysterious calls, texts, and messages from fans on daily basis. Some celebs will admit that they receive nude pics/videos from fans almost every day and if seen in their phones by their partners, it becomes difficult to explain. Hence quarles, misunderstandings, mistrust and subsequently, break ups.

Being honest is the one best thing to keep a relationship alive. Always learn to tell the truth, even if it hurts and also learn not to do the same mistakes twice after he/she has forgiven you the first time. Stanley had to tell his girl the damn truth and hope she believes him.Even when you see all these messages on my phone, “me, I no be Casanova”.

In Casanova, Stanley is putting his girl first before any fan. Yes, he loves and adores his fans worldwide but he is in love with the woman of his dreams. The one who loves him for him and not the celeb he is.  Most people turn to misplace like and love and then who and what. Your fans love you but they don’t know the real you. But your partner does. So treat them with respect and care. Always let them know he/she has a special place in your heart because if she/he is happy, you are happy.

Couples need to respect each other – their personality and careers as well as status in life. When you are dating someone, always treat them with the utmost respect like they do to you. He or she is not less of a human being. If they are hurt by your actions, do not ignore saying he/she will figure it out. Address the situation and make them understand why peace is important in your relationship. To celebrities, do not treat your partner like you treat your fans. Do not rate their opinions like the one your fan sent you on Facebook. Do not disrespect her/him in public like you don’t care… then go beg at home. Always tell them you love them so give them assurance in the relationship.

There could be more, so tell us what other relationship lesson did you find in this song/video? Let us know below.

Writing and producing content is my life! I mean...10 years of working experience can do that, right!? Follow me @joanngomba
Related ItemsCasanova VideoJoan On SexLove and RelationshipsRelationshipsStanley Enow
← Previous Story Tzy Panchak reveals his favorite sex position
Next Story → Blanche Bailly reveals her biggest turn-offs in men