Home / News / Stanley Enow gets a public apology from Fhish

Stanley Enow gets a public apology from Fhish 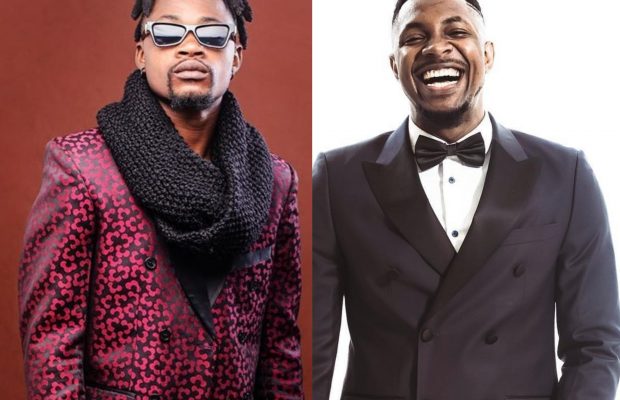 Singer Fhish has tendered in a public apology to Stanley Enow and his team weeks after he accused the hip hop star of disrespecting him and his “government” at a popular nightclub in Douala.

Fast rising singer Fhish says he is throwing in the towel on his feud with multiple award winning musician, Stanley Enow after the young lad disgraced the rapper in a now famous Instagram video, accusing him of looking down on him and his crew at the ‘Stanley vs Enow’ album release party at Las Vegas VIP nightclub in Douala on November 15.

In his now deleted video, Fhish called out the ‘My Way’ crooner for snubbing him at his listening party, despite inviting him and his government to the same event. He mentioned the fact that Stanley never gave them drinks and also denied him the opportunity to perform at the event.

The ‘Anti Kirikou’ singer went on to call Stanley’s music “wack” and referred to him as “Stanley fucking Enow” in the video. He also threatened to go “physical” on the rapper whenever they meet on the streets because he “runs the streets”.

Stanley never responded to the accusations and threats but his older brother and former manager, Martin Enow blasted Fhish on Twitter, in response to his threats. In a series of tweets, Martin did not only call Fhsih out as a one hit wonder, a baby artist, a disrespectful, ungrateful and greedy musician but accused him of being gay whom he could jail for opening threatening the life of his younger brother and Cameroonian musician.

Fhish has since dropped other videos on Instagram concerning this same drama. He also slammed Martin for being Stanley’s servant (nchinda) and told him, he will never be anything other than that. Well, today, Fhish is taking all that back.

The young singer, who has the FHISH FEST EVENT coming up, is now publicly apologizing to the Enow brothers and the entire Motherland Empire label for his bad behavior in the last few weeks.

Watch the video below and tell us if you still think this #celebritybeef should drag into 2020.

Writing and producing content is my life! I mean...10 years of working experience can do that, right!? Follow me @joanngomba
Related ItemsFeaturedFhishMartin EnowMotherland EmpireStanley Enow
← Previous Story Blaise B has a change of heart towards Tzy Panchak
Next Story → Makala Courtez goes semi nude in new picture