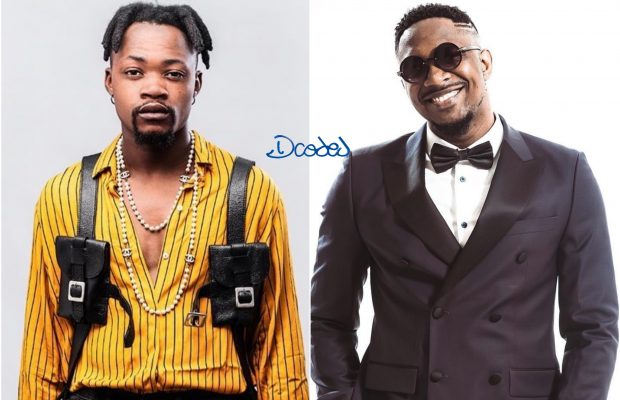 Stanley Enow has been called out on social media by a young artist, Fhish over a misunderstanding which happened during his album listening party, Friday night in Douala.

In a video posted on Instagram, Fhish lashed out at Stanley Enow and his entire team for “disrespecting” his “hustle” and his “government” at the ‘Stanley vs Enow’ album launch party at the famous Las Vegas VIP nightclub, Douala.

The ‘Anti Kirikou‘ singer claims after being invited to attend the event by Stanley, him and his team were completely ignored or snubbed during the ceremony by the ‘My Way’ crooner.

Fhish went on public records to claim that Stanley did not only refuse giving them drinks but added that his opportunity to perform during the event was also shut down. In his own words, he says he was told that the order was sent “from above”.

The singer didn’t end there. He also went ahead to slam Stanley‘s music, calling it “wack”, referred to the award winning artist as “Stanley Fucking Enow” and says if such treatment is given to him again by Stanley or any other artist, he will be ready to go “physical”… on the streets because he runs the streets.

We put a call through to his management and we were told Fhish didn’t talk to Stanley before going on his Instagram rant, early Saturday morning (November 16).  For someone who invited you to be part of his album release party, it’s seems unbelievable that he will deliberately not treat you well at the same party.

Stanley is yet to make a statement. Stay with us for more on this story.

Writing and producing content is my life! I mean...10 years of working experience can do that, right!? Follow me @joanngomba
Related ItemsFeaturedFhishStanley Enow
← Previous Story Ballantine’s, Fally Ipupa launch ‘True Music Challenge’ to find Cameroon’s next music star
Next Story → Blaise B has a change of heart towards Tzy Panchak