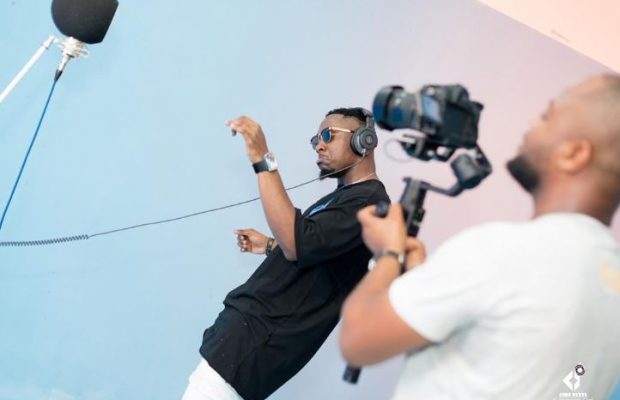 Stanley Enow has dropped his first single title, ‘Glory’ off his forthcoming, Stanley vs Enow and it is making all kinds of headlines.

The Motherland Empire star has began releasing songs from his much anticipated second studio album, ‘Stanley vs Enow‘ (November 22) and praising the Lord for all his blessings in his life seems to be the most appropriate start.

‘Glory’ isn’t just blessed with an audio but it also comes with a beautiful video, directed by Dr. Nkeng Stephens. The video is clean and shows Stanley Enow basking in the euphoria of his success, while giving thanks to God.

Although the award winning musician and his fans are pretty happy about the new song and video, even calling it “an award winning video,” not all the Cameroonian music fans believe the new project is that glorious.

“God above all, when he blesses you always thank him… kudos a toi frere Stanley, give him all the glory,” one fan wrote. Another said, “The only thing wrong with this song is that it has an end. Love you Stanley.”  Another fan wrote, “On repeat because na cartapila go move me for here.” While the other said, “I watched this video about 6 times already. Stanley keeps getting better every time.”

However, there were others who felt they should tell the artist “The Truth”.  about his songwriting skill,

“Till now, people can’t tell Stanley the truth. Stanley’s problem is the people who surround him. They would never tell him the truth. They would hype him just to get what they want from him. Advice him to hire people to write him songs.

But another fan thinks everyone needs to chill out. “For a sec, y’all gotta stop hating. Even pipo wey no get career di bash on Stanley. Smh,” he wrote.

But another fan had this conclusion, “Imagine an artist having Jovi’s talent and Stanley’s personality. The future of Kamer zik is pregnant.”

So, how glorious is Stanley Enow’s Glory?