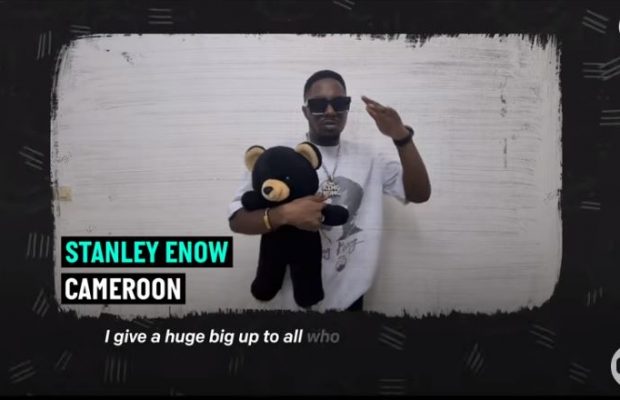 Stanley Enow is among MTV Base Africa’s 10 Best Musicians to lend a voice in a joint musical project to fight against COVID-19 Pandemic.

The Cameroonian music act is the only representative from French Africa to feature on this huge project organised by the ONE Campaign. Stanley Enow did not only showcase his vocal ability while singing but also dropped some hard bars (rap) in his verse.

Spotted with his new BFF, a big black teddy bear, the ‘Bounce’ crooner is seen rocking a slightly oversized white t-shirt and his signature black shade. The song was released, in partnership with MTV Base Africa and the Nelson Mandela Foundation on “Mandela Day”, July 18; A day set aside each year to celebrate the life of the great Nelson ‘Madiba’ Mandela.

‘Stand Together’ will debut during the annual Nelson Mandela Lecture as the artists call on everybody to unite in the fight against the pandemic. #ONEWorld.

Watch the video below: