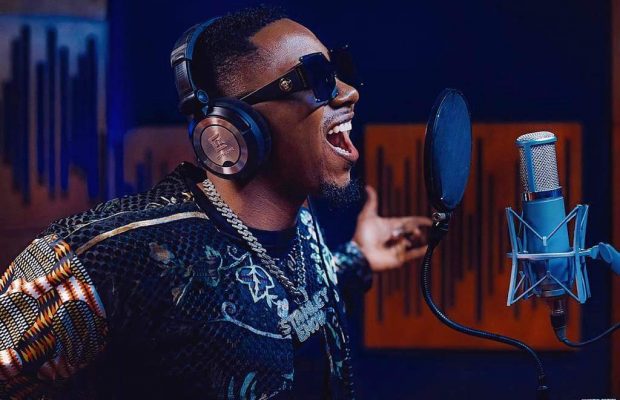 The famous Cameroonian music star got a nomination under the “Best Francophone Act” category, making him the only Cameroonian to have picked up a nod at this year’s event.

Stanley Enow goes head to head with five other French African music acts including Fally Ipupa, Dip Doundou Guiss, Suspect 95, Innoss’ B and Gaz Mawete. Fans have slammed MTV Base for nominating Stanley under a Francophone music category meanwhile he is an Anglophone and most of his lyrics are delivered in the English and Pidgin languages.

This is not the first ever MAMA nomination Stanley Enow is grabbing. Back in 2014, the ‘My Way’ hit maker made history to become the first ever Cameroonian musician to become a MAMAs nominee. He did win in his category as Best New Act, beating the likes of Burna Boy and Phyno.

Over the years, Stanley has been nominated for the same award in the Best Collaboration and Best Francophone categories (along side Magasco and Jovi) but lost both to other musicians. With the MAMAs making a return in a virtual form in 2021, Stanley is again the only Cameroonian to make its nomination list. Historic!

The MTV Africa Music Awards will return early 2021 for the first time since 2016 amid the corona virus pandemic. The music celebration will put on a virtual event on February 20, 2021 and it is in partnership with Uganda’s Ministry of Tourism.

“In this pivotal year, the events that have happened all over the world have affected everyone, young people in particular and their vision of the future,”

“Over the years, the MAMA has demonstrated to have the power to inspire young people and unifying communities across the continent through music, which is the main reason why we decided to bring back the MAMA now. We want to inspire young people, unify them and give them much needed hope in one of the most difficult moments in history, connect them, and through this virtual innovation, we are confident that we will deliver positive change which can inspire critical conversations through music and culture.”

It’s not yet clear if the MAMA will become an annual event but Mr. Twala assures fans that, “We are focused on delivering the best event ever for the upcoming 2021 MAMA… as we believe this event is a testament of our long-standing commitment towards the young generation via the power of music,” he tells THS.

The website reports that for the February return, Uganda’s capital will be included in the seventh MAMA’s name – MTV Africa Music Awards Kampala 2021. There are 20 categories this year.

The show will air across the continent on the MTV Base, MTV Networks and BET International Channels and will feature powerful performances from both African and International acts.

Writing and producing content is my life! I mean...10 years of working experience can do that, right!? Follow me @joanngomba
Related ItemsFeaturedMTV Africa Music AwardsStanley Enow
← Previous Story Cameroon lacks Romantic Comedies due to shortage of Sexy Actors