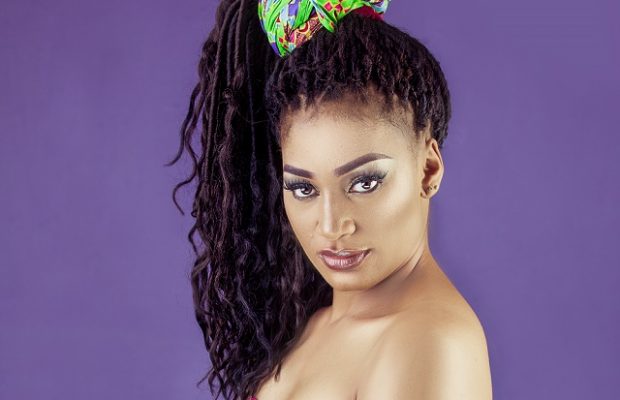 The very beautiful actress and mother of one practically surprised her fans while showing off more than a hint of her cleavage in her new steamy selfie.

ALSO READ: Stephanie Tum dishes on being a film producer and why its so vital Sharing the smoldering shot with her thousands of followers, Stephanie Tum wasn’t afraid to show some skin whilst enjoying her stay in the United States.

As many of her followers clicked ‘Like’ on the picture, others expressed shock over the sultry Sunday snap. Some even quickly jumped into the conclusion that, the always conservative-looking mom is definitely confirming she’s now single and ready to look sexy again… hence the hashtag #yummymummy.

ALSO READ: 5 times Lucie Memba, Stephanie Tum have proven to be the same Back in September, popular blogger, Valery Atia alleged that the popular actress had found a new man during her stay in America but the actress has chosen to remain silent over the divorce rumors.

Stay with us for more on the very sexy Stephanie Tum.

Writing and producing content is my life! I mean...10 years of working experience can do that, right!? Follow me @joanngomba
Related ItemsFeaturedStephanie Tum
← Previous Story Salatiel shows off hot daddy body in Kribi
Next Story → Agbor Gilbert Ebot accused of being a rapist