A Traditional Wedding to Remember: Divine Polyvalent quits bachelorhood in a Toghu style 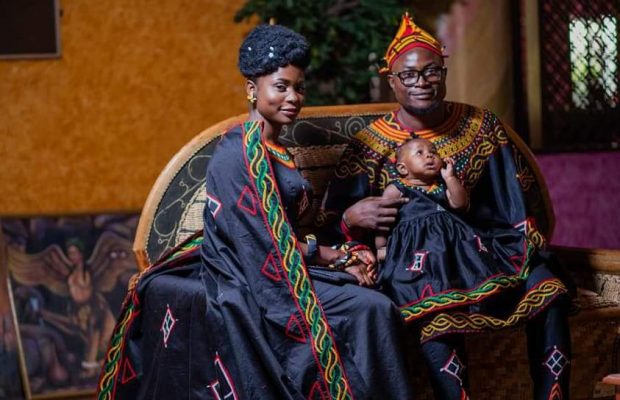 Model and businessman, Divine Polyvalent is off the bachelor’s market and his exit will go down in wedding history  as one of the most stylish and trendy weddings in Cameroon. It was a traditional wedding to remember! Divine Polyvalent made sure his personality was flaunted on his big day as he finally legalized his relationship with the mother of his adorable daughter in a grand Toghu-themed wedding in Bamenda on December 29.

Divine and his beautiful bride, Sarah were tying the knot according to their tradition and we are here to take you through it. There are traditional weddings and then there’s this traditional wedding! Call him the most stylist male model in Cameroon and he will wear that as a badge of honor! Divine practically shut Bamenda down in one of the most talked about trad-weddings of 2017!

The model/businessman had his dream wedding all mapped out long before he proposed. He wanted to celebrate his tradition just as he celebrates his style on his special day. He wanted to don his culture and inspire other young men to follow suit and that’s exactly what he did.

The famous and wildly celebrated Toghu fabric (from the North West Region of Cameroon) reigned supreme.  If a ‘Bamenda man’ has never been proud to see his culture hailed in the 21st century, then Divine just gave that man his greatest pride. The groom looked priceless in his magnificent Agbada attire which featured from head-to-toe; the Toghu fabric. He had a royal cap, a beautifully embroider black and gold over all and slim pants and had no need for socks as his well-polished black shoes stood out to add some glam to his busy look. The bride looked like a royal princess in body-hugging black gown covered in a similar long traditional cape coat. She kept her hair raw and went for simple makeup as she smile brightly for her man. One could see from their smiles that their culture made them better together. When the bride and groom look as royal as Divine and his queen, the bridesmaids and groomsmen had no choice than to follow suit. The friends of the couple were respecters of the theme. Their lovely traditional outfits screamed style, simplicity and joy as they rocked the Toghu-look to match the occasion.

The guests also had a touch of the Toghu fabric on their outfit – Even the canopies too! When Toghu is the center of it all, even the cake had to queue in. The five different layers of cake carried the Toghu-design as well. The cake was beautifully made; carrying so many colors of tradition, love and fabulous-ness of the couple and their guests.

Divine’s Polyvalent‘s wedding was a true display of modern day culture, love, togetherness and hope for a better tomorrow.

Congratulations to the couple. May God bless your union. See more pictures from Polyvalent’s fab-trad wedding below. 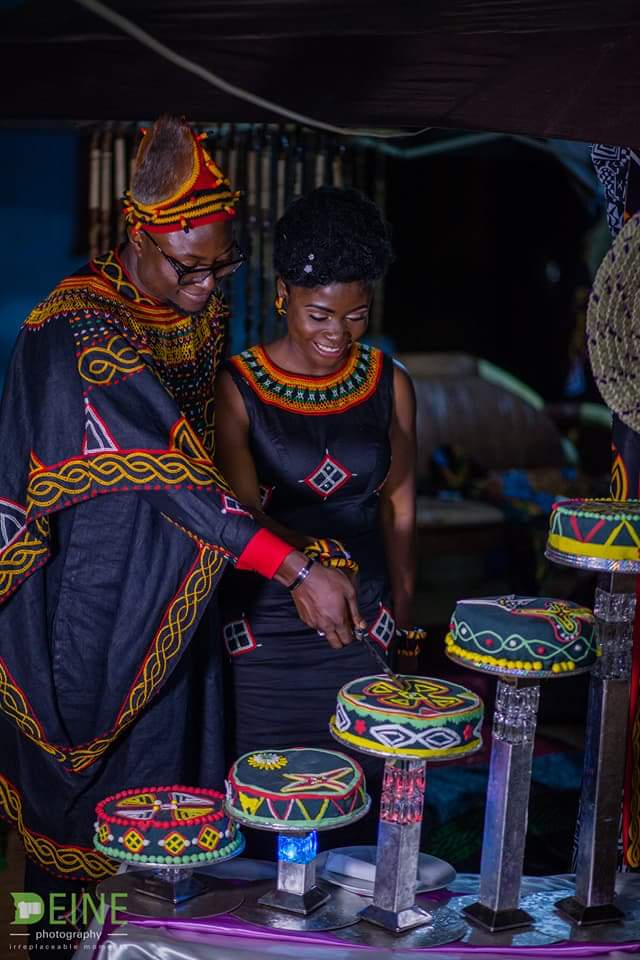 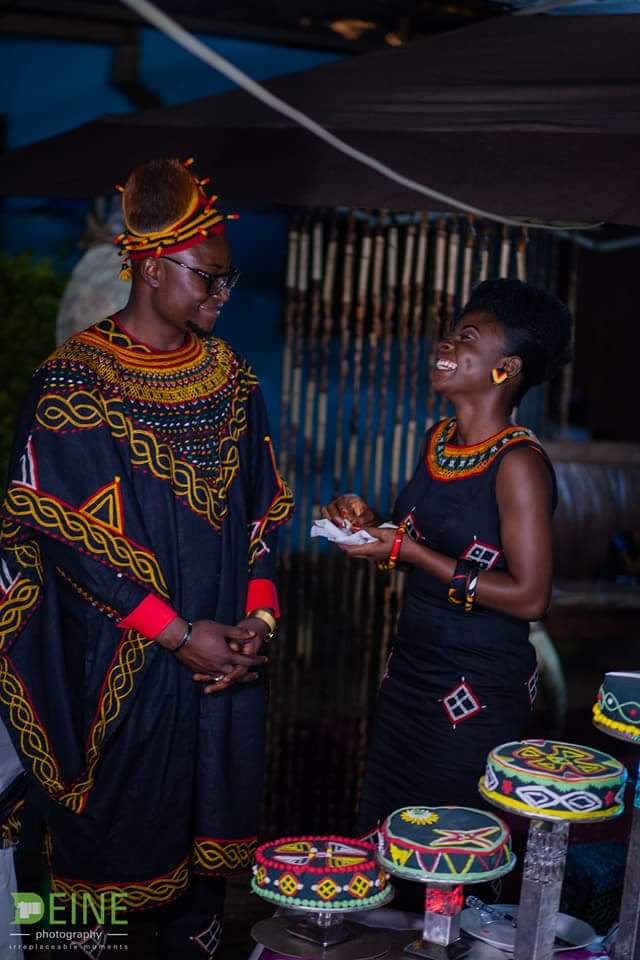 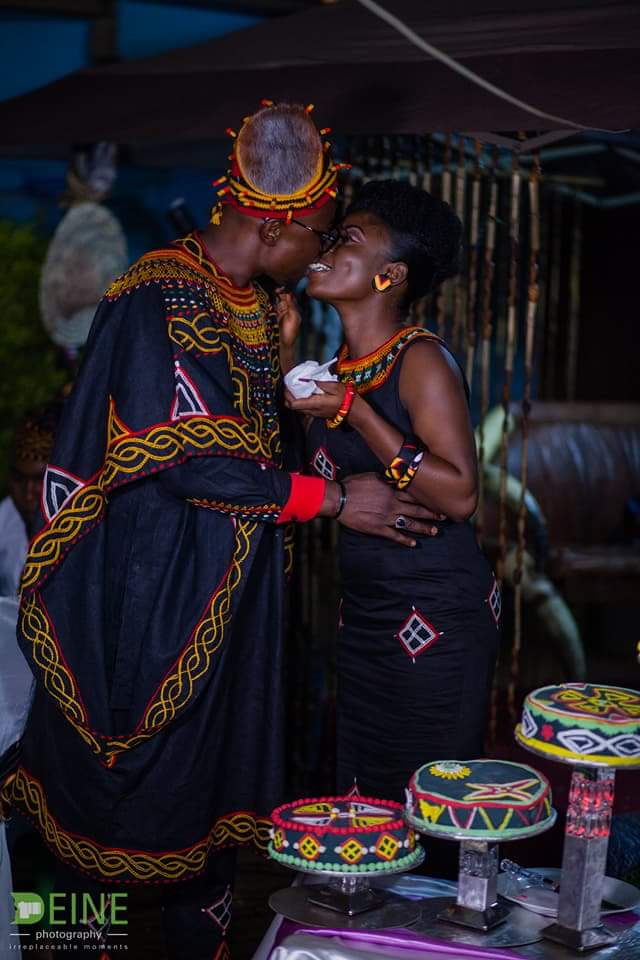 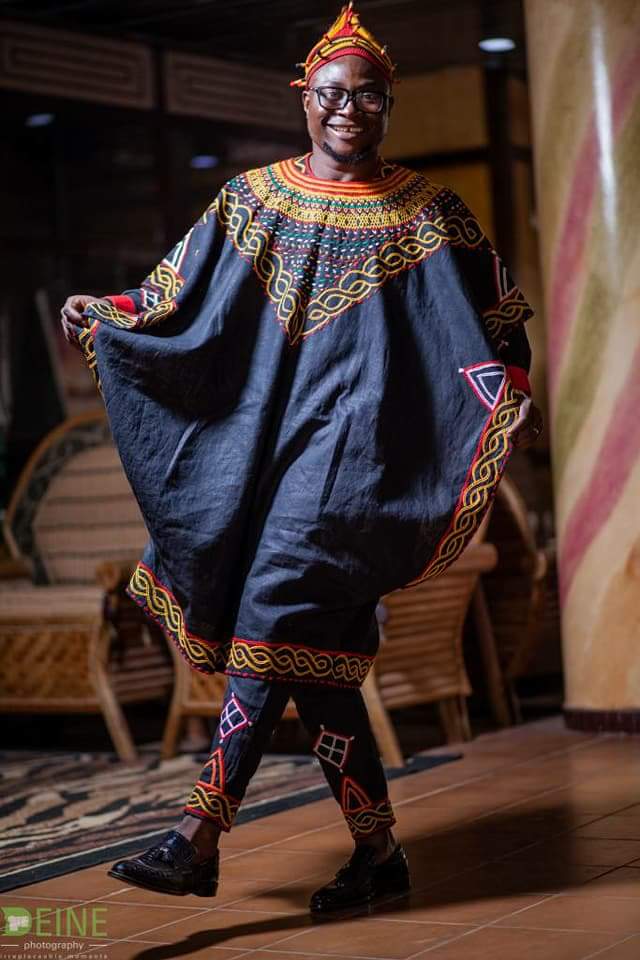 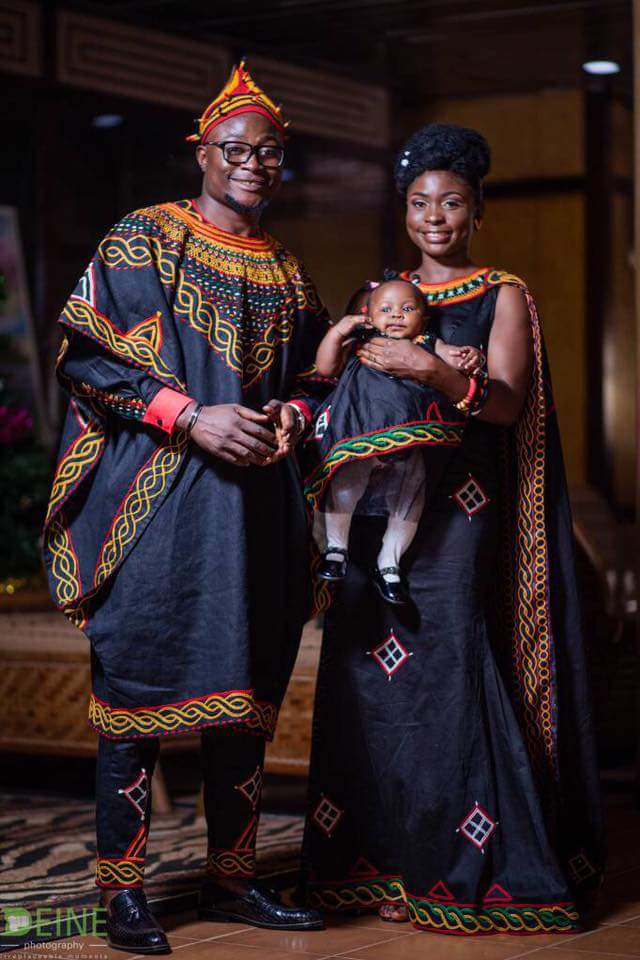 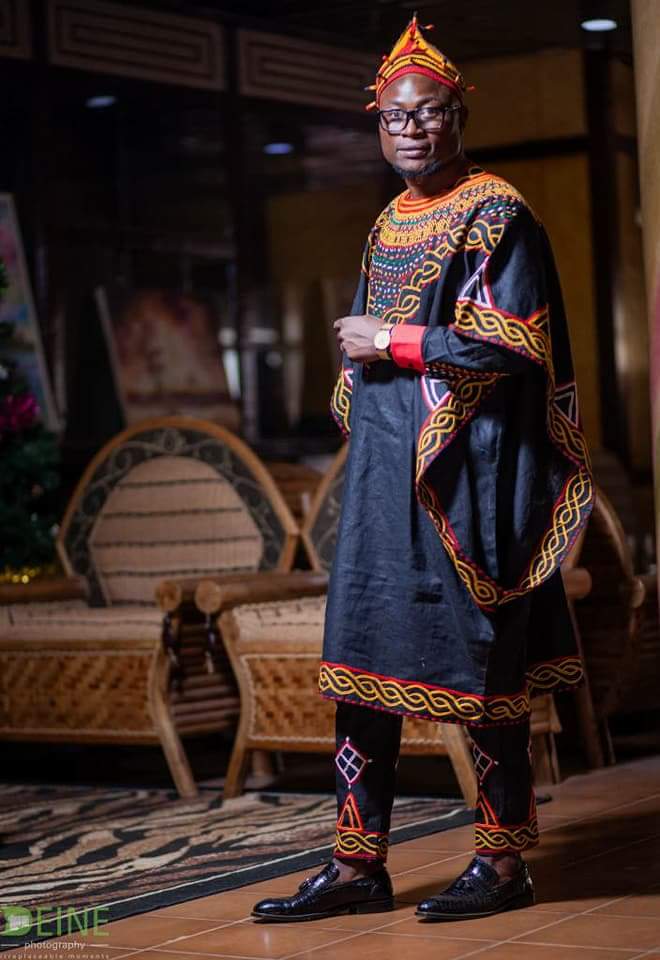 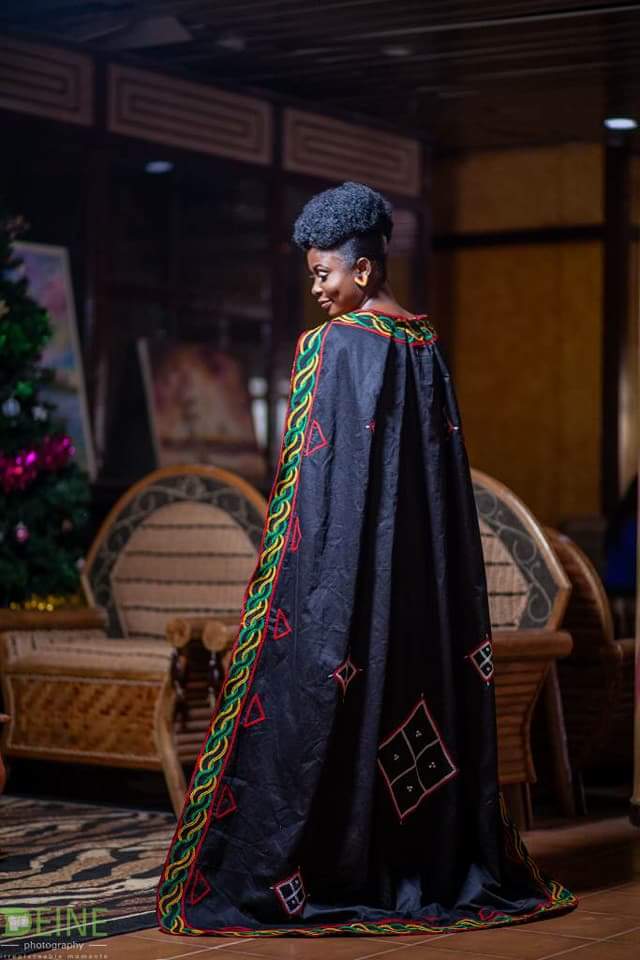 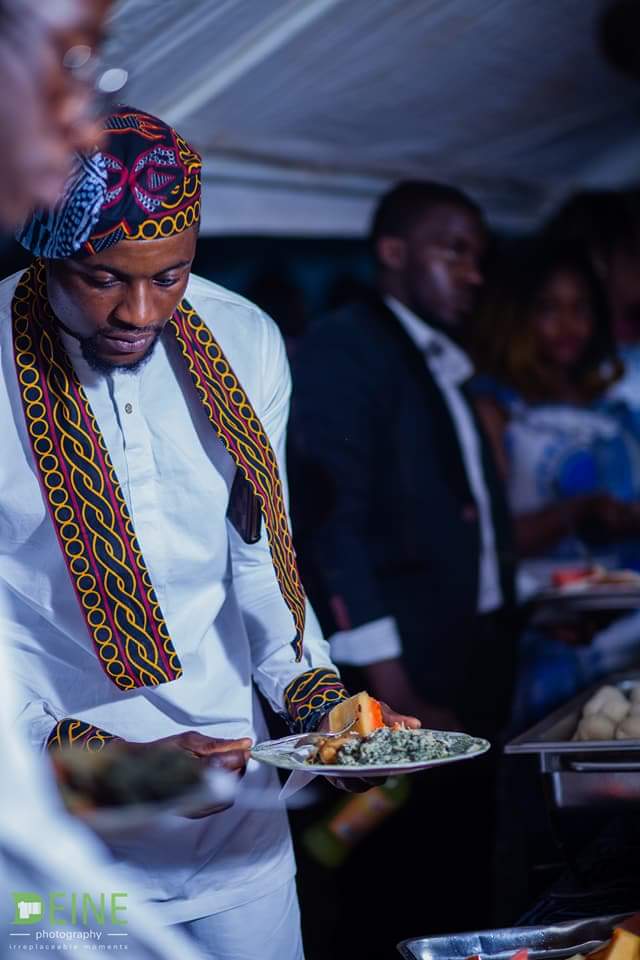 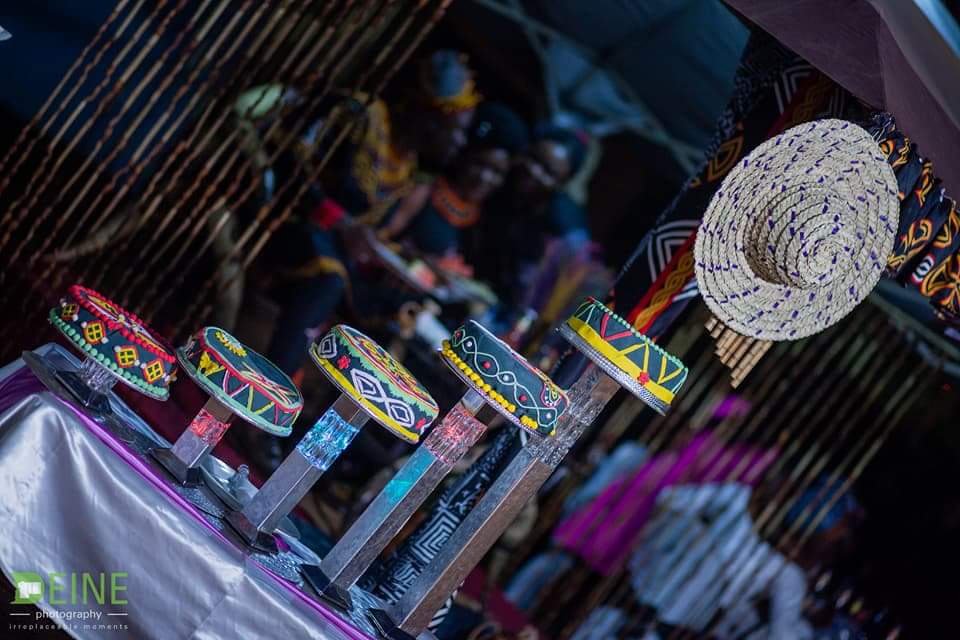 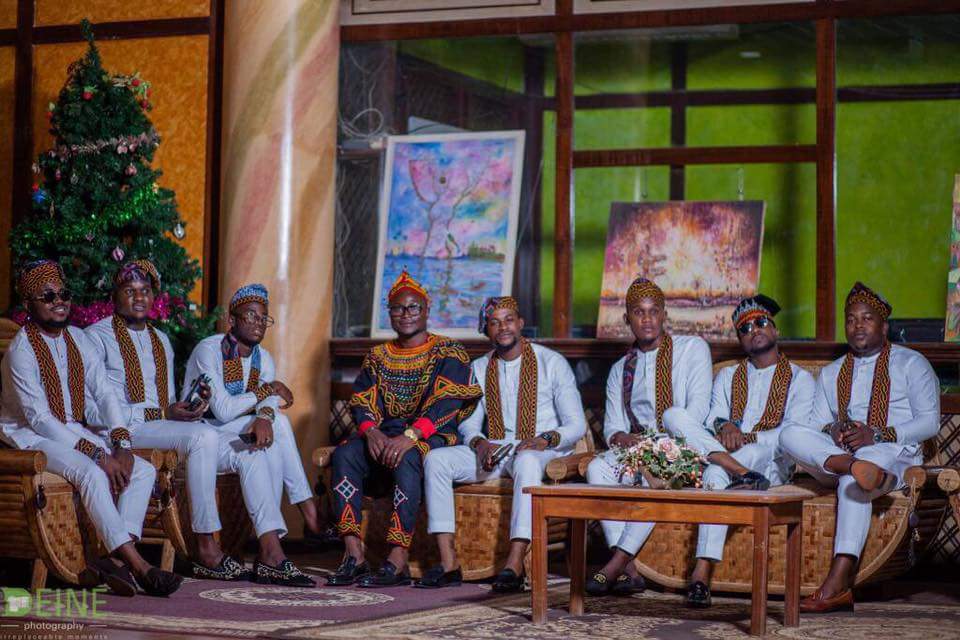 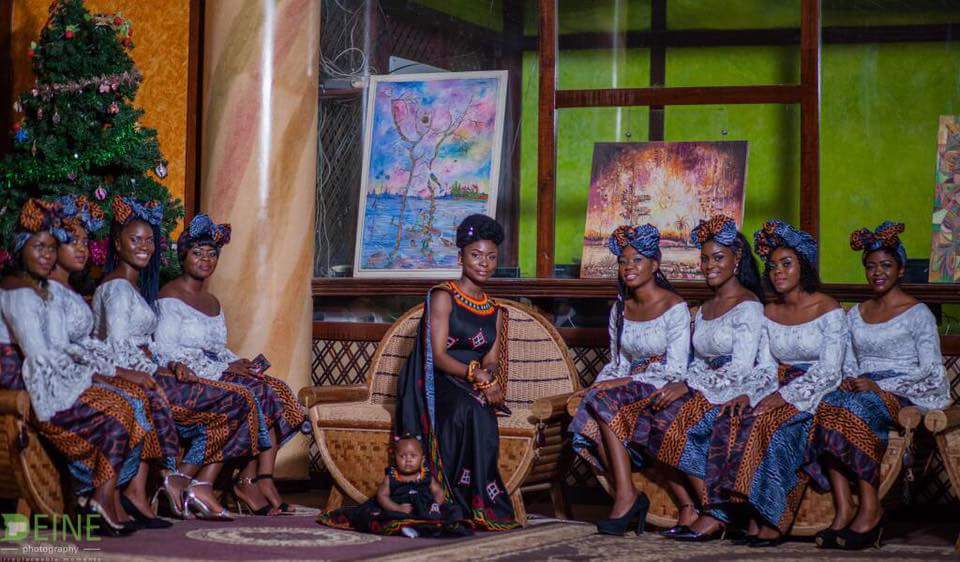 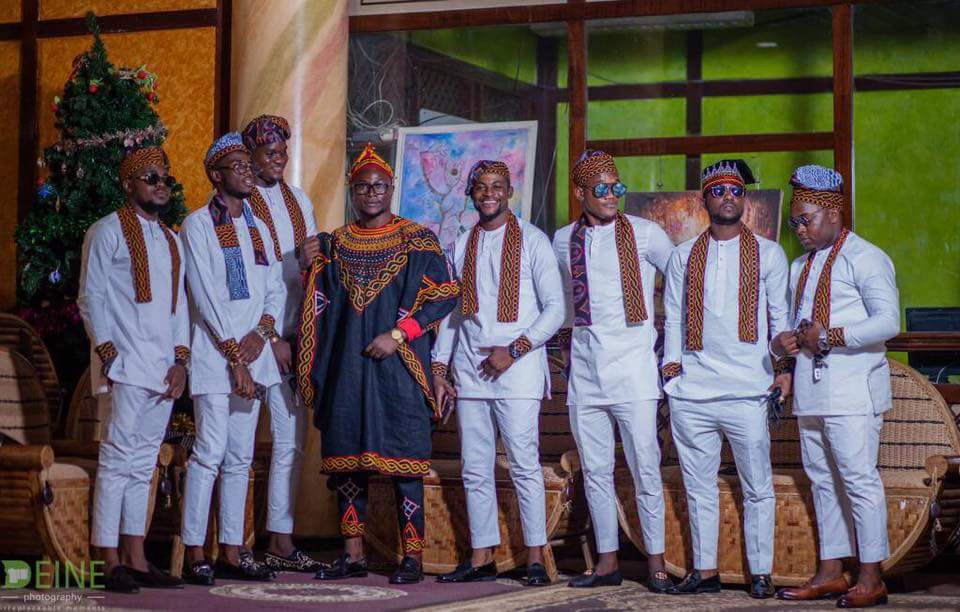 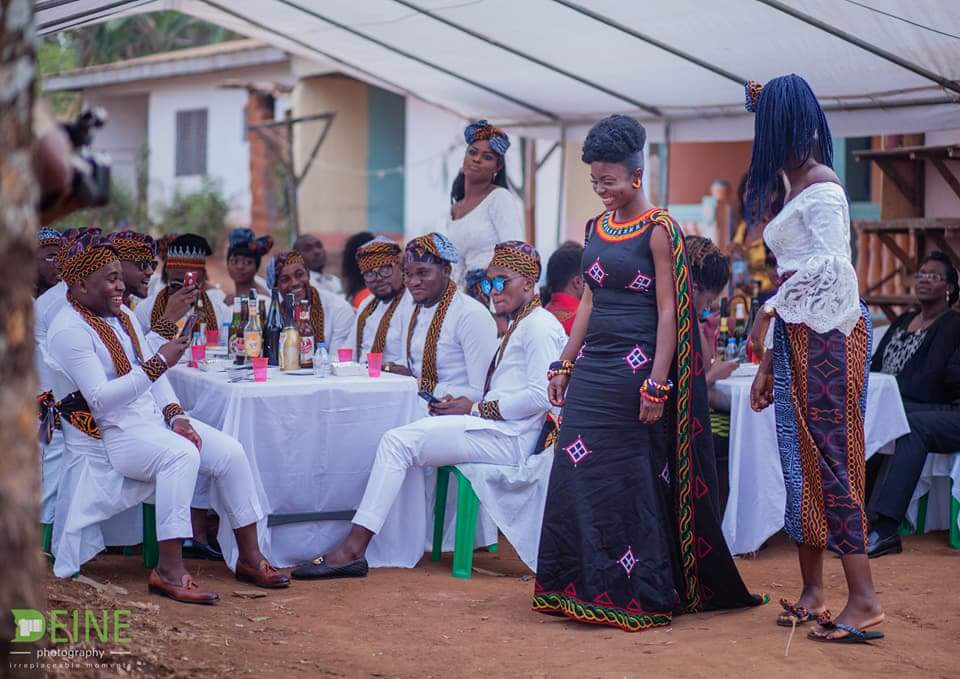 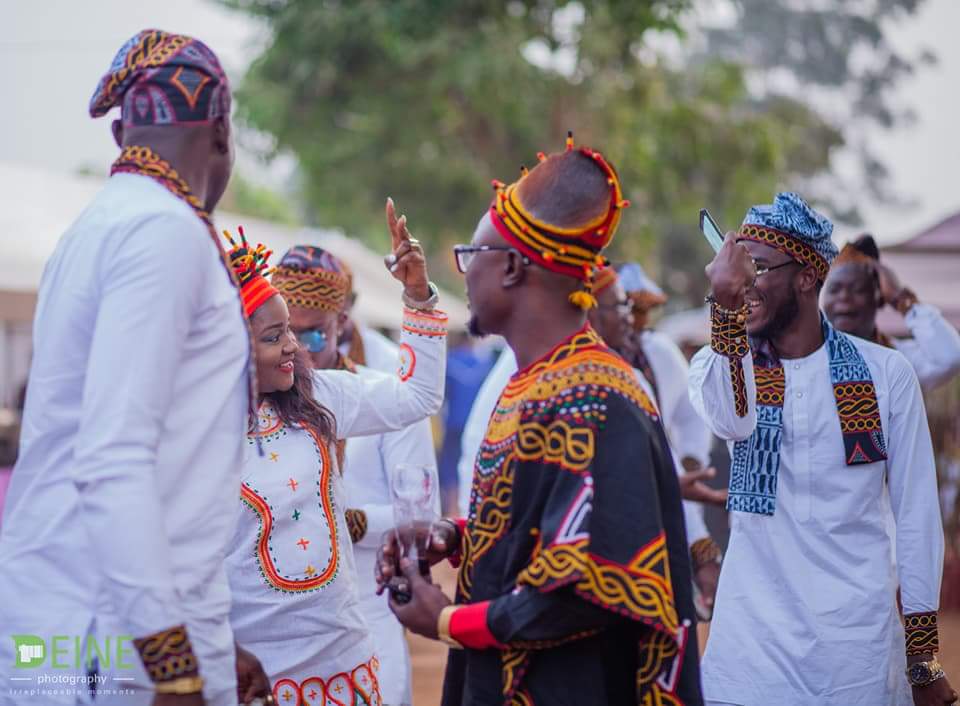 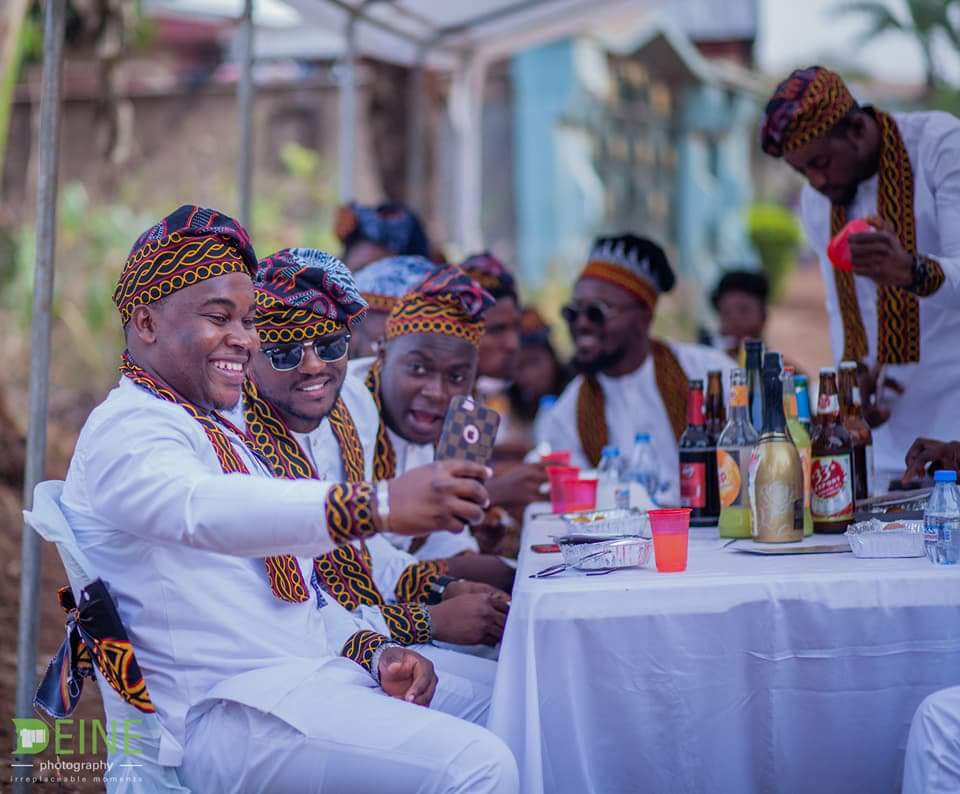 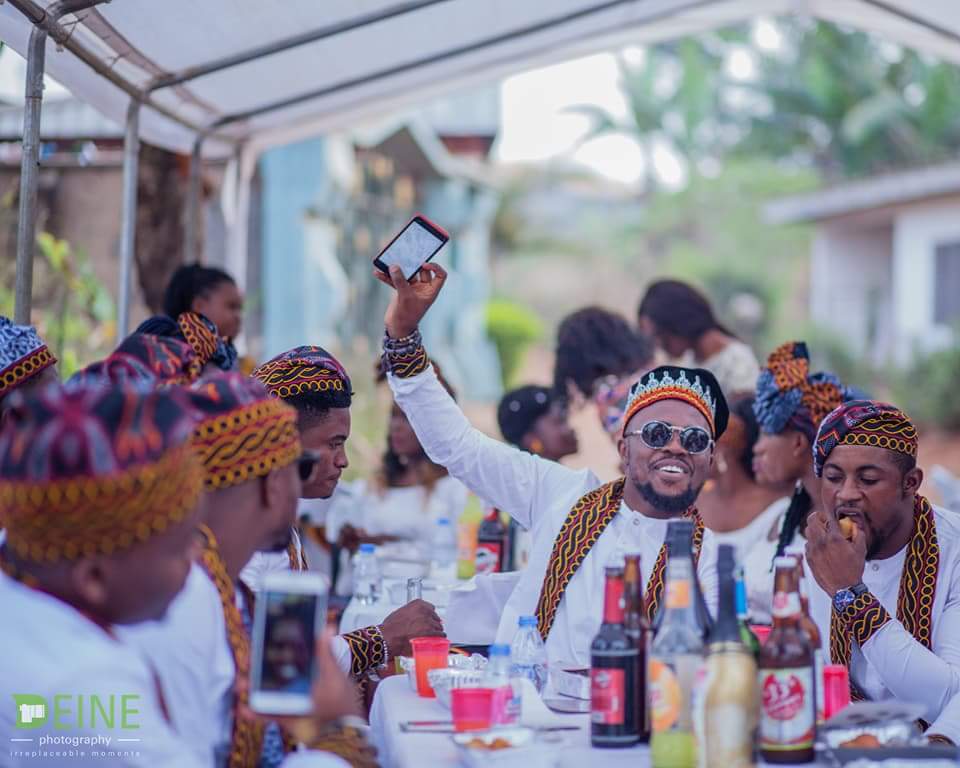 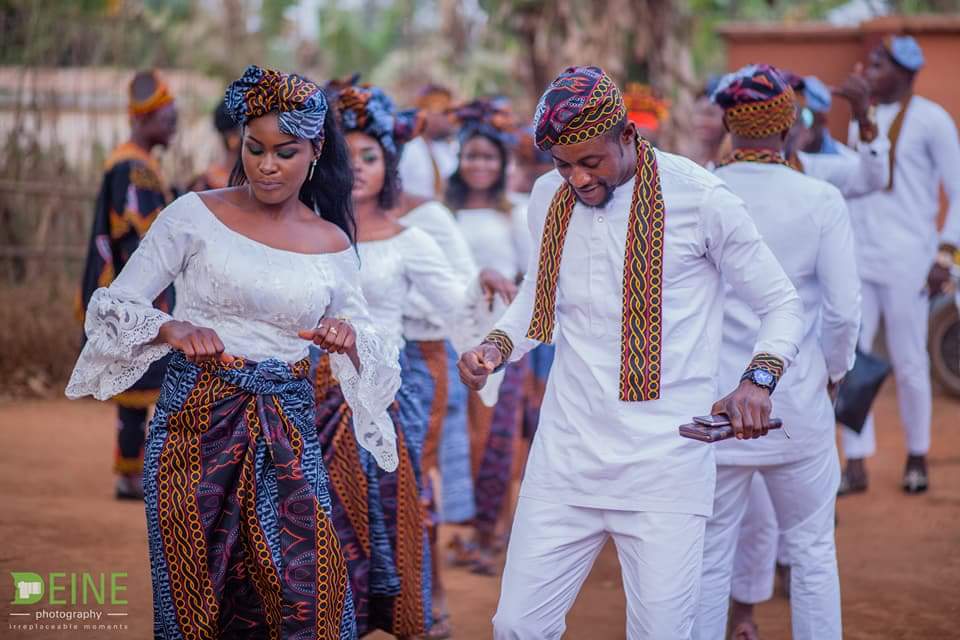 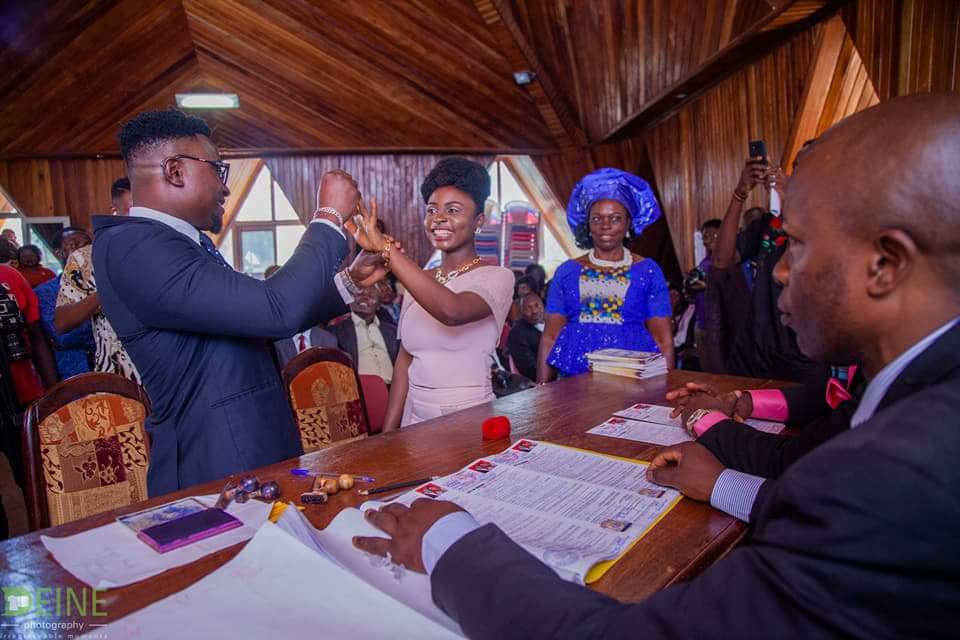 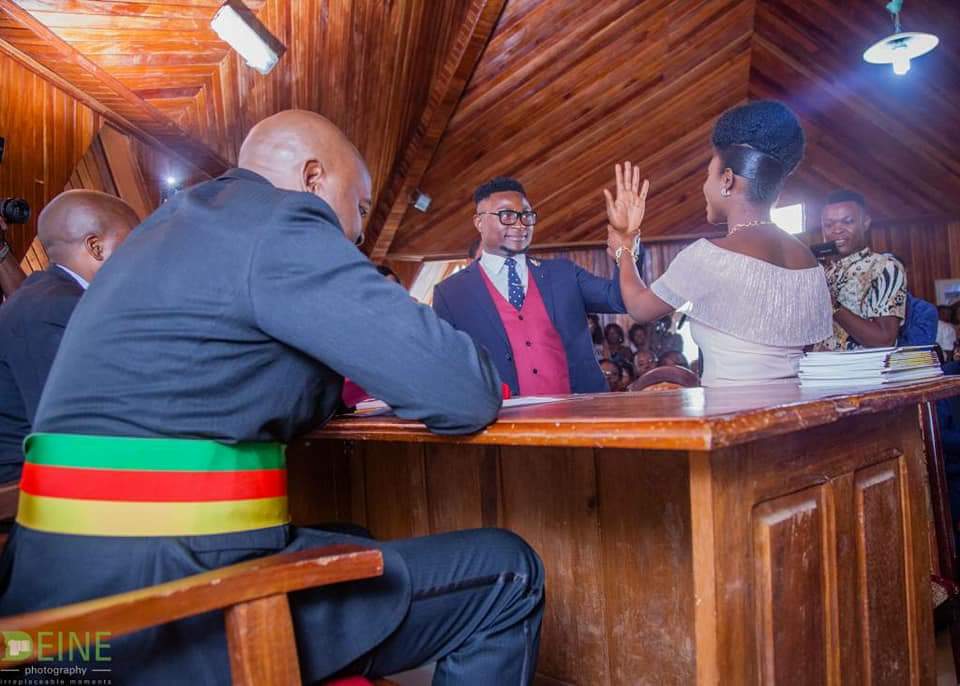 Writing and producing content is my life! I mean...10 years of working experience can do that, right!? Follow me @joanngomba
Related ItemsDivine PolyvalentFeaturedToghuTraditional Weddings
← Previous Story What you didn’t see at the Bonteh Digital Media Awards 2017
Next Story → Bonteh Digital Academy coming up in Buea