Home / Joan on Sex / Joan On Sex: Toxic Relationships and Why Women Are So Obsessed

Joan On Sex: Toxic Relationships and Why Women Are So Obsessed 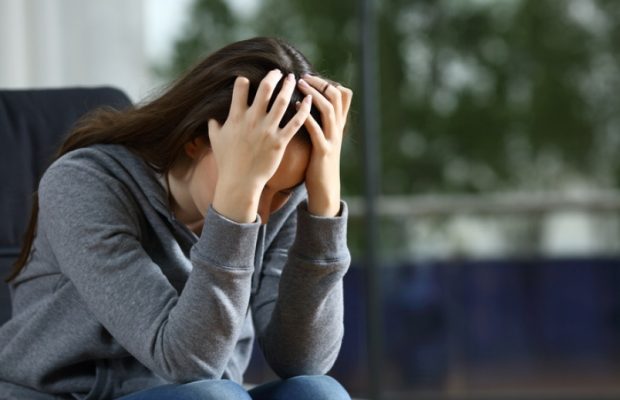 I have really never understood why ladies would stay glued to a relationship which brings nothing but bad luck, misery and agony to their very own existence as human beings. But here’s what I have recently found out about toxic relationships and why women are obsessed.

With the rise of the #MeTooMovement and other women empowerment organizations around the world, one would think all women will be excited to see life with a man very differently. That they would realize their power and relevance in relationships as a 50% input. But, this is shockingly not the case.

In Cameroon (where I come from), not all women are willing to let go of the stereotypes which plague love relationships today. The mentality or orientation about women being in second place, they should depend on their men for their livelihood, be submissive in order to maintain a good relationship, have children to please their men and many other craze is alarming till this day. But what is most shocking to me is that some women will rely on all these things and careless if they are repeatedly been verbally or physically abused by the same men they are supposed to be submissive to.

“If he doesn’t get jealous or act possessive or even beat me up once in a while, he doesn’t love me,” an older woman once explained to me in a public bus. Let’s just say, I am still shocked by this statement.

So many Cameroonian women remain in relationships which go nowhere. They are been sexually assaulted, trash-talked unto, not taken care of or even loved by their men but they claim it is better than being lonely.

I have a friend whose boyfriend is nothing but a complete jerk.  An illiterate rat who thinks having money makes him a man. For that reason he has no regard for his woman (my friend). To him, she is just an item, his possession… something he could use, reuse or even trash out whenever he damn pleases. Please, don’t ask how I feel about this because this is me trying to be so polite with the way I see that idiot!

I’m someone who would hardly jump into conclusions about anyone’s relationships because as they say, “between man and woman, no put your mouth dey.” So true! But I deeply detest an abusive relationship all in the name of, “that’s the way he shows his love for me”. What if you die in the process or lose sight of who you really are? What happens to that his love and the way you felt it?

It’s easy for me to understand why some women, including myself, would love rough sex:  pulling of hair, tiny facial slaps, booty spanks and so on but I can never understand beatings, verbal insults, and public embarrassments as signs of true love. Maybe some ladies get confused with these two scenarios. But it’s simple; one is for pleasure and the other is to degrade another partner. Get it?

I hear a tribe in Cameroon called the Ewondos are very familiar with abusive relationships. To the women from this tribe, it’s alleged that they could get orgasms from a man who beats them on a daily; whether in public, in front of their kids and families or even in the safety of their bedrooms. To most of them, it’s sexy and shows she’s loved by him. A lady explained to me that these women have made their men continue to perform these devilish acts because they find it romantic. (WTF!?) The women from this tribe are alleged to love sex more, they are very quarrelsome and could kill for their relationships.

If beating up a woman and degrading her in public are signs of love to some women, then these acts of violence will never end. Being possessive and super jealous in any relationship is never okay, in fact, it usually ends a love affair or marriage in disaster. But then, some of my fellow females thinks it’s the best thing that could ever happen to them and their romantic lives.

For its absence will only tell them that the men are not into them, cannot love them, cannot fight for them, cannot flaunt them off in public and are definitely not willing to be with them.

It is and will always remain a difficult school of thought for me to properly understand but of course, what do I really know about toxic relationships when all I have ever suffered from a man is betrayal and not slaps?

Writing and producing content is my life! I mean...10 years of working experience can do that, right!? Follow me @joanngomba
Related ItemsFeaturedJoan On SexLove and RelationshipsSexToxic Relationships
← Previous Story Is One Dick Enough?
Next Story → He Made my Sex Fantasy a Reality