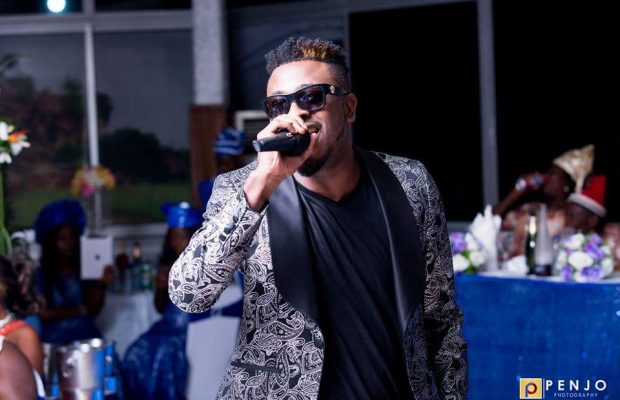 It’s been a slow start of the year for music star, Tzy Panchak but the singer has just announced he’s about to release a new song this February just when rapper, Jovi Le Monstre dropped his fourth studio album, ‘God Don Kam’.

The feud between singer, Tzy Panchak and rapper Jovi Le Monstre is far from over as the Blu Nation singer just took a swipe at the ‘Don For Kwat’ rap superstar on his Instagram. Back in November 2018, Tzy and Jovi got into a nasty controversial feud on social media where Jovi slammed Stanley Enow‘s hit song, My Way (which features Panchak and Locko). Panchak replied calling the rapper a negative person who spends time trying to bring everyone down instead of supporting and encouraging. Jovi fired back claiming he didn’t know who Panchak was nor know how to pronounce his name. He instead told his fans that Panchak was the “Cameroonian Davido” and sounds like a Nigerian. The singer replied:

“I will say this for the last time so let it sink in Pa Jovi. No one I repeat no one can stop me only God . You no sabi any of my songs but you know I sing like Davido or sound Nigerian. Some dull thing . ‪You are so NEGATIVE all you do is always try to talk down on your own people, such a negative human being . You will never let that happen ?Are you kidding me ? Wah God father for Cameroon music in your head‬ . Now to reality let me tell you who you really are…”

It’ clear Panchak hasn’t released anything since his feature on Enow’s ‘My Way’ but  his label, Blu Nation Records has announced the singer will be dropping a new joint this month.

This announcement came after a gossip blogger, Esaw Dilis put the singer on full blast on social media claiming he’s having financial struggles and could be evicted from his house in Douala.  She also claimed Panchak could also be dropped out of Blu Nations label.

Panchak responded by showing off his exotic crib on his snap. Now, fans want to know if Panchak will sing about his clash with Jovi in his new music. Dcoders, what do you think?

Writing and producing content is my life! I mean...10 years of working experience can do that, right!? Follow me @joanngomba
Related ItemsBlu NationFeaturedJovi LeMonstreStanley EnowTzy Panchak
← Previous Story Female filmmaker Florence Nkeng to premiere debut movie ‘Drowning’ in London
Next Story → Cameroonian Celebrities Who Love Revealing Too Much in Instagram Photos