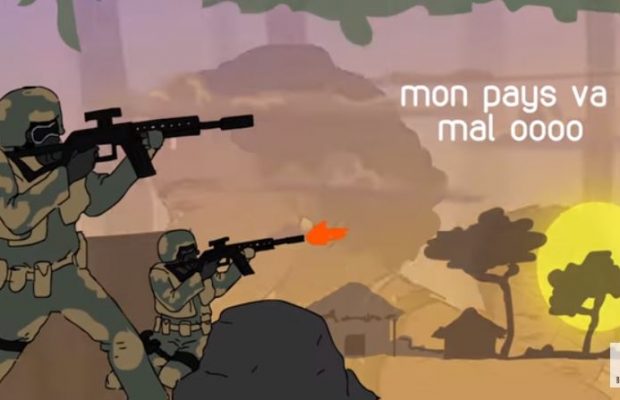 Tzy Panchak, Vivid Smith, Tina Vernyuy and Cleo Grae reunite once again for another powerful collaboration titled, ‘Who Be Actor’ and the new song speaks volume.

The quartet is back with a new song,  after their 2019 hit, ‘Na So’ made waves across the nation. Their new song, ‘Who Be Actor’, song sends out a message of hope, but also condemns police brutality and the use of arms on innocent Cameroonian citizens.

‘Who Be Actor’ is dedicated to those who died in what has now been termed a genocide at a rural community called , Ngarbuh in the North West Region of Cameroon.

The music collaboration comes nearly a month after the famous ‘Ngarbuh Massacre’ on Valentine’s Day where 22+ civilians lost their lives, including 14 children 9 of whom were below five years old, from an armed conflict between Cameroonian soldiers and Fulani extremists.

In the wake of that horrible incident on February 14, singer and songwriter, Tzy Panchak brings together his favourite group of young talented musicians to help him put out a message of peace  and also call out on the wrongful use of guns on children, women and innocent men.

‘Who Be Actor,’ produced by Tony EF questions who is supposed to protect innocent Cameroonians during this three year old Anglophone Crisis, especially when soldiers have been accused of gunning down citizens for no just reason.

In the song, all four singers agree that “country don spoil” and embarks on a mission to remind everybody that peace and justice are desperately needed in the country.

This is clearly another one of the Blu Nation singer’s concious music projects where listening to his lyrics will explain further more into his thoughts.

Enjoy the animated video below, directed by Mangik Studios.

Writing and producing content is my life! I mean...10 years of working experience can do that, right!? Follow me @joanngomba
Related ItemsCleo GraeFeaturedTina VernyuyTzy PanchakVivid SmithWho Be Actor
← Previous Story Salatiel is most viewed Cameroonian artist on YouTube