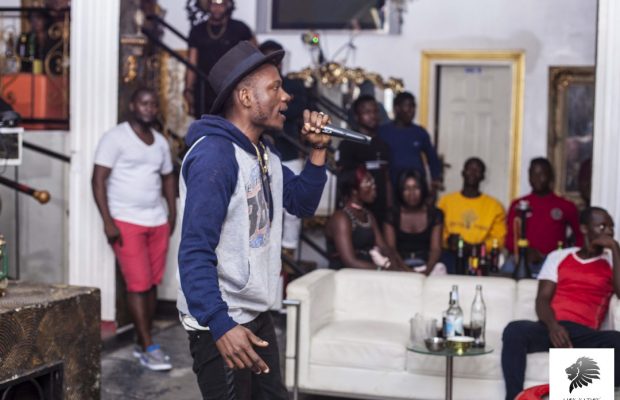 Vivid is one of Cameroon’s fast rising singers who has stolen the heart of one of the country’s most talented music producers, Akwandor a.k.a Blaise B.

Before he was ever heard by the Alpha Better Records star,  here’s what you need to know about the guy who could be the next big thing! 1. He is a Bakossi boy living in Buea but who says music can’t take you places? He was born Ngede Smith and is now been referred to as Vivid. A name he picked up back at Progressive College, Mankon when his friends thought he was always being so precise with his views, lyrics and songs.

2. Vivid was once in a popular music group, Da Realm Squad alongside three other members. But by 2014, he was left with his friend, artist and producer Abz and signed to Lolhi Pop Records, now known as Calabash Music. The young singer began running his solo projects in 2016 when his group faced a hitch. His first solo track was released in 2017 titled, ‘Bogolo’ (Balling Going Low).

3. Vivid sings and writes his own songs and is looking forward to learn how to play the piano. He began music as far back as his school days (PHS Kumba) where he was always performing covers of other music stars. He used to perform at social nights and in his class to the admiration of his colleagues especially the girls. 4. The young singer hasn’t just written his own songs, he takes pride to have written music for Wax Dey and music group Fluri Boyz. He takes credit to have co-written the group’s popular hit song, ‘Jamais Vu’.

5. Vivid is now signed to a Limbe based label called, Neat and Mani Production as a solo artist even though he is still under Calabash as a group member under Da Realm Squad. He is currently working on new music. He has a new video for his song, ‘Remember Love’ but did a unique cover of Justin Bieber‘s “Love Yourself” song and calls it ‘Belle’… still to be released.