Will Rap Ever Fetch Cameroon Another MTV Africa Music Awards? 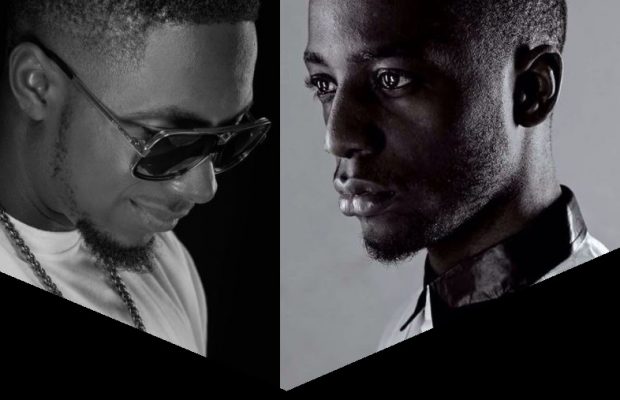 Stanley Enow is the only Cameroonian rapper to have bagged an MTV Africa Music Awards (MAMA) in 2014. But with the way things stand, no other Cameroonian rapper would win this award if they continue to release only diss tracks against Lyrical Joe!

Thanks to his 2013 hit single, ‘Hein Pere’ and a massive support from Cameroonians across the globe, a then rising rapper, Stanley Enow beat Burna Boy, Phyno and Uhuru to become the first and only Cameroonian nominee to take home the “Best New Act’ trophy at the MAMAs 2014 in South Africa. Since then, it’s been a ‘catch me if you can’ situation for all Cameroonian musicians and the MAMAs.

Today, the rap music story is different in Cameroon. Young rappers spring up every single day with songs directed at one individual – a fast rising rapper in Ghana called Lyrical Joe – who also happens to be a fervent follower of the Ghanaian rap god, Sarkodie. How did it all happen? Jovi, best known for his controversial tweets, took offence at MI Abaga’s exclusion of his name in his widely watched 10 minutes long ‘Martell Cypher’, and called out the Nigerian rapper for being disrespectful. He even went ahead to challenge the rapper and all those who featured in the cypher tweeting, “I will body you and all your rappers”. Well, MI replied with a pair of eyes and a cup of popcorn emojis. Let’s just say, Jovi didn’t come through with a “Big Bang” response as was expected by his fans.

Few days later, he was on to the next one, Sarkodie. The Ghanaian fastest rapper didn’t bother to respond to Jovi, leaving room for his young follower, Lyrical Joe to step in with a track which literally schooled Jovi about Cameroon and her music industry. Since then, it’s been a ‘Thug of Rap’ between Joe and Jovi and a bunch of young lads speaking in tongues on every beat they can possible find.

Question is: How is this helping the Cameroonian rap game? Since October 2019 to present day, Cameroonian rappers have been struggling to produce that one rap song which they hope to knock down Lyrical Joe and his bite on the wounds of Cameroon Hip Hop. From Young Holiday, Wan Shey and most recently King B, the main target for almost every young rap artists seem to Lyrical Joe!

Mind you, there are exceptions to this trashy beef! Young Holiday, Wah Shey and Pascal have all released Eps/Albums with good songs which do not only glorify their lyrical delivery but speak power, respect and reality to the masses. Even then, they couldn’t resist a little diss song for Mr Joe!

Drake succeeded in getting a nod at the Grammys 2015 for Best Rap Performance thanks to his diss track, ‘Back to Back’ against Meek Mill but ever since, it’s been very difficult to get more rewarding diss songs at music’s biggest event. So, what makes Cameroonian rappers to believe that a diss track against Lyrical Joe could earn them nods at the MAMAs, Canal D’Or Awards, Balafon Music Awards, Urban Jamz Awards… or any other international music award for that matter?

Even the musical production of Cameroonian rap artists have not been able to make much impact beyond their own narrow fan bases in Cameroon. They seem not to have mastered the recipe for international dominance beyond beefing Lyrical Joe.

Many fans are struggling to understand if their responses to Lyrical Joe is out of patriotism, selfishness or it’s egoistic? Why are they so focused on bringing down a foreign rapper’s lyrical prowess in Cameroon whereas they could use that same energy into building their lyrical strength, rap battle proficiency and image as a powerful 237 rap industry? Wait! If these rising rappers could mock Stanley Enow’s music – the same guy who gave hope to urban musicians to dream bigger when he won his 2014 MAMAs – why then would they spare an up and coming Ghanaian hip hop artist who is bold enough to go toe-to-shoulder with a self-acclaimed Cameroon rap god!?

But could these rap deliveries today fetch the nation another MAMAs?

Writing and producing content is my life! I mean...10 years of working experience can do that, right!? Follow me @joanngomba
Related ItemsCameroon MusicCameroon Rap MusicFeaturedJovi LeMonstreLyrical JoeMTV Africa Music AwardsStanley Enow
← Previous Story Stanley vs Enow Tour Concert: The break down
Next Story → Witty Minstrel drops ‘Be Proud’ video but fans are disappointed